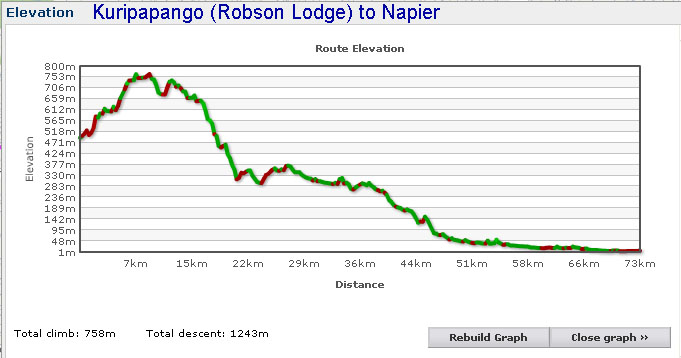 The start of a new day at Kuripapango. 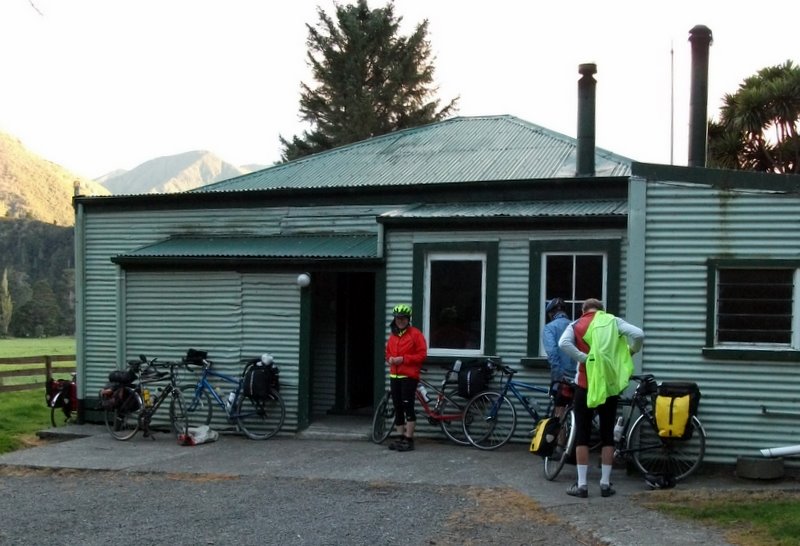 There had been very strong wind overnight and it was still blowing when we left Robson.
It made riding on the 10km of gravel road from there somewhat difficult at times, with strong cross winds.

At other times you suddenly found an invisible hand giving you a boost uphill.   There were little
willy waws blowing in the dust.  Looked quite impressive.  But they were not captured on film.

However, this is what the wind looked and sounded like as we had morning tea at Otamauri.

From there it was cruisy down hill riding with a good tail wind.  Suddenly you come
over a crest and round a bend and there is Hawkes Bay opening up in front of you. 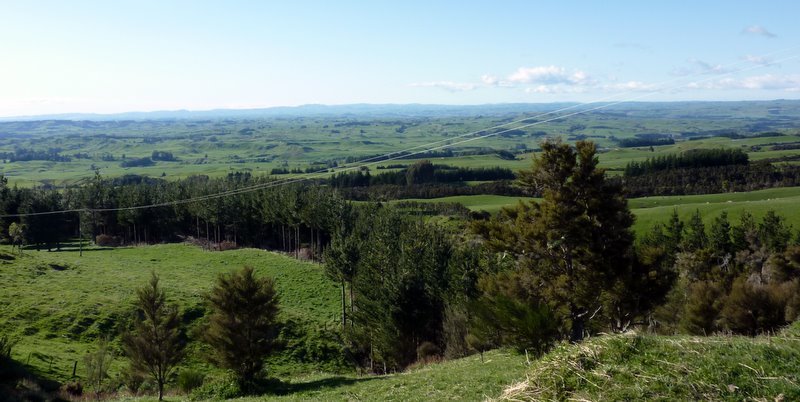 Annette and Steve turned round and started riding back.
They were finally dissuaded from such folly. 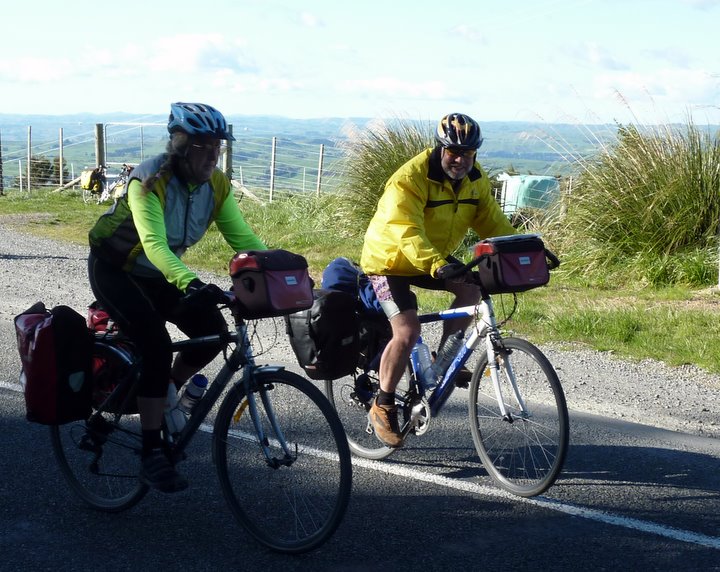 This was the view from Bluff Hill later in the afternoon.
There was rain up in them thar hills where we had come from. 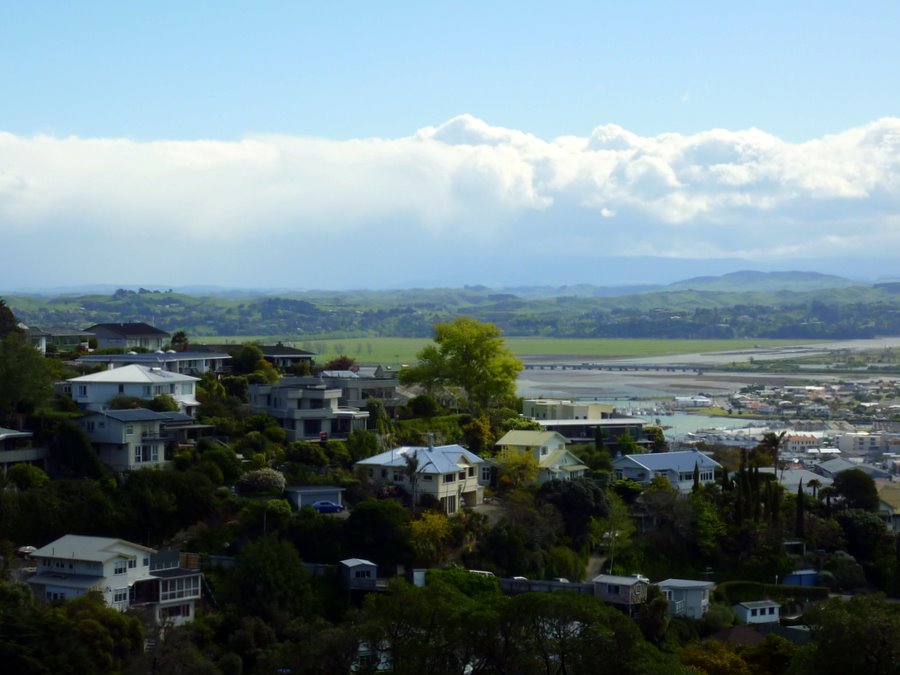 And so another great ride is completed and filed away in the memory bank.

Already there is talk about where to next!!

The time in Auckland, New Zealand is

Photos : Mack, unless they were taken by Ron.

Want to tell the Webmaster something?