Piano Hill to Whangaroa Here we are just before leaving Piano Hill, north of Whangarei. 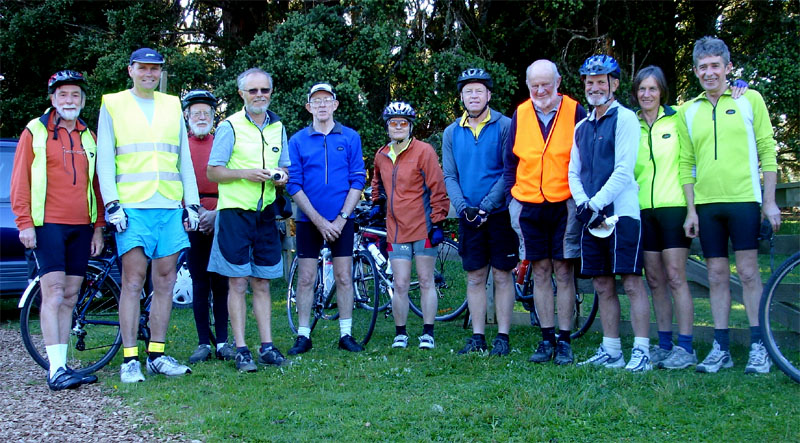 First of many coffee stops, in the lovely café overlooking Helena Bay. 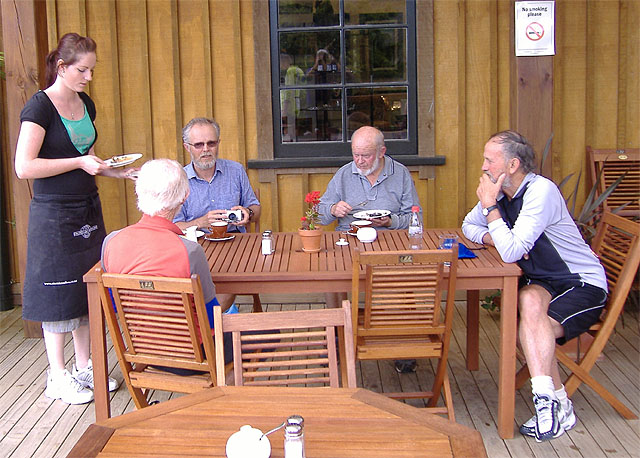 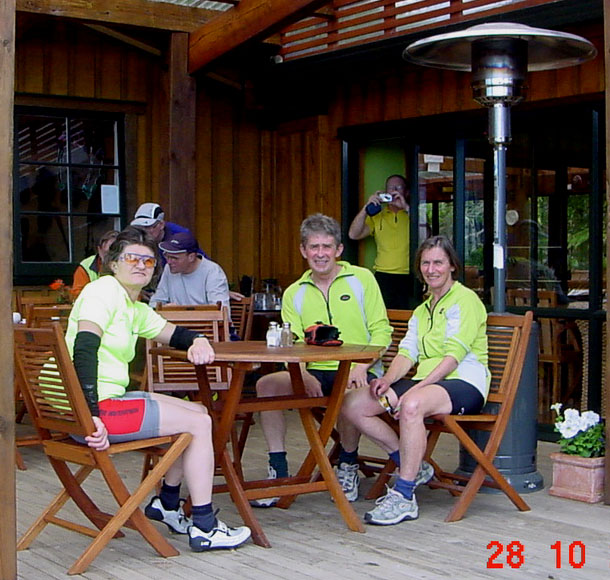 Here's the view.   It was hard to leave. 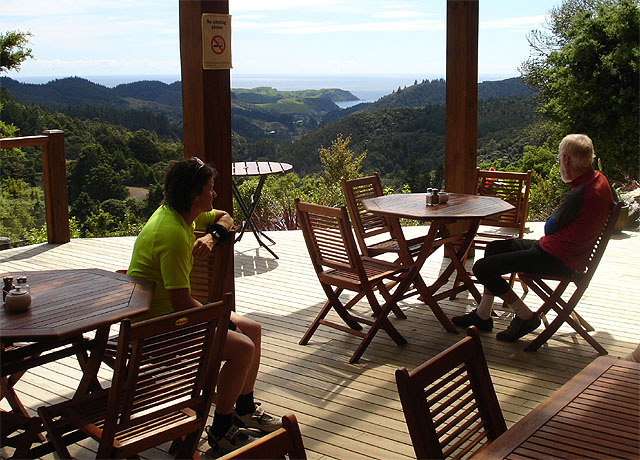 There was an art gallery  attached to the café.  These were a couple
of corrugated iron paintings on display outside. 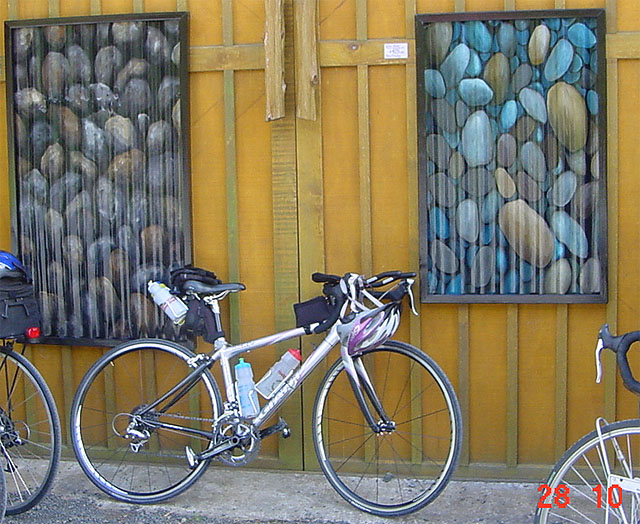 There was a great downhill buzz from the café to the beach. 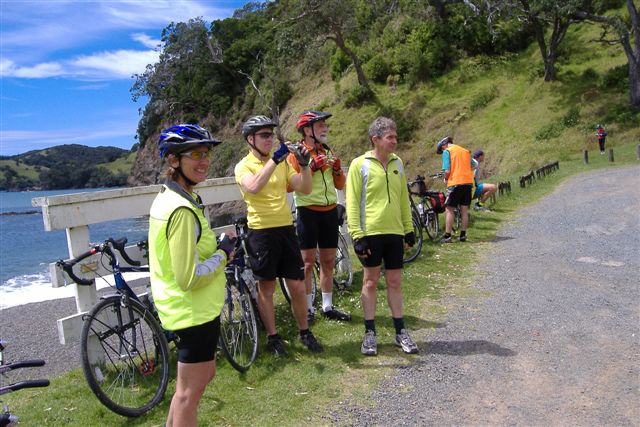 Poor Knights (way in the distance),  Home Point, and Taupiri Bay
from the coastal road to Russell. 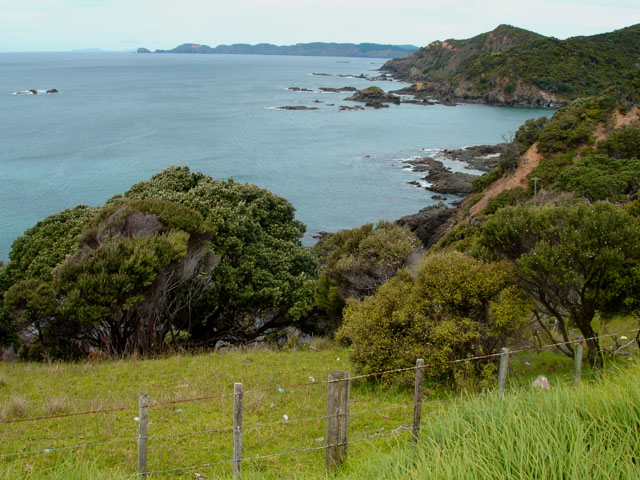 The riders who took the direct route to Russell had a beautiful
ride through bush arching right over the gravel road. 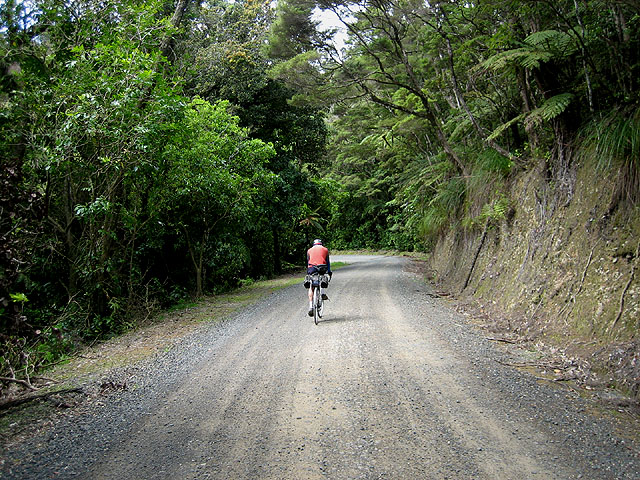 Waiting for the ferry at Russell. 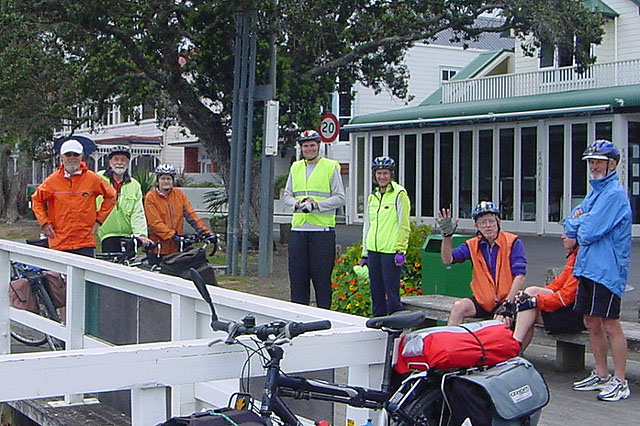 Day two promised rain, and it was there as our ferry arrived to take us from Russell
to Paihia.   Our skipper gave us a close look at "The World" as we made our crossing. 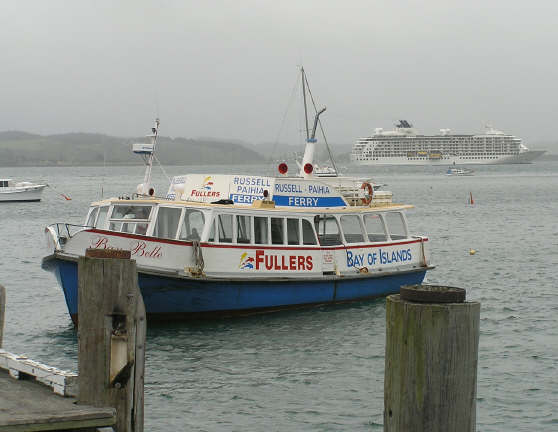 The rain cleared and we could enjoy having no other traffic while tootling
through the Waitangi Forest on the way to Kerikeri. 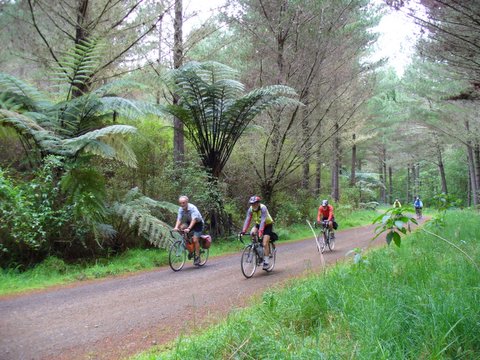 Then disaster stuck when Pelham came off rather awkwardly in the gravel.
Fortunately there was cell phone coverage and we were able
to call for an ambulance.  It was not long before Pelham was whisked off
to Whangarei Hospital where his broken leg was well looked after. 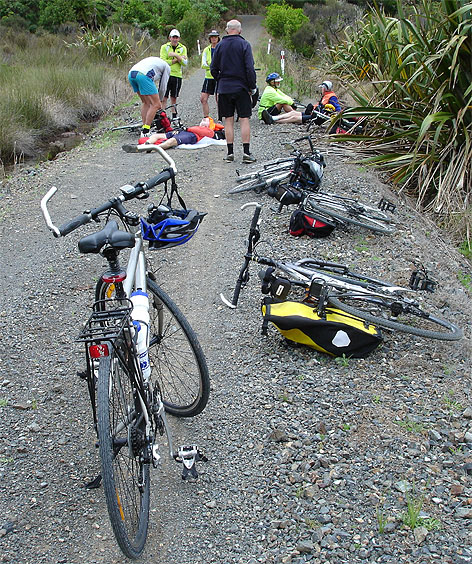 As we were seeing Pelham off, the rain really started and we were quite damp
by the time we reached Kerikeri.  This is lunch in the shelter of the local library.
Fortunately Neale and Lyn had a gas cooker which we used on a number of occasions
for a roadside brew. 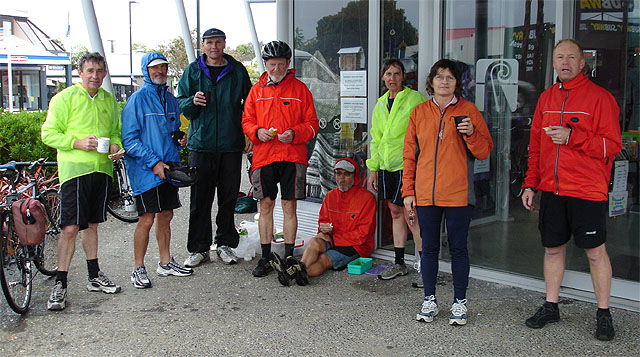 A damp departure from Kerikeri, passing the old stone store. 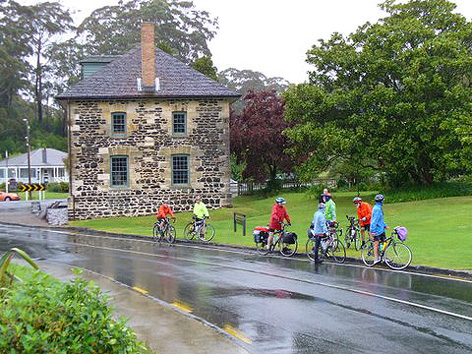 When we reached Whangaroa we were no longer damp - we were completely soaked.
Out came this long, long clothesline and so did the sun.  Everyone felt much better
after a hot shower and a change in to dry clothes. 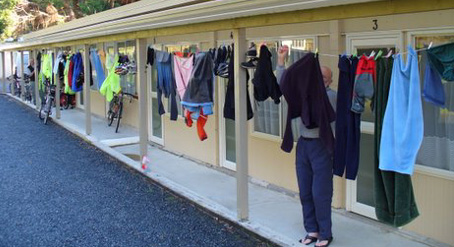 In fact, we felt so good after our evening meal that, just before sunset,
we rode from the camp to downtown Whangaroa . 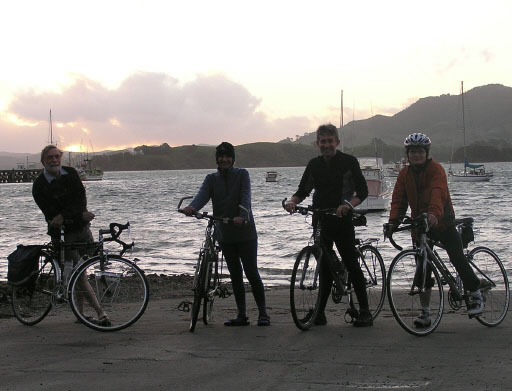