Whangaroa to Ahipara
via Kaitaia, Cape Reinga, Waitiki Landing
and Waipapakauri Sunshine and coffee on the waterfront at Mangonui.
All is well with the world again. 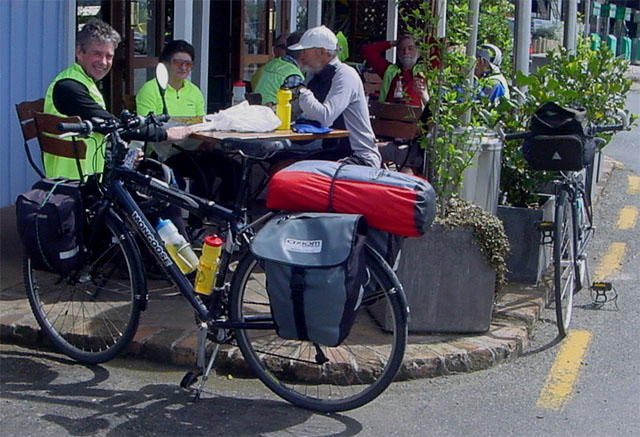 The café at Mangonui is still waiting for its first complaint. 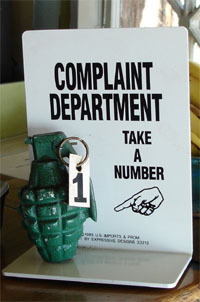 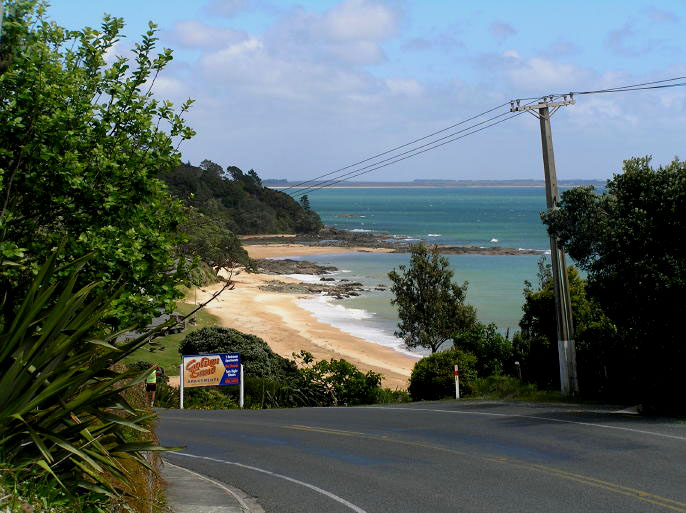 Taipa.  We had our lunch along the beach here. 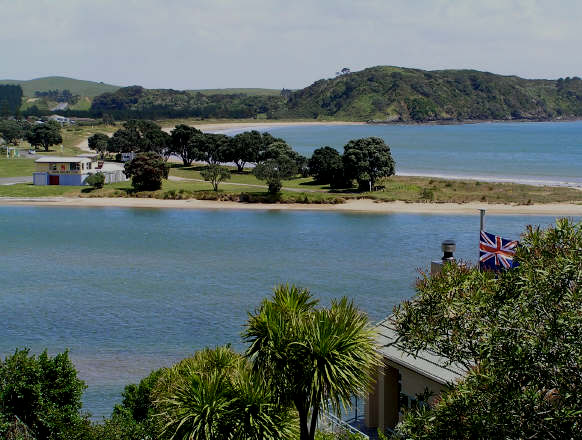 Heading west towards Kaitaia was hard work in to a strong head wind.
This was a well deserved stop at the top of a decent sort of hill not too
far from Awanui - and ice creams.

Next day the cloud cover was back.  And look at the clothes.
Winterless North  -  Yeah right.
This was just before we left Kaitaia.  Our bikes went in the furniture van
and we went in the 12 seater bus.  This took us along 90 Mile Beach
and up the Te Paki Stream to Waitiki Landing. 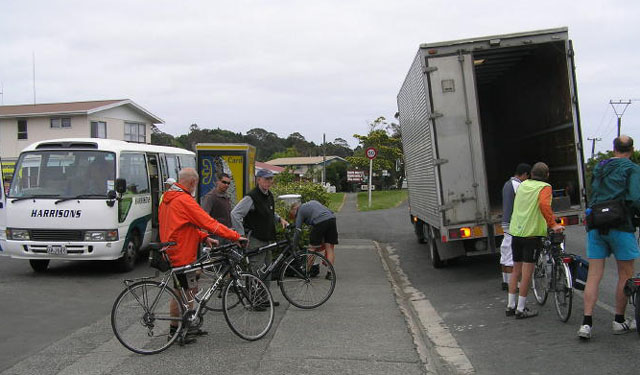 As our bus drove on to the beach we came across this car.  The driver wished he had not
been so adventurous.  He had become stuck only a couple of metres from the
seal at the end of the road.  We took pity on him, giving him a push.  He immediately
turned tail and headed back up the road. 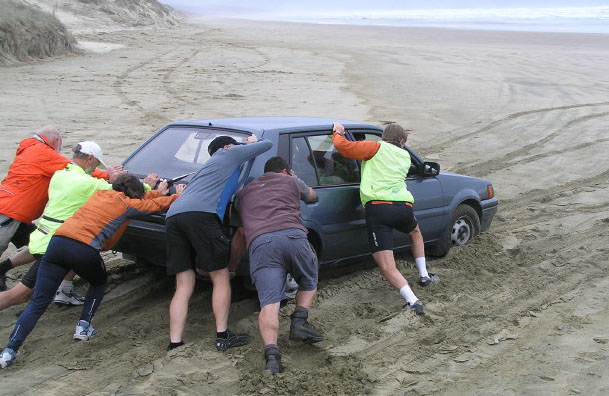 From Waitiki Landing, the road to Cape Reinga is unsealed.  The gravel was difficult
and there were many hills.  And, of course, lots of tourists in cars, campervans,
and a few buses.   We had planned to eat at the Cape, but about 5 km before it
most of us gave in to the need for a feed.

Along this road we took turns at being the northernmost cyclist in New Zealand.

Finally, there it was.  The Cape and the Lighthouse looking just like
they do in all the tourist and calendar photos we have all seen. 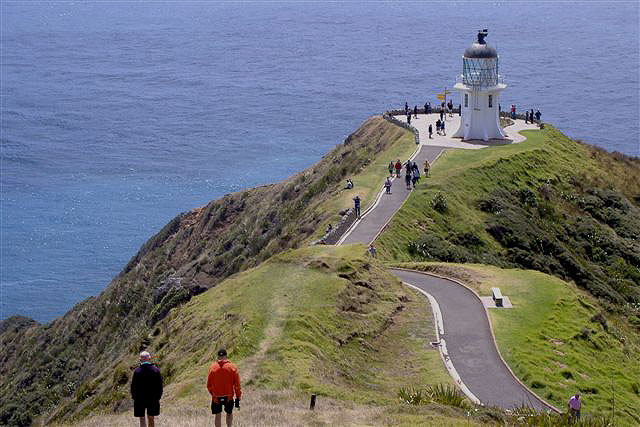 It looked like Robert was the only one to have ridden right to the top. 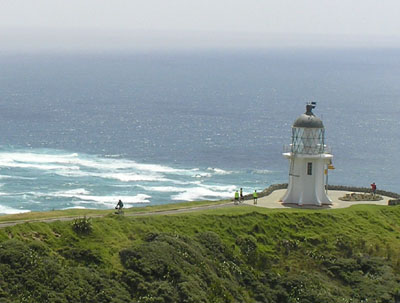 The 9 most northerly cyclists in new Zealand. 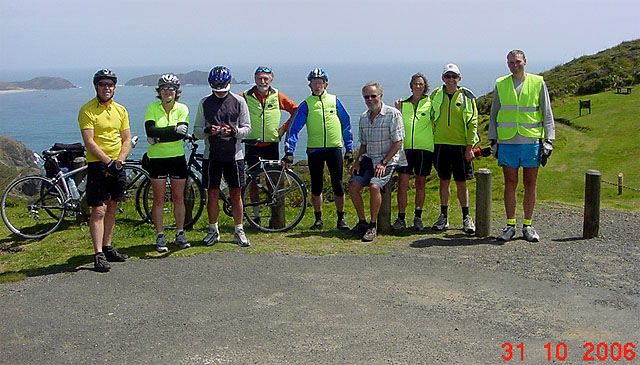 The next day we were back on sealed roads, heading south to Waipapakauri.
This was the lunch boil up at Pukenui on the Houhora Harbour. 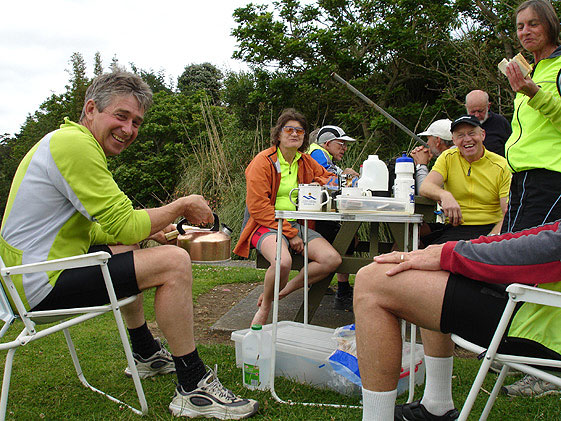 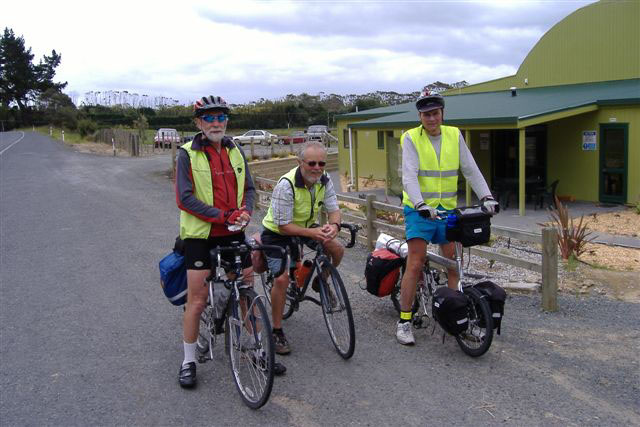 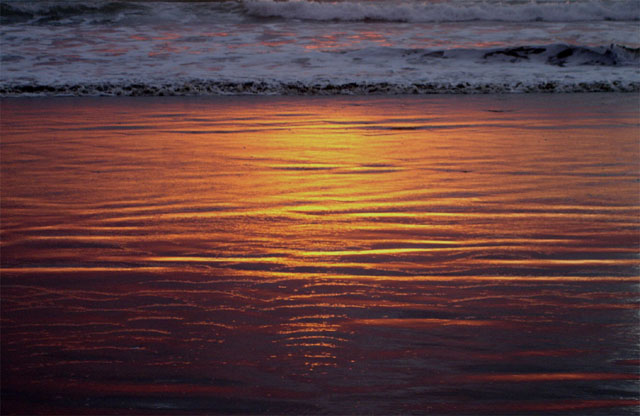 At Waipapakauri, the camp had an added attraction - this lovely Lab.  Like
all Labs he was very interested in what we were having for breakfast. 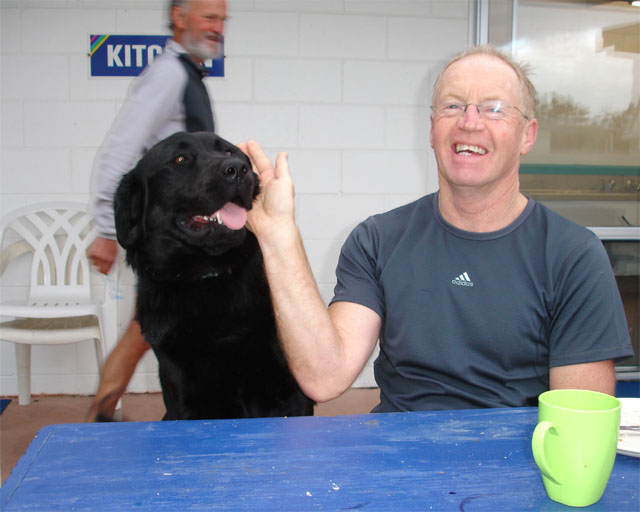 I'm sure Neale had more than just those fizzy drinks for breakfast  -  I hope. 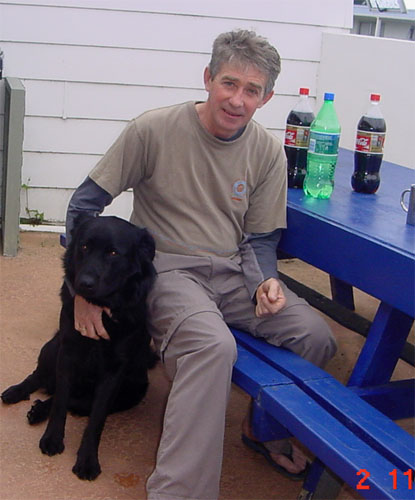 Most of the riders decided to ride along the beach from Waipapakauri
to Ahipara.  Christine ran the 15 or so km, as part of her Ironman training.
(I suppose, in this tedious PC world, it will not be long before it's Ironperson.)

Getting ready to leave Waipapakauri.

These guys (and guyess) seem to have found something interesting.  Wonder what it was. 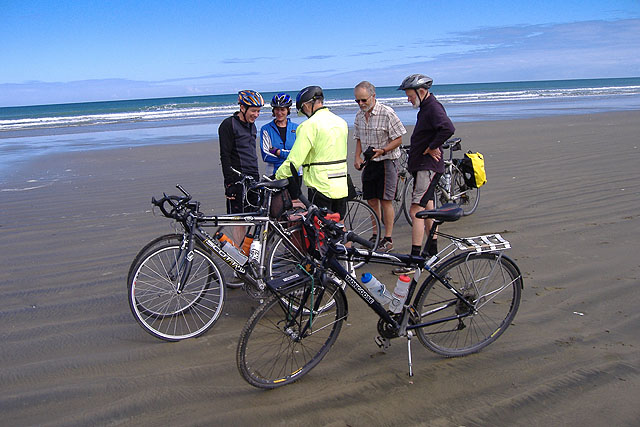 Happy cyclists burning along the sand. 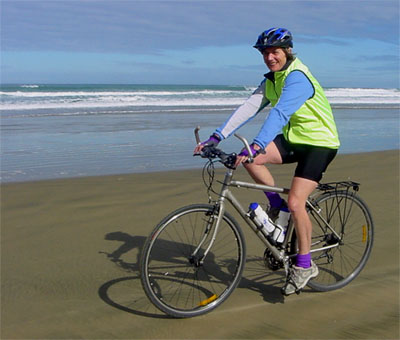 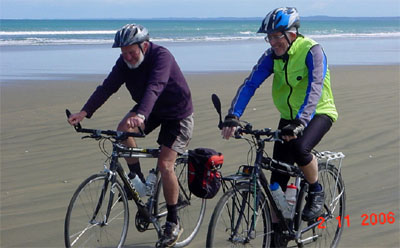 Tyre art on the beach at Ahipara. 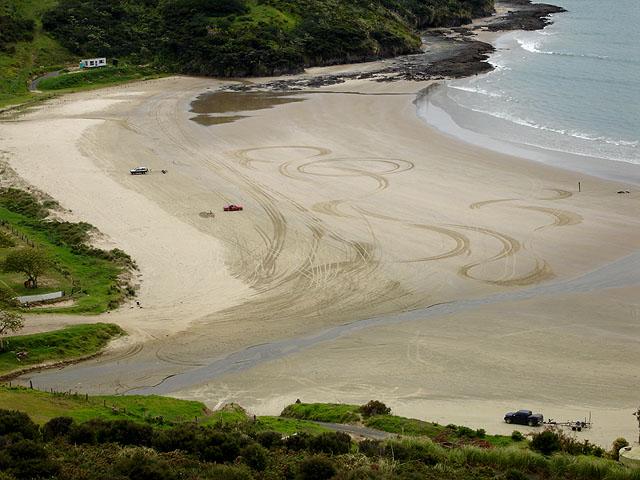 We frequently wondered how Robert actually managed to fit in his tent. 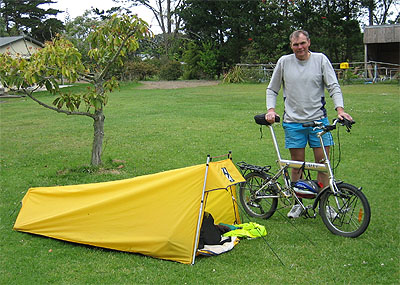