Ahipara - Awarua - Piano Hill
Be careful when you are out riding  -   you never know who is watching you.
This is at the top of the hill about 10km south of Ahipara. 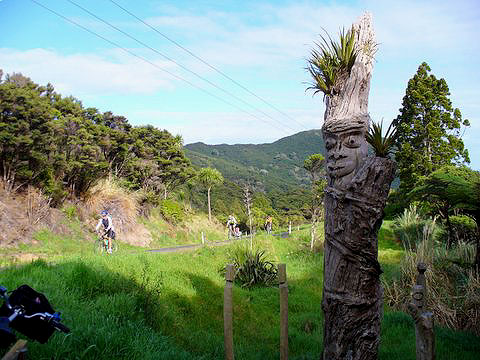 We stopped at Broadwood for a boil up and ice creams and to
discuss the joys of cycling with 4 young Aussies from
Brisbane.  Their bikes are on the left. 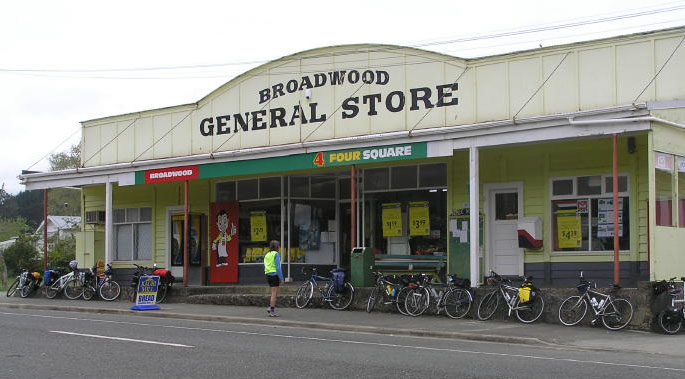 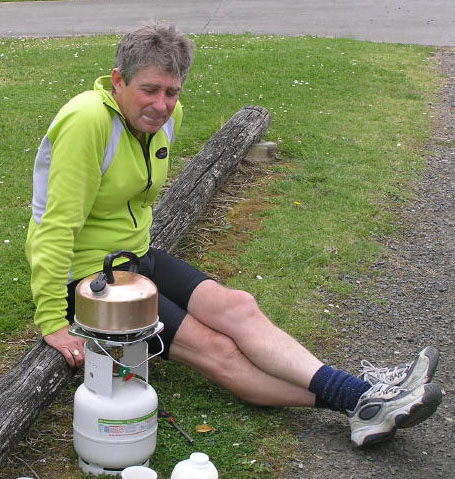 One view of our lunch stop somewhere in the middle of nowhere. 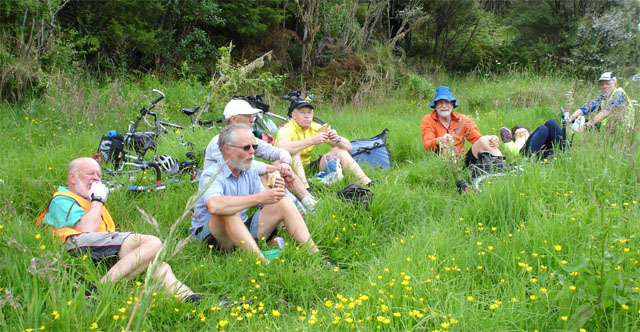 Here's Ed's take on the scene. 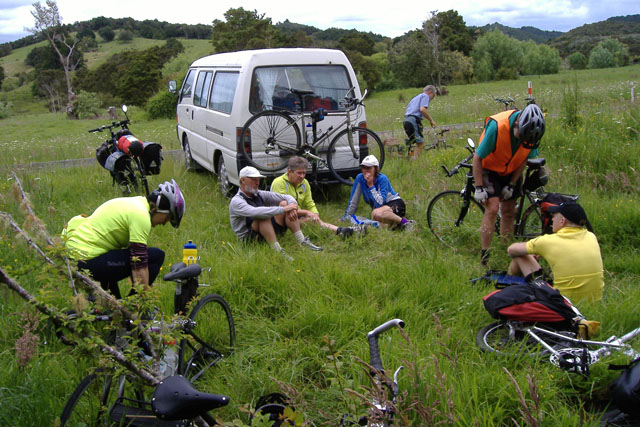 Neale saw it this way. 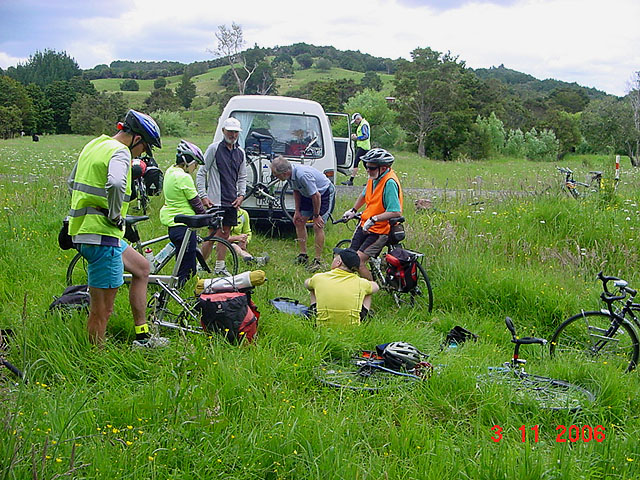 And this was John G's view. 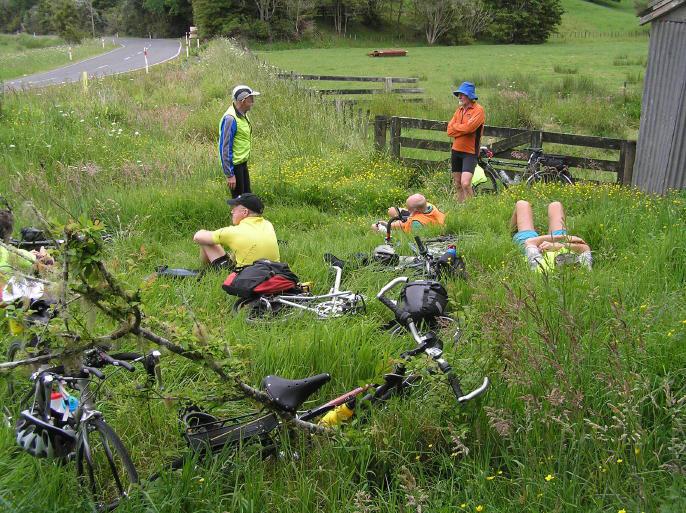 Bishop Jean Baptiste Pompallier is well known for his work at Russell
but his first sermon was actually preached on the shores of the Hokianga Harbour
near Urungaio.   This memorial was erected in 1938 to mark the centennial of that event. 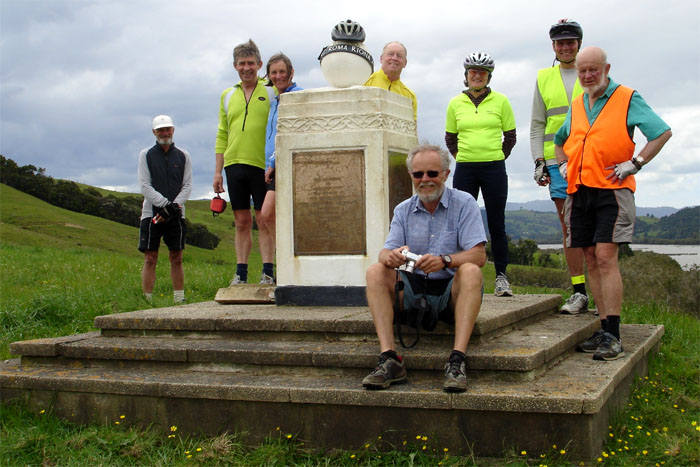 Never drive your truck on to a wharf that's about to fall down.
You may never be able to drive it away.

This scene is world famous in Kohukohu and features on
fridge magnets available there. 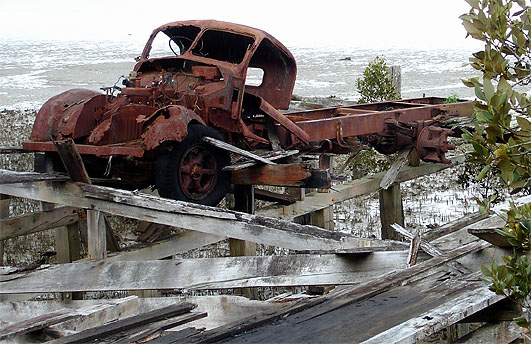 After a week's cycling, having a quiet ziz at The Tree House is wonderful.
Maybe the bird song had something to do with it. 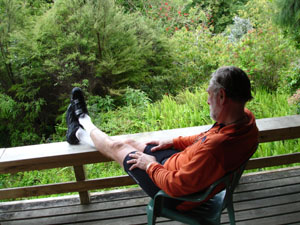 The Tree House must be one of the most aptly named backpackers in
New Zealand, if not the world.  It's a great place to stay.

Check out their web site at http://www.treehouse.co.nz/index.shtml 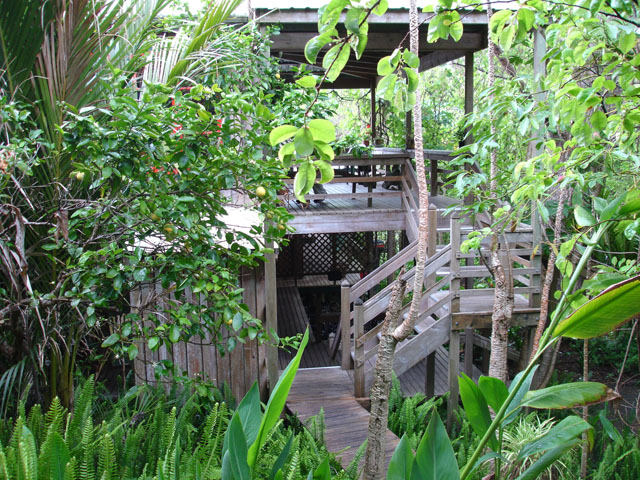 The van going on to the ferry at Kohukohu, crossing
the Hokianga Harbour to Rawene. 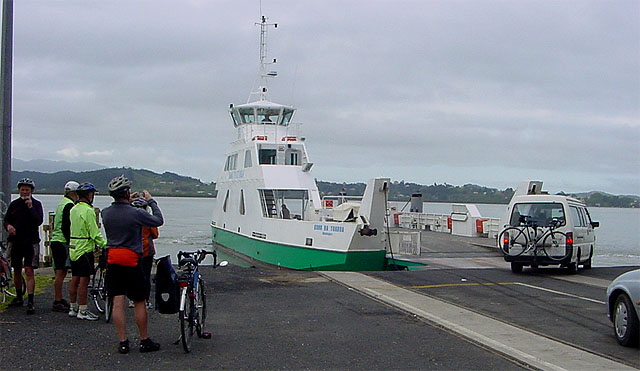 On the way to Awarua we passed through Kaikohe.  This is the view looking south
from the hill where we had lunch.  It was a little daunting looking at the hills on the left,
knowing that we would soon be cycling in that direction.  We were pleasantly surprised
as the road largely followed a valley, with very little hill work involved.

Wallace Wihongi, and his wife Blossom, were our hosts on their
Ururangi Marae.   Wallace kept us thoroughly entertained before, during
and after the delicious meal they served us.

To read more about Wallace, and the work he is doing, check out
http://www.employmentmatters.net.nz/story-textonly.asp?id=340
or do a search on Wallace Wihongi on Google 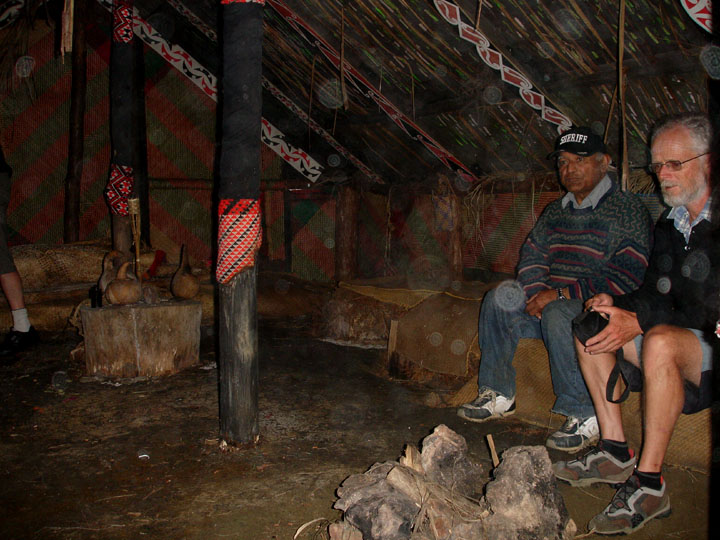 Wallace has collected many interesting artefacts for the village he has created.
Naturally, this bike needed some serious appraising. 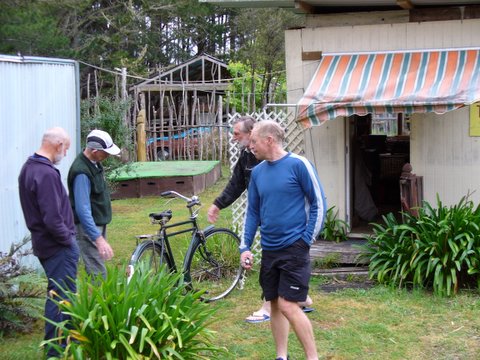 The last day and we are heading along the lovely road near Twin Bridges. 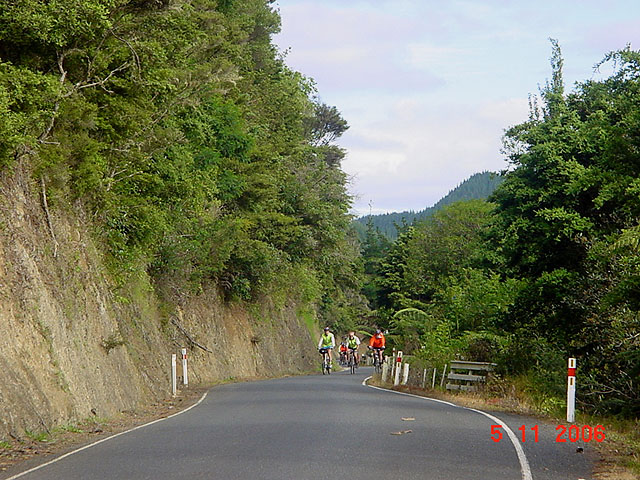 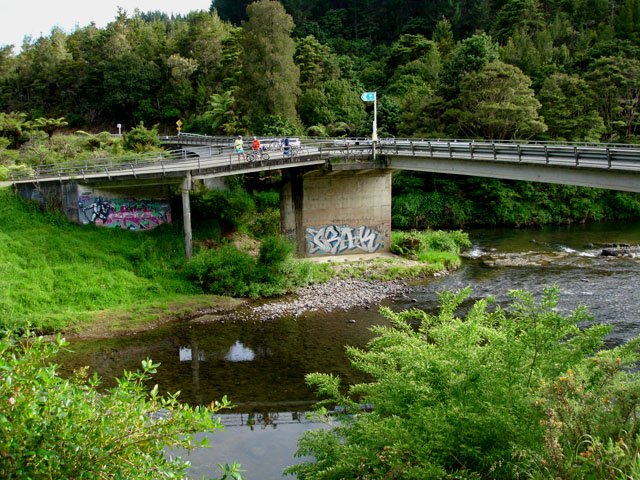