Don't know who thought up that name for this ride, which took us through
the back streets, byways, and paths, of Dannemora, Botany Downs,
Huntingdon Park, Howick, Eastern Beach and Bucklands Beach.

The weather was not perfect, but better than the last time we did this ride.
We did, however, cut the ride short after lunch when the not-too-heavy rain
set in.

After all, we had to think of our three riders who had ridden to the start from
as far away as Mt Roskill and they still had to get home contending with a head wind.

The first light shower threatened fairly soon after the start, so we had an early coffee
in Gracechurch Drive.  And very nice it was too. 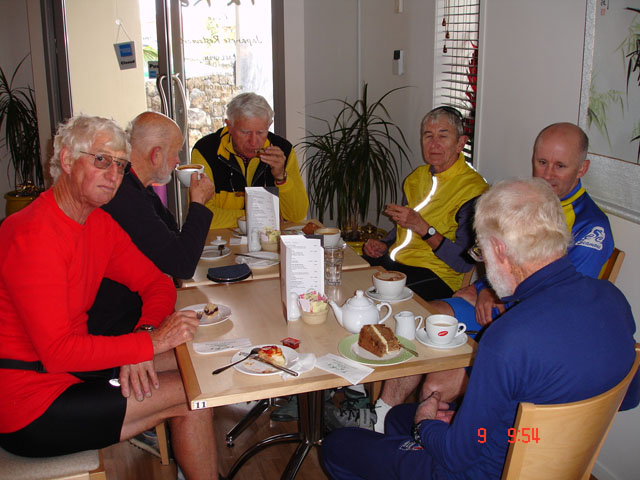 At the McCahill Heights lookout, Bryan decided it would be a good time to check his tyres for
glass.  The affluent gentlefolk of this area seem to think that roads and parks are great
places to dispose of their booze bottles. For out of towners looking at this site, please do not let the above comment stop you from
visiting us - nobody got a puncture. Also for out of towners, that's Rangitoto Island behind Glen's head on the right. 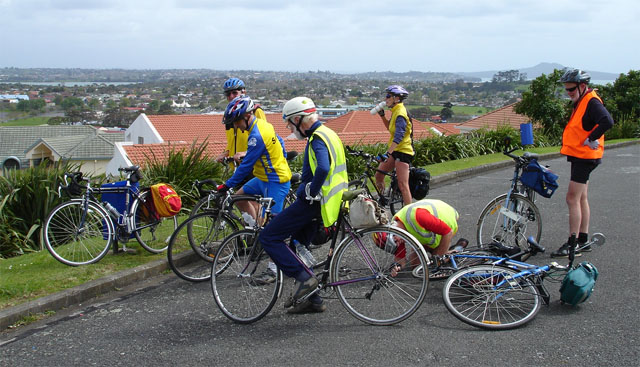 Bryan's examination continues.
Again, for out of towners, on the horizon you can make out One Tree Hill on the left, Mt Wellington
in the centre (with Mt Eden trying to get in to view behind it) and the Sky Tower and some
buildings in the CBD towards the right.
The park in the centre is Lloyd Elsmore Park. 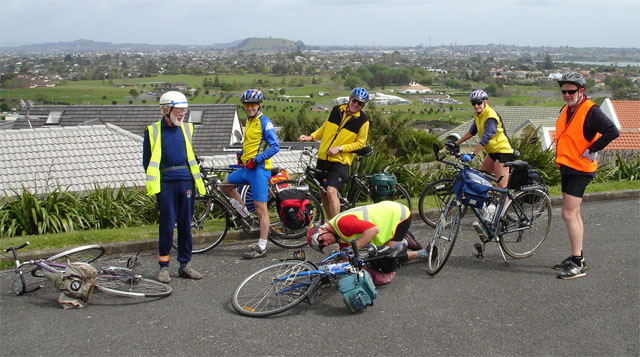 Time to take to the gravel paths throught the McLeans Reserve.
By now it was becoming distinctly overcast. 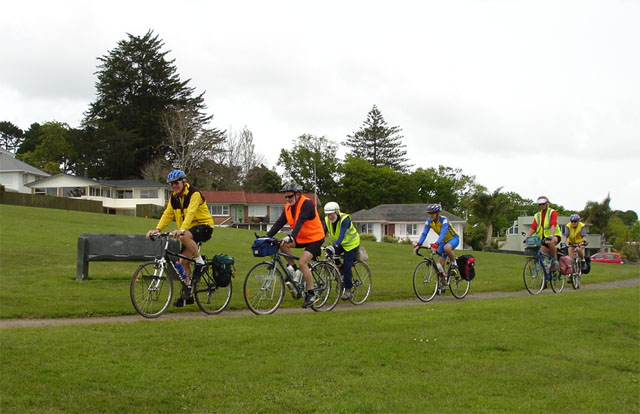 Descending towards the bush to test our skills on hairpin bends, steps, and slippery surfaces.
Unfortunately, there had been quite a bit of rain in the past few days.

Climbing out of the gully we found out path blocked by a fallen tree which obviously had not
withstood the wind yesterday.  It had been gusting to 120 km/h and caused a number of problems
around town, including trees down, power lost to about 17, 000 homes, and a ship being
blown against the Mangere Bridge.

Here Dick, being the bashful gentleman, is holding the tree back to let Glen through. 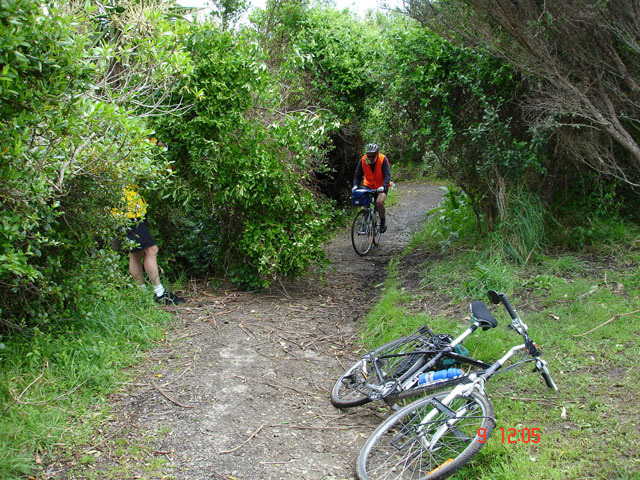 Negotiating a bridge which certainly was not designed with cyclists in mind. 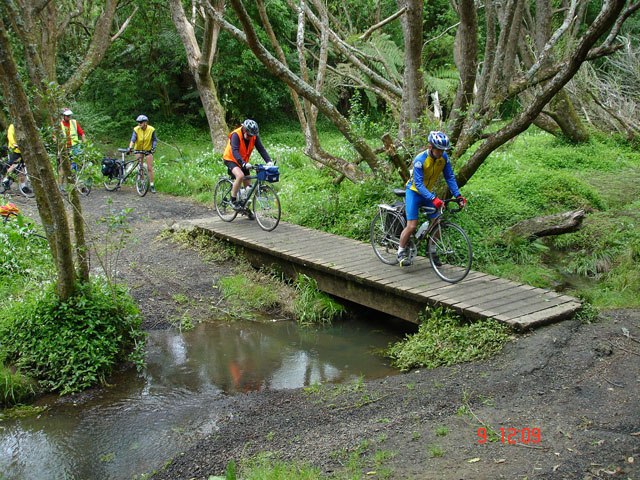 Lunch on Eastern Beach.  Last pic of the day as the rain set in. 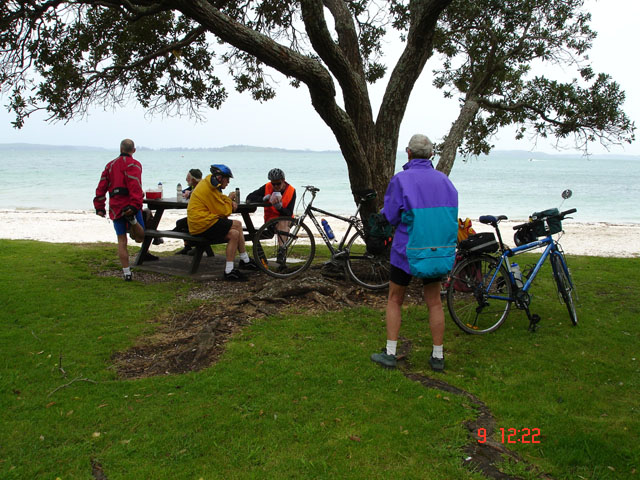