Many Club members were away out of town for the long weekend so there
was only a small, but select :-) , group on Robert's ride today. 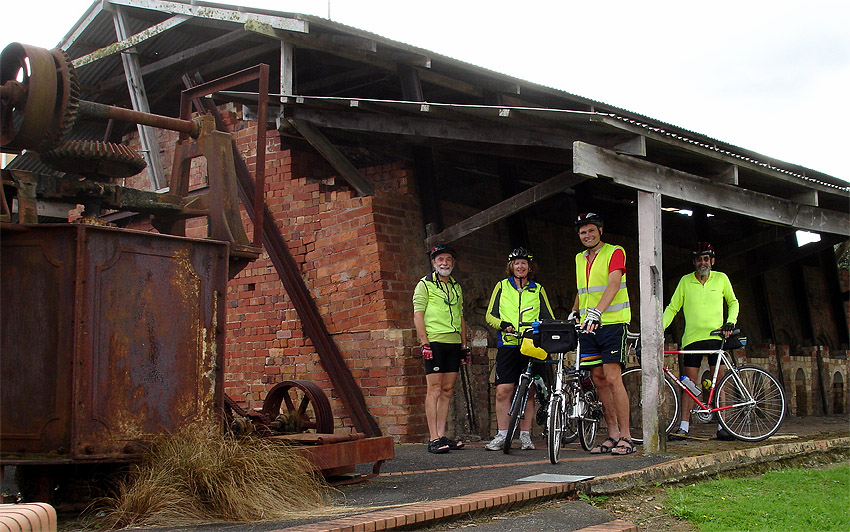 We then tried out the brand new footbridge at the Glen Eden station, where the double tracking of the Western Line is progressing.

We stopped here for coffee in the old station. 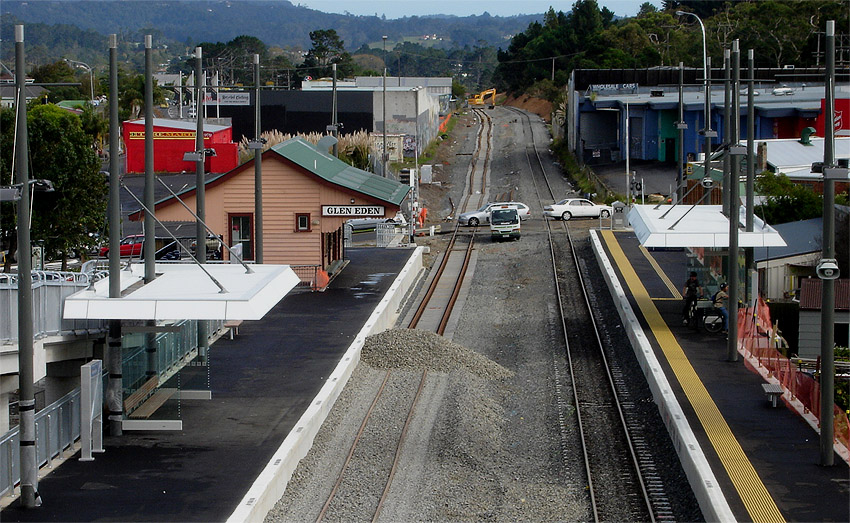 We knew the bridge was brand new : there was no graffiti on it!!!.

At the summit of Mt Atkinson Bill decided that it was time to demolish his pear.
It was a wonder it had not already self destructed as it had been travelling in one of Bill's drink bottle cages. 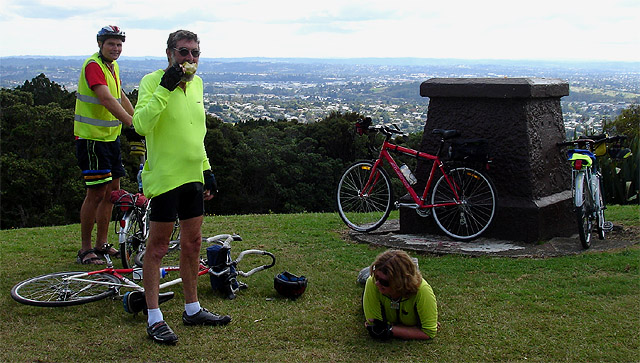 Before being requested to look at the birdie, the team had being enjoying the
view over the Manukau Harbour. 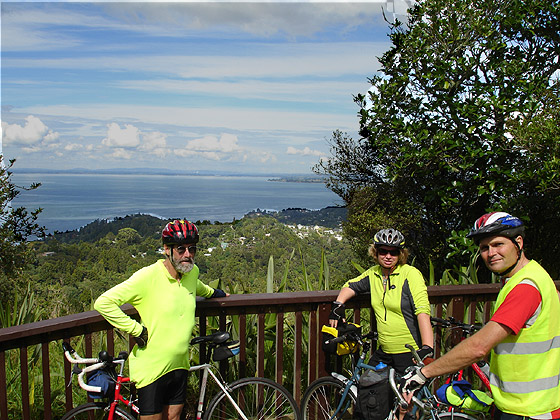 We had lunch under the phoenix palms down on Laingholm Beach,
looking out at Onehunga to the far left, Mangere Mountain in the middle,
and Puketutu Island to the right. 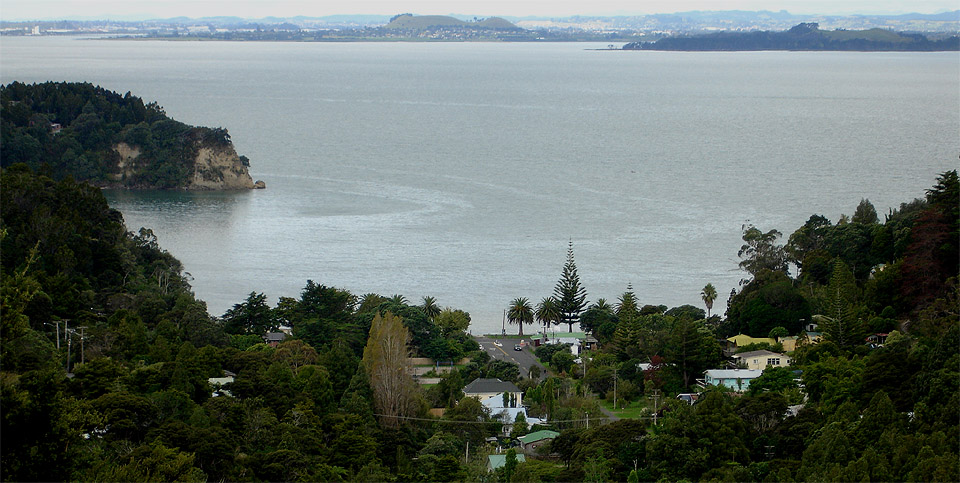 We returned to Titirangi along the delightful Exhibition Drive. 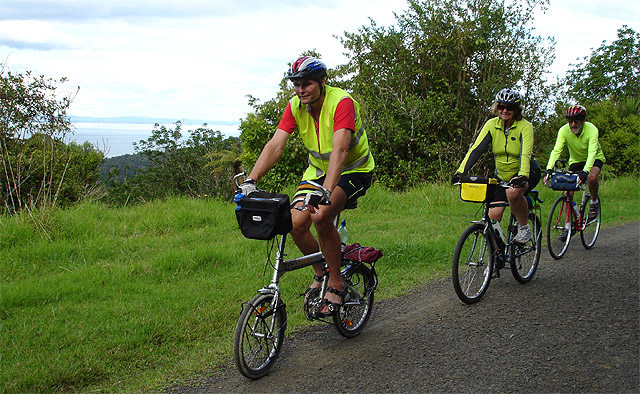 Back at the carpark we had a bit of spare time (let's face it - we had not even done 40km!!)
so Cathy had a go on Rob's bike, Bill tried out John's new toy, and both Rob and John
could not resist having a go on Cathy's Surly. 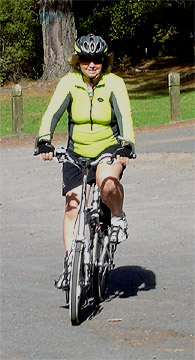 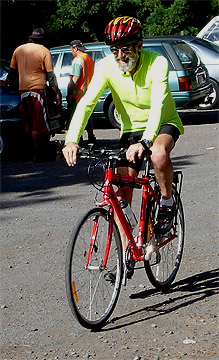 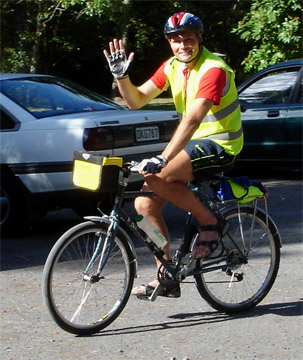 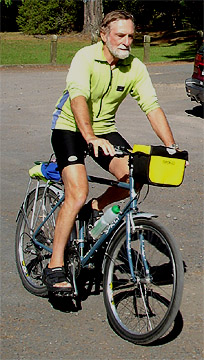 Photos by Passers By, Cathy, and John McK