A pleasant ride on Moki Road before climbing our first real hill of the day. 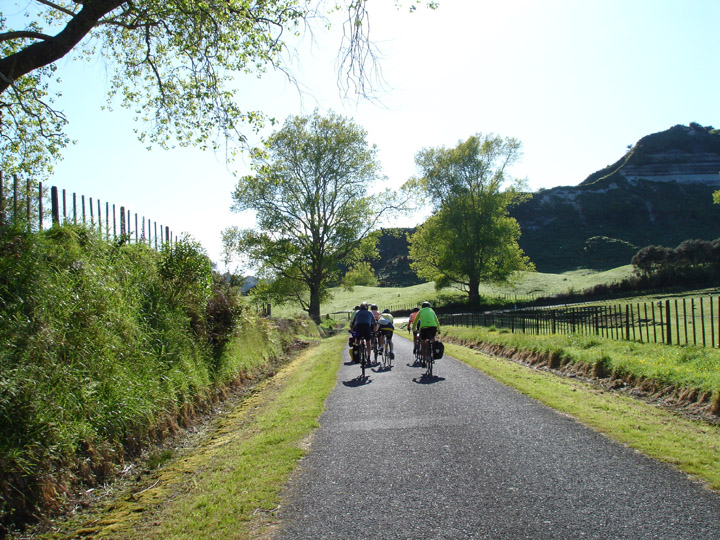 Yesterday we were in those hills.

The further east you go on Moki Rd, the more interesting it becomes. 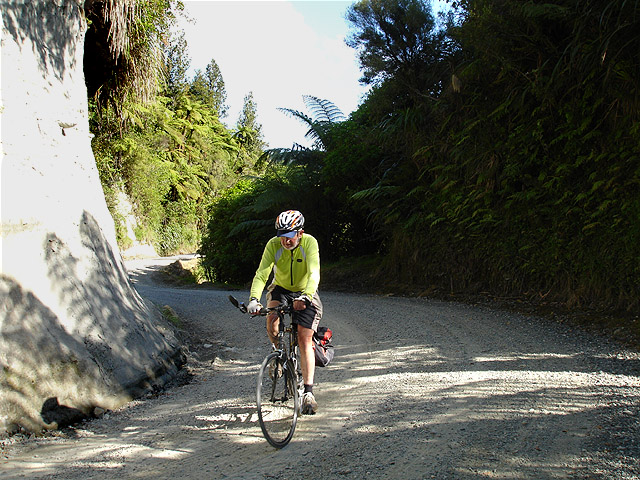 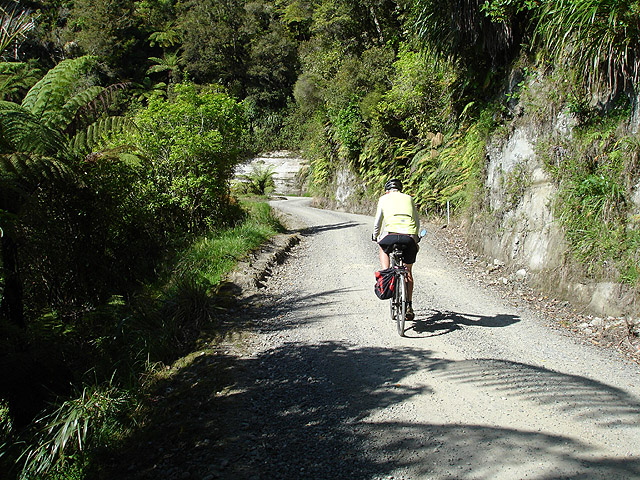 People with good eyesight will see Glen in this shot. 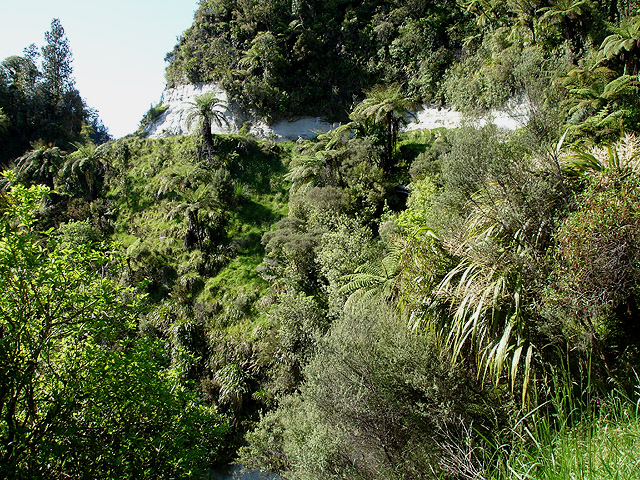 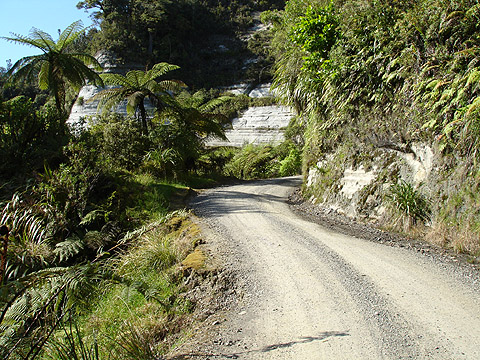 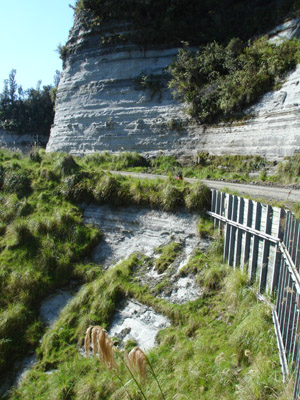 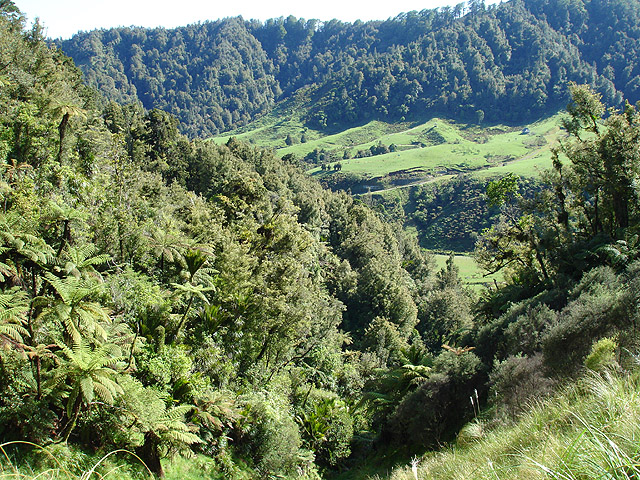 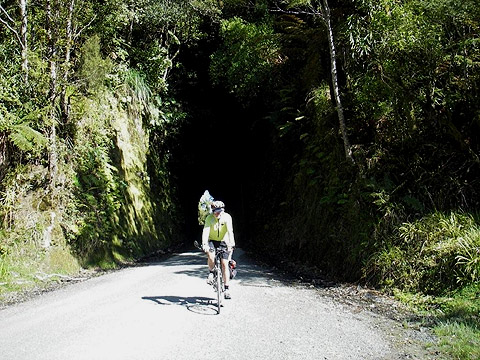 Ed was quite sure there was nothing worse than a dead Mongoose. 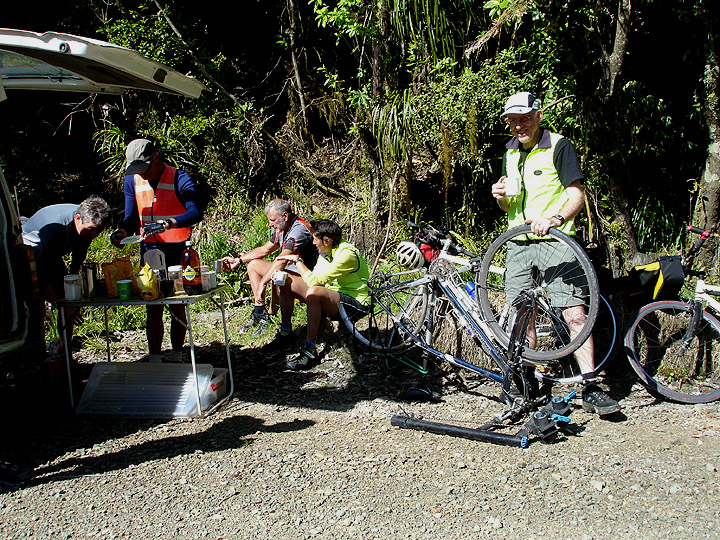 His bike is a Mongoose and it had a complete breakdown in the rear hub the previous day.

On top of the world again, this time at the top of Kiwi Road. 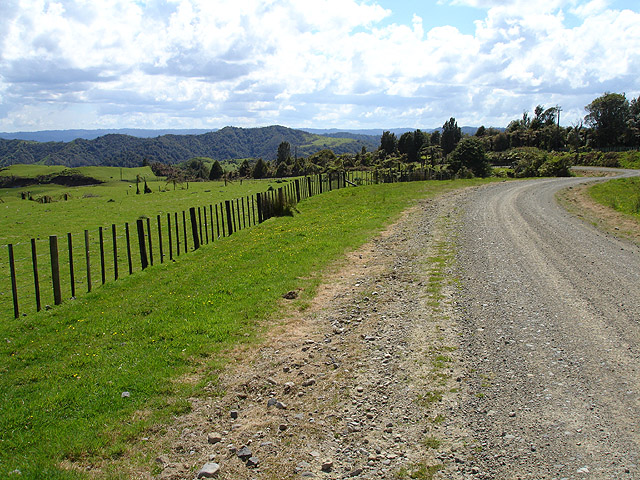 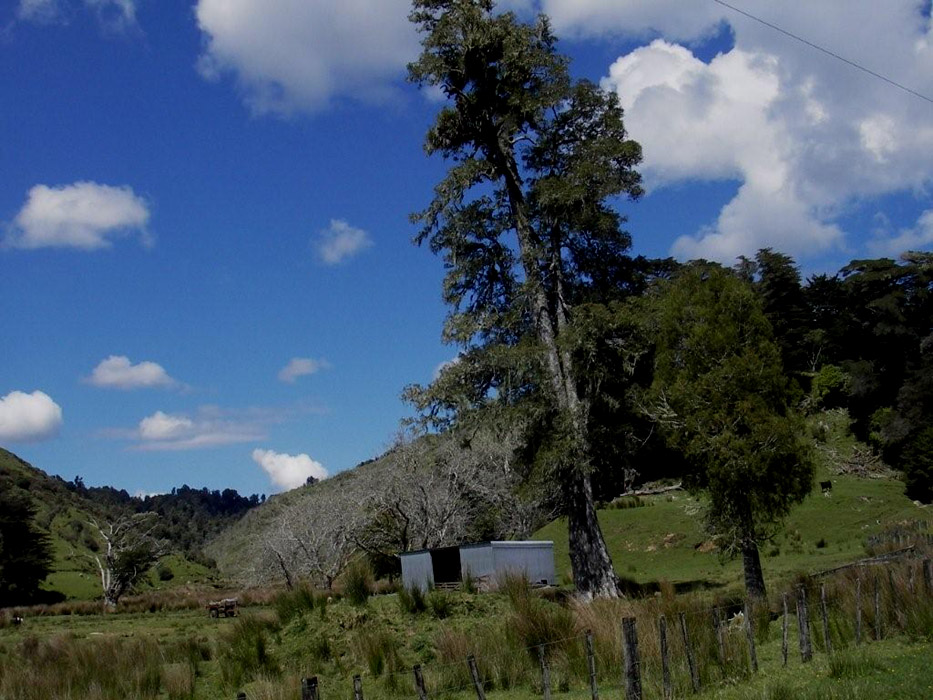 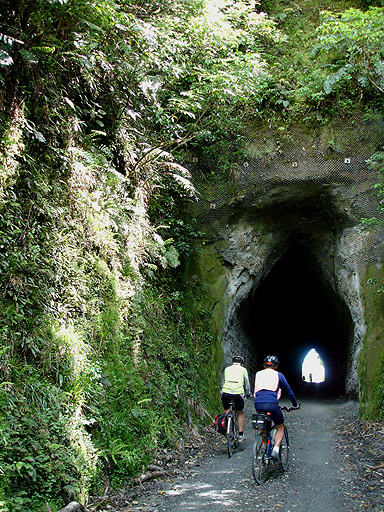 And coming out the north end. 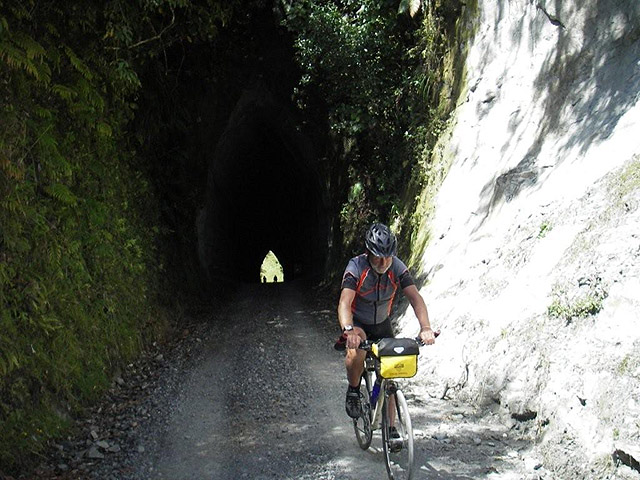 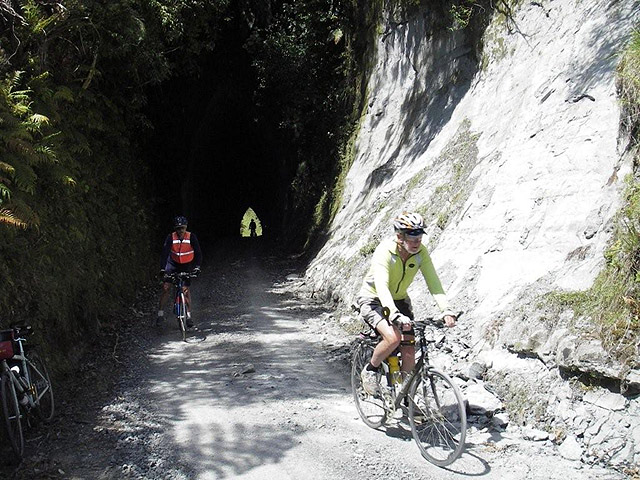 Looking out of the northern end of Kiwi Road Tunnel. 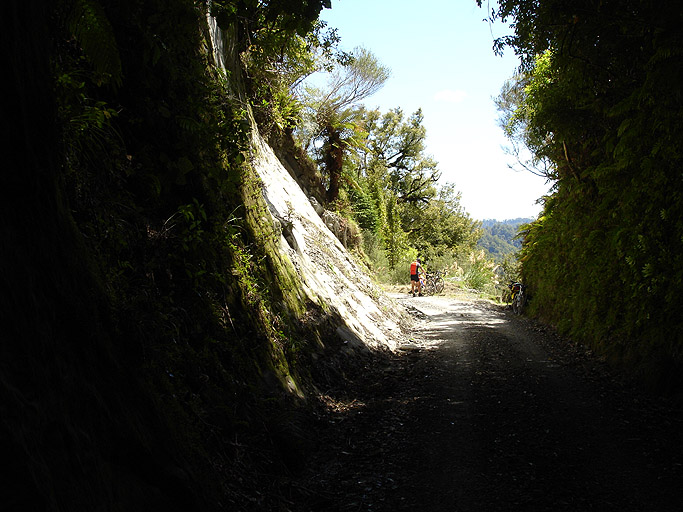 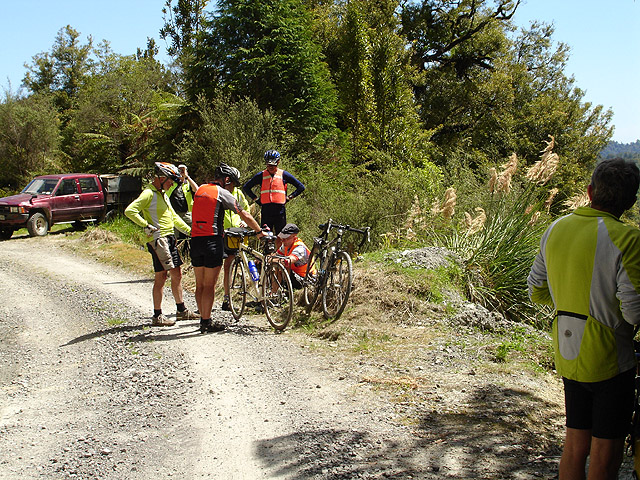 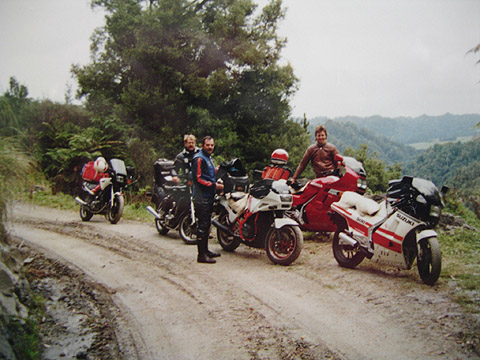 Kiwi Road runs through the bush down the left side of the valley. 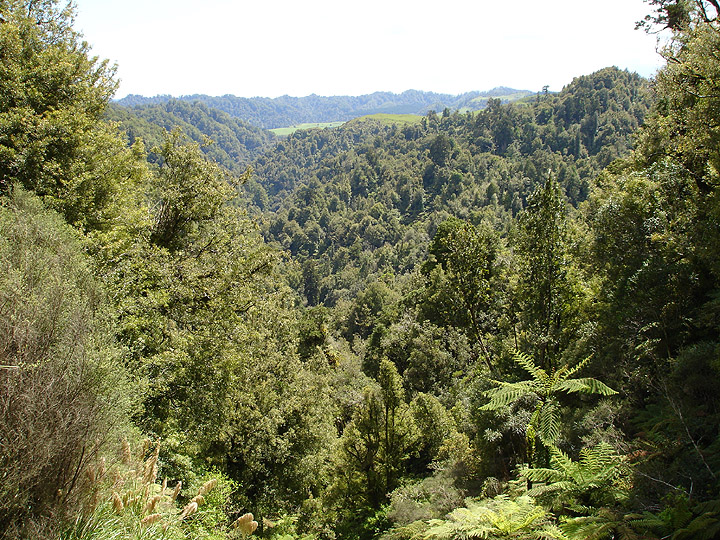 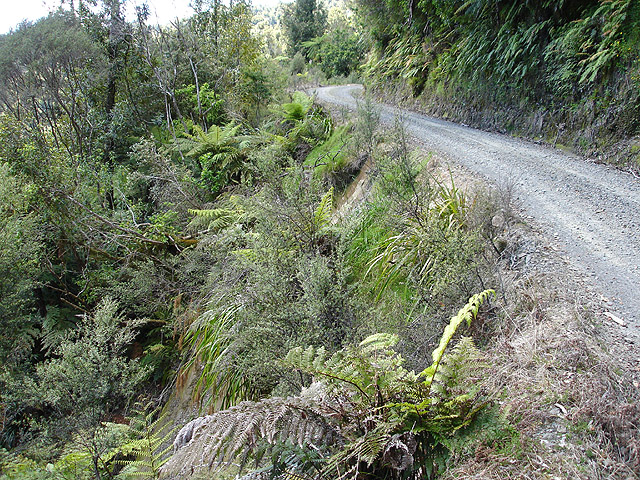 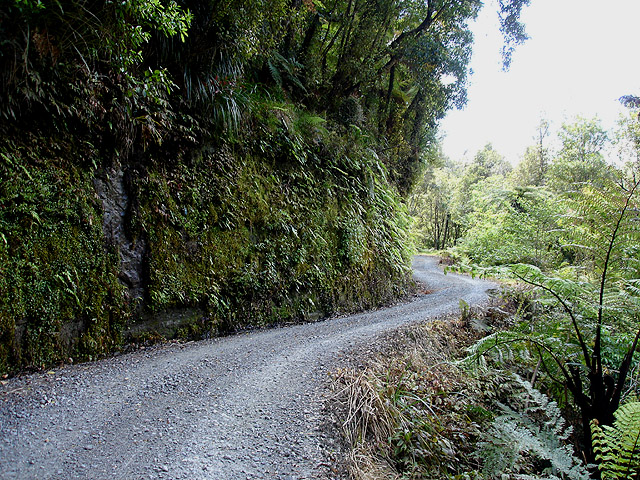 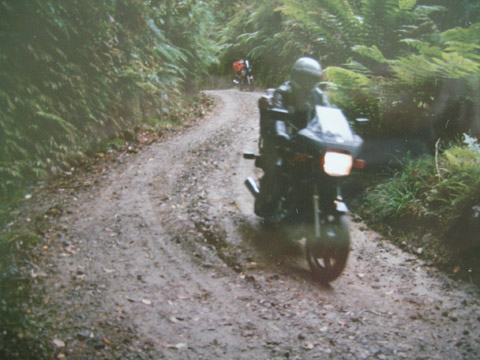 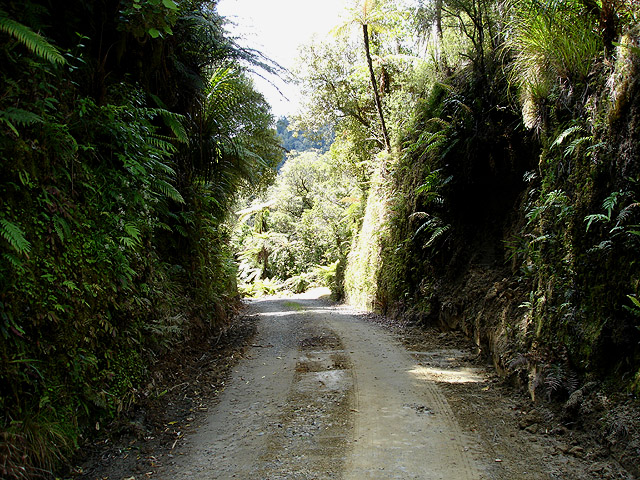 Near our lunch stop. 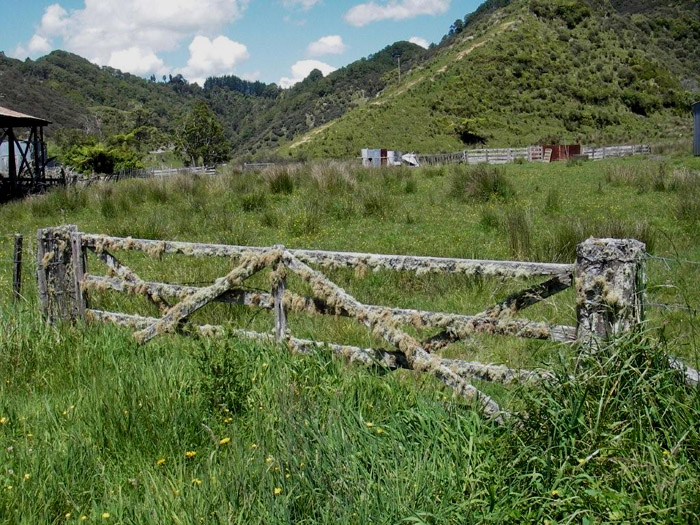 This was where we had our first morning tea at the beginning
of our tour. 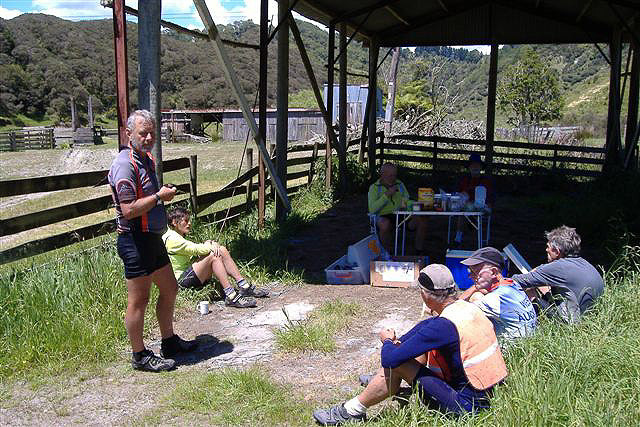