Time to have a look at the start of the Mangemangeroa Walk.
This is near the end of Somerville Road.  The walk is a great way to spend a couple of hours. 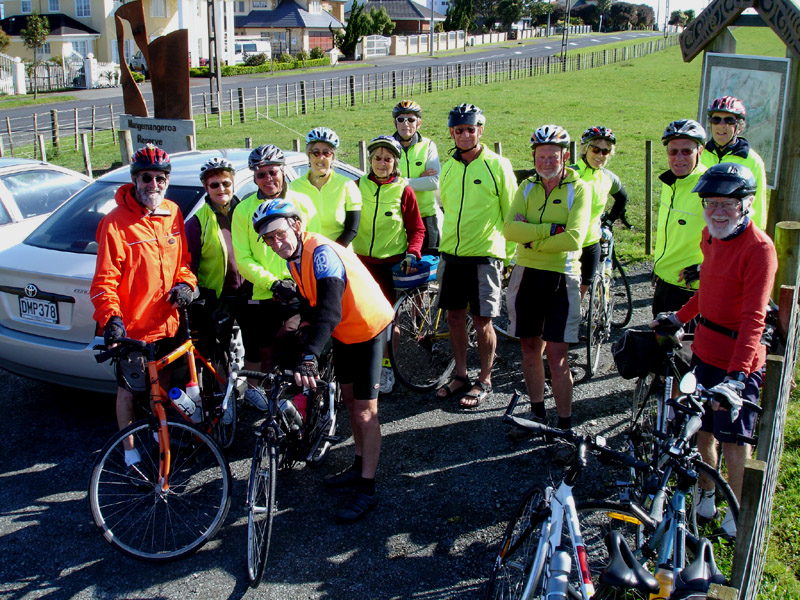 The new bridge on Ormiston Road.
Do not discuss this bridge with Manukau ratepayers : many believe it was a great waste
of $6,500,000:00. 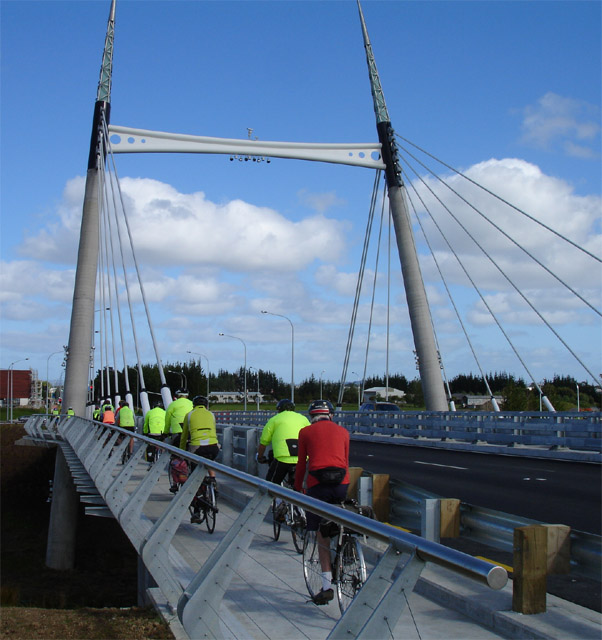 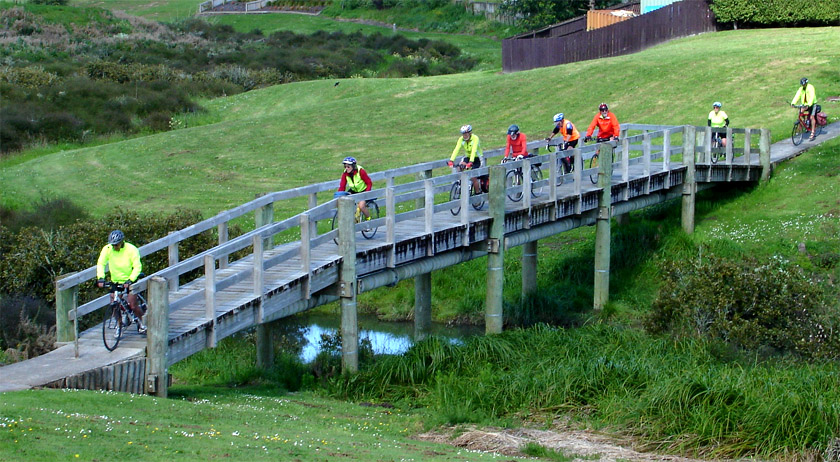 Then it is reward time.

Time for coffee and yummy food at  eves PANTRY 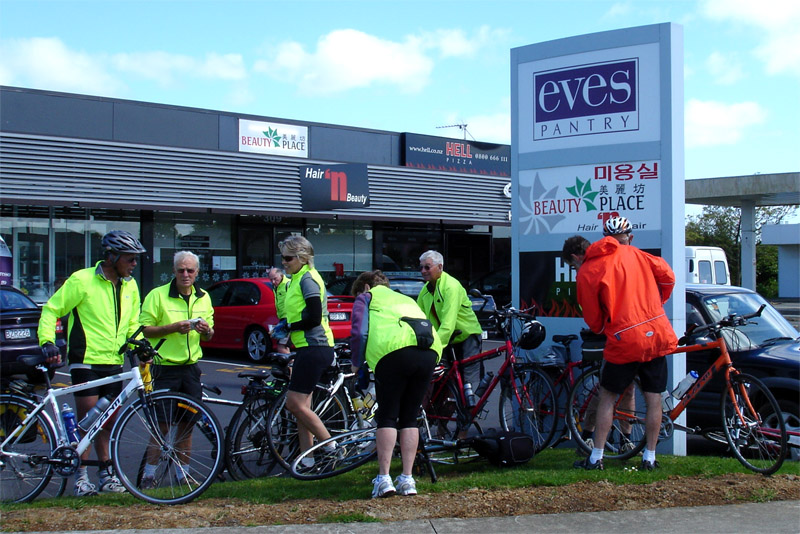 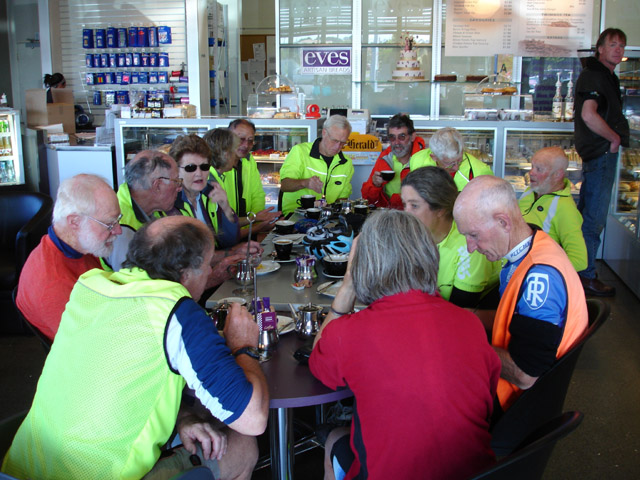 Then we were on the Cascades Path. 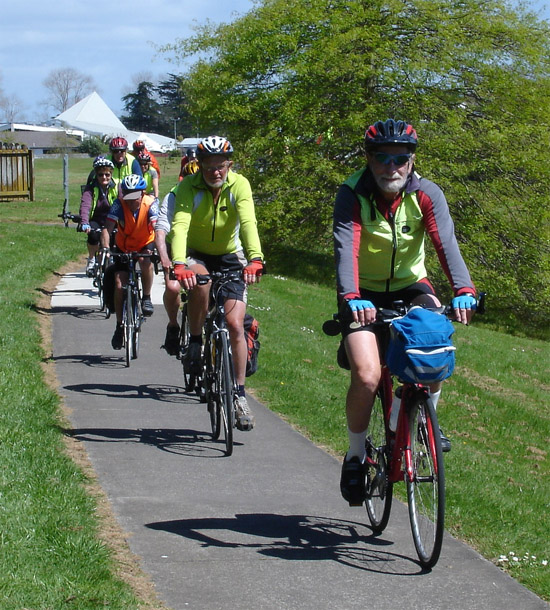 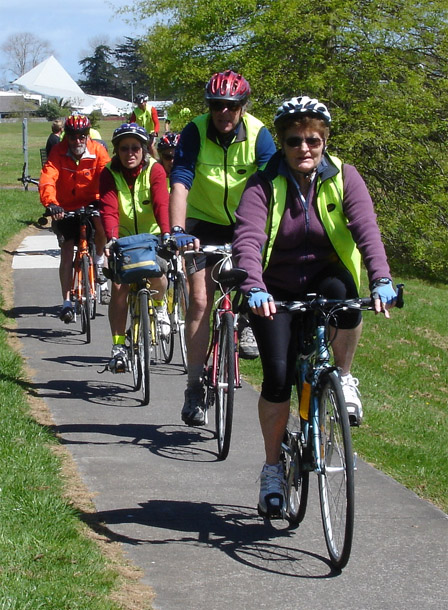 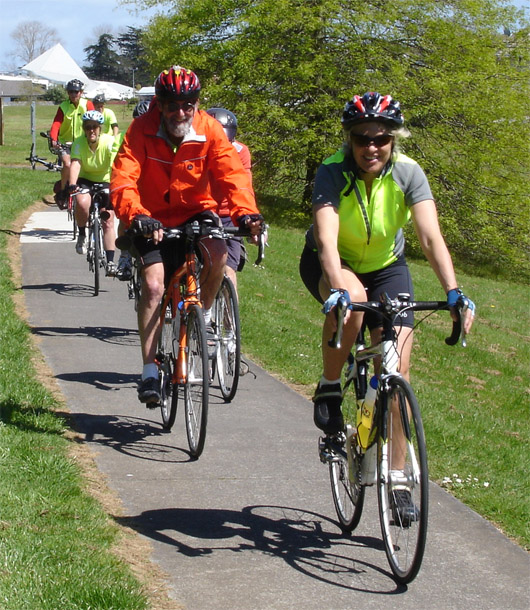 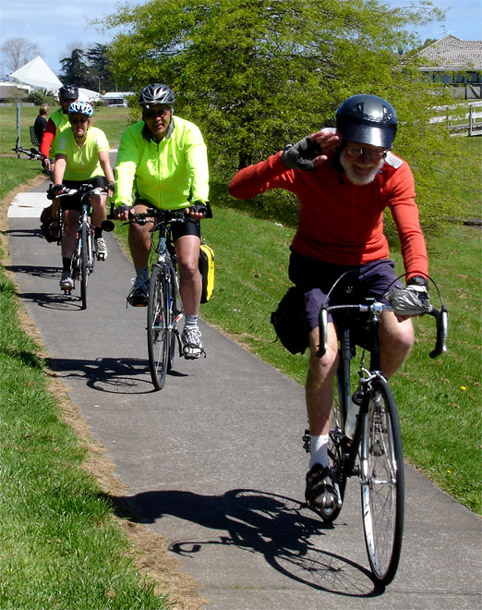 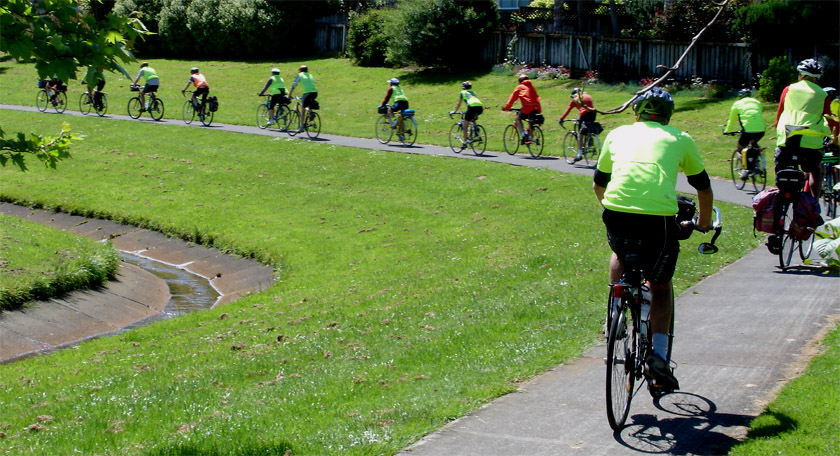 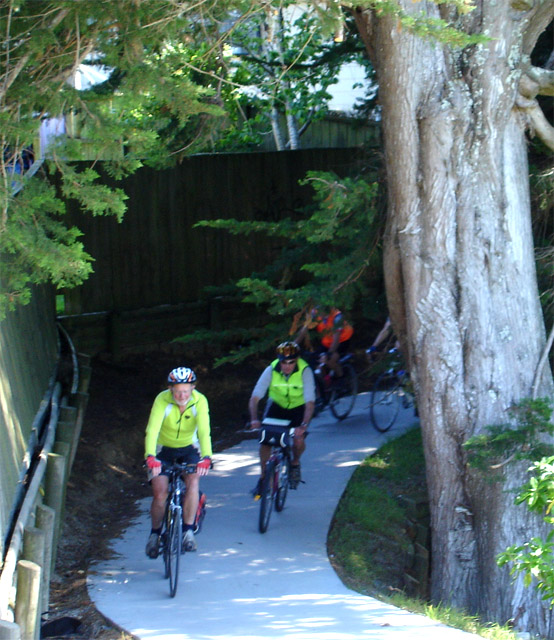 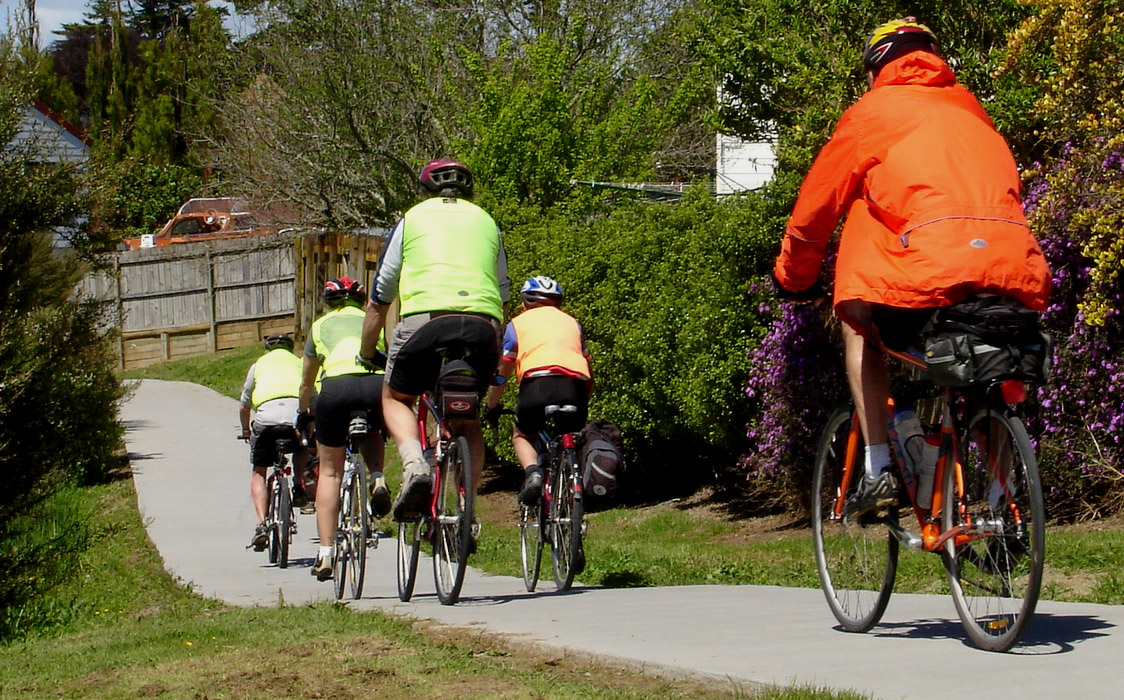 Perhaps the inspiration for the Ormiston Road bridge was
taken from this one near Highland Park. 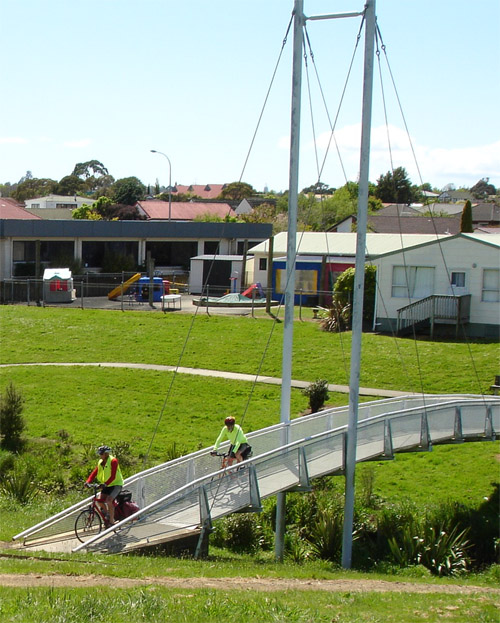 No one seemed to be game enough to try this bridge on the BMX track in
Lloyd Elsmore Park.

We had arranged for the tide to be in as we rode along the Rotary Pathway alongside the Tamaki River. 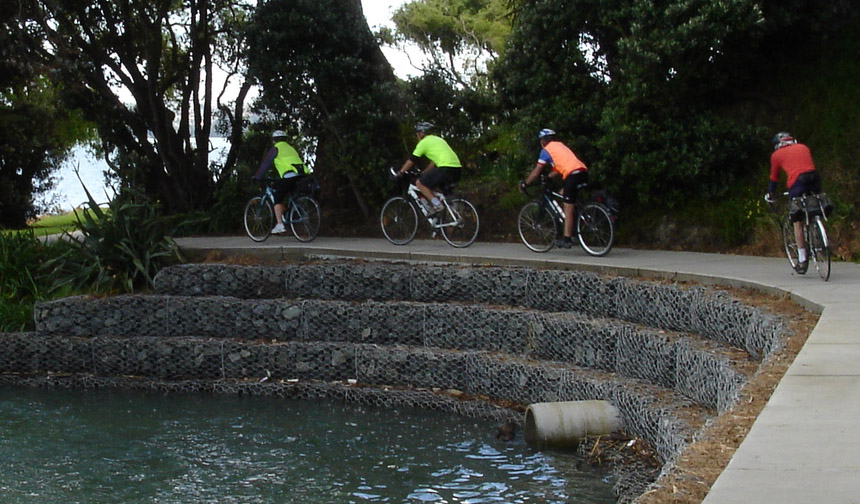 There is a pedestrian near the front of the line.

While we were carefully passing him, a couple of impatient young guys, who probably did not
have the faintest idea the walker was there, tried overtaking us by riding on the grass strip.
Just as they got to the walker, one of our riders pulled out to overtake him, and the impatient young idiot
very nearly went for a swim. 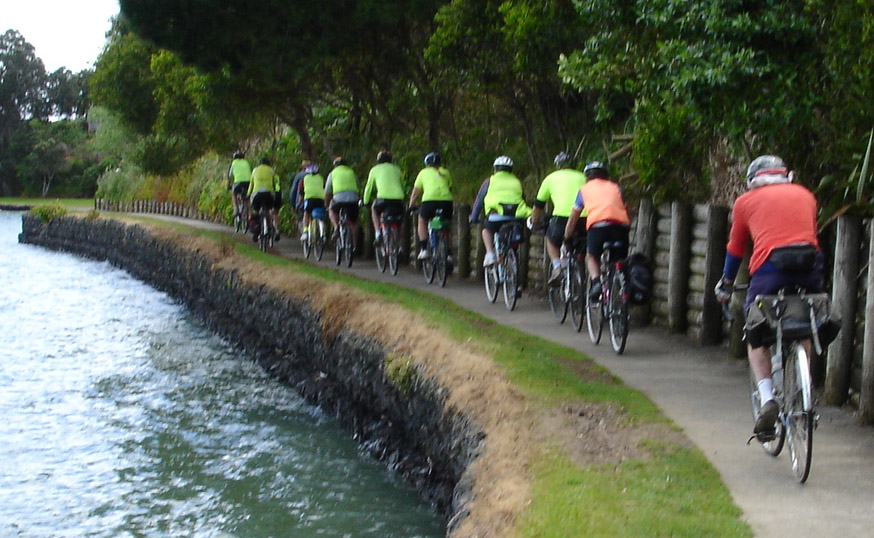 The boardwalk over the wetlands between Prince Regent Drive and Pigeon Mountain Road. 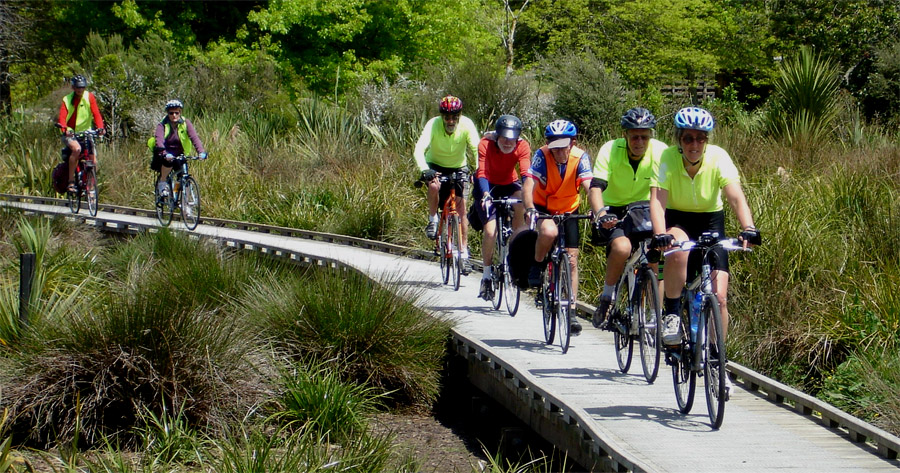 Near the exit to Pigeon Mountain Road  -  an interesting little switchback and climb.

Lunch in the teachers' common room at MacLeans College - thank you for your hospitality.
What a great view the teachers have, looking out over MacLeans Park  to Motuihe. 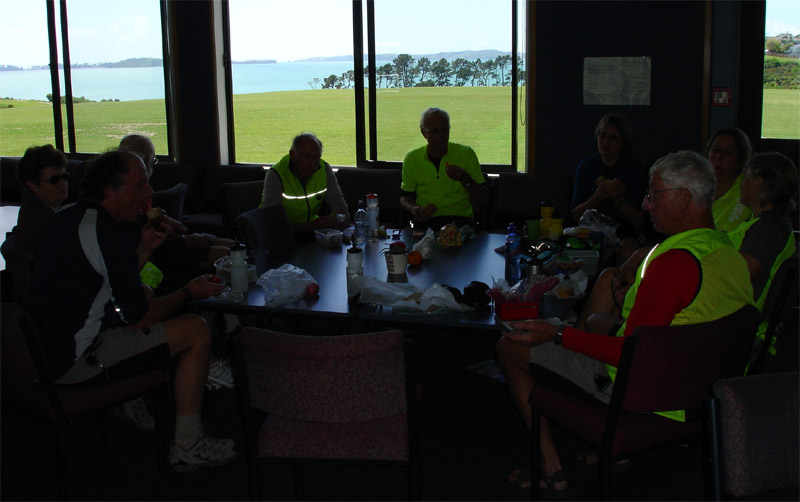 Waiting for Keith to lock up before we move on to Bucklands Beach and Musick Point. 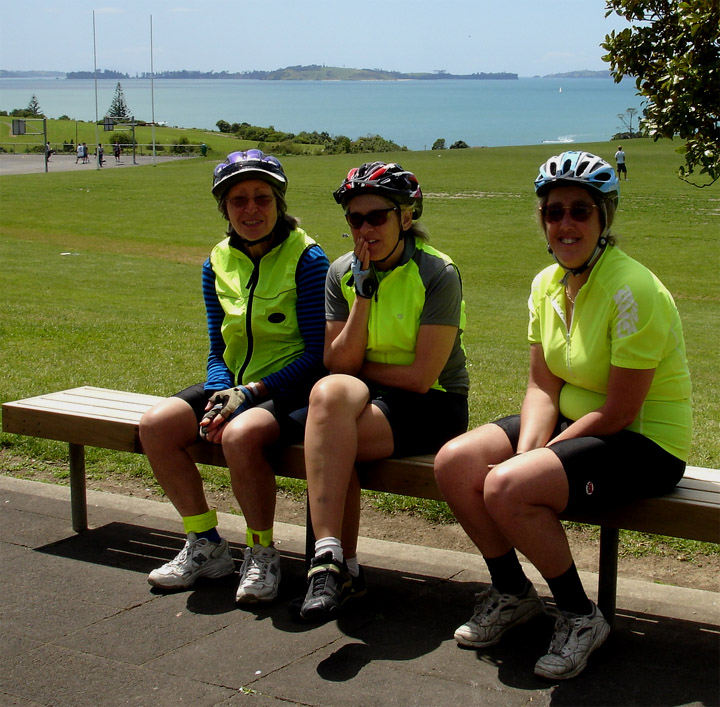 Barrelling down the path from Pigeon Mountain School to Half Moon Bay,
through the tunnel under Argo Drive. 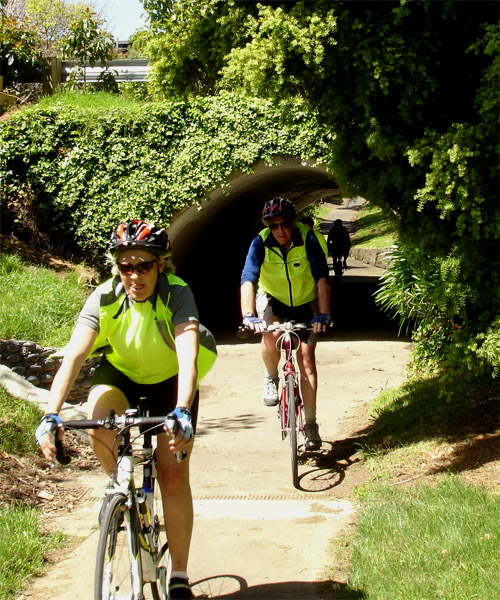 And then up the path to Ganymede, with its lovely arched bridges. 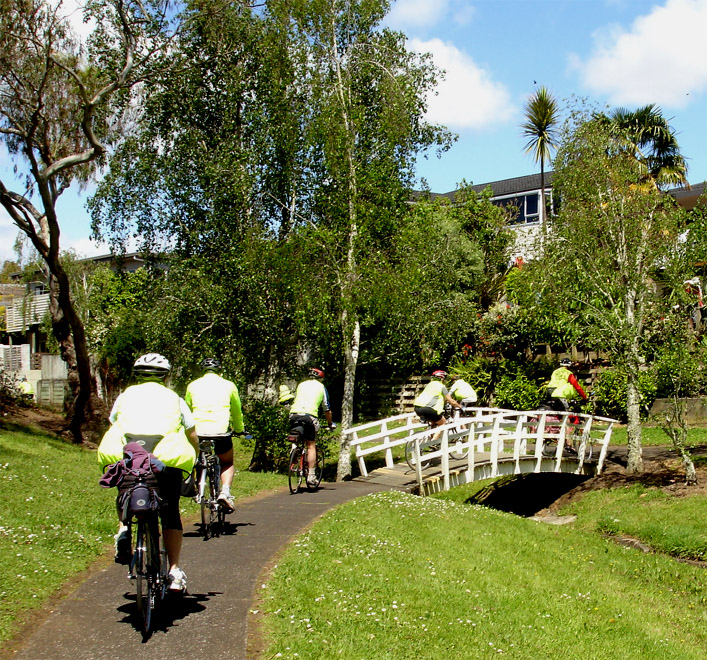 This was supposed to be a group ride over Hattaway's Bridge on the Cascades Path  -  but
somehow the group got somewhat spread out. 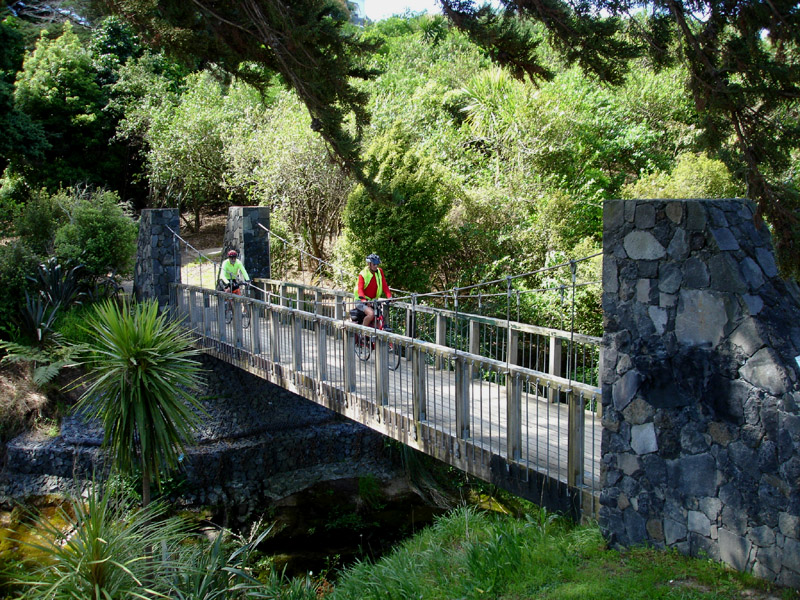 The last bridge for the day  -  we had already crossed this one not long after our coffee stop. 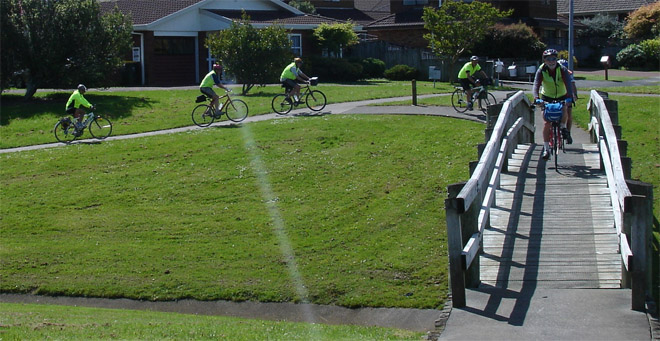 Here we were greeted by Toby, who had to make sure he was patted by as many people as possible.