This was the day the yet-to-be-completed motorway between Silverdale and Puhoi
was opened to cyclists and pedestrians.

Cyclists were given first bite of the cherry and had the road to themselves between
7:30 am and 9:30 am.

The following week, a local rag said that 10,000 people had either cycled or walked the road.
In the process some $32,000 was raised for the Orewa Hospice.

The crowd queuing to pay their $5 tolls.
Once the road is open, cars will pay a $2 toll. 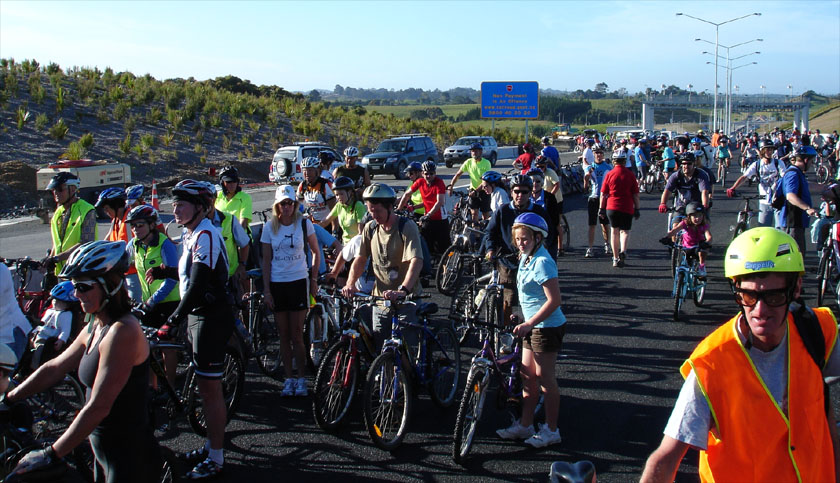 Bryan and Marieke heading down the first hill from the toll gantries. 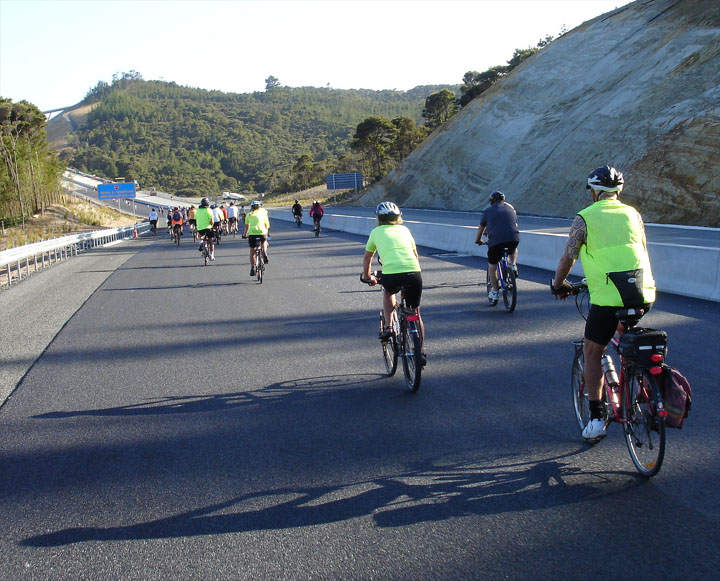 The view over the 186 metre long Nukumea Eco-viaduct, looking up the hill to the only
overbridge on the road, carrying Hillcrest Road.

You can find out all you want to know about paying your toll at
http://www.tollroad.govt.nz  just like the sign says. 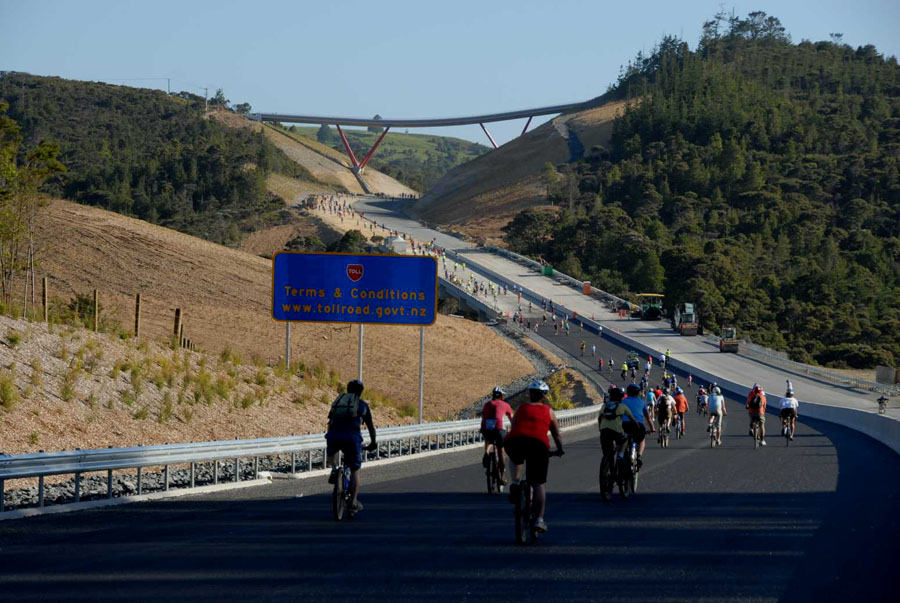 Looking back up the hill. 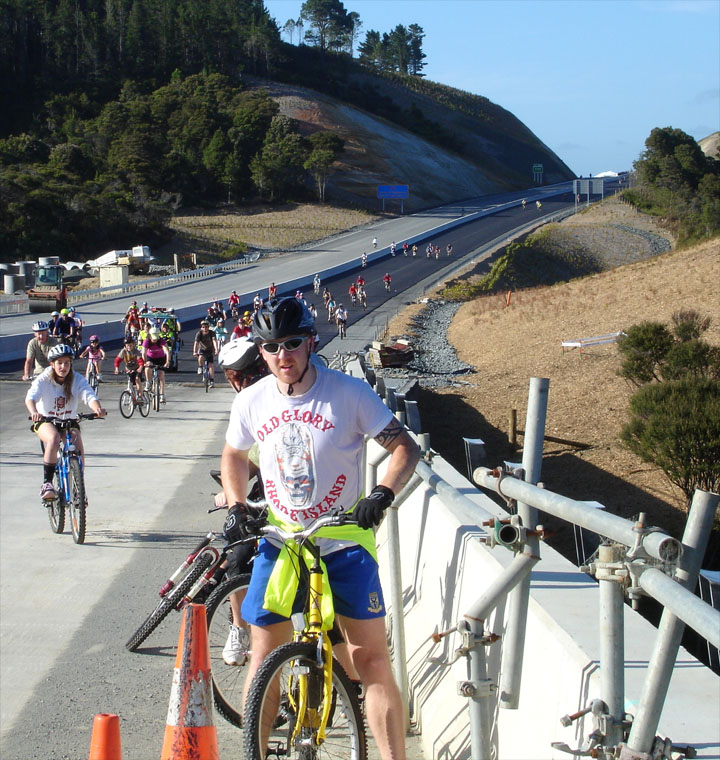 Climbing the hill toward the Hillcrest Road Bridge. 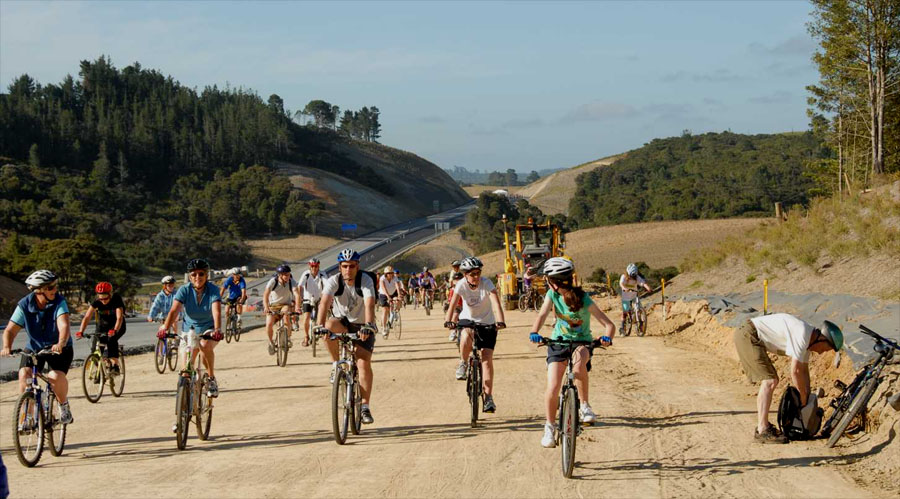 The very slim Hillcrest Road Bridge, 116 metres long and 25 metres above the motorway. 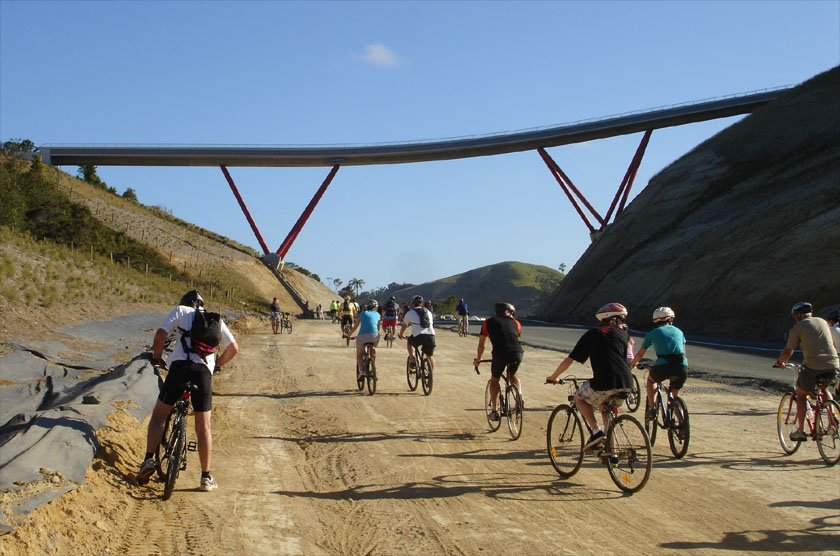 You won't have time to get these views when you are barrelling under here in your car.

Hope they've got the balance right. 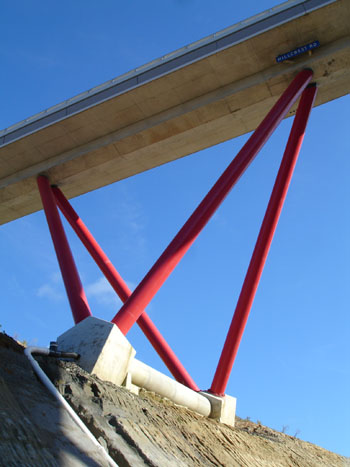 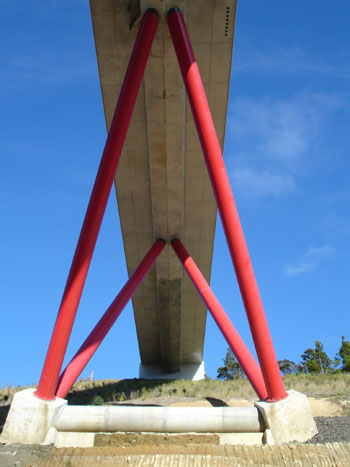 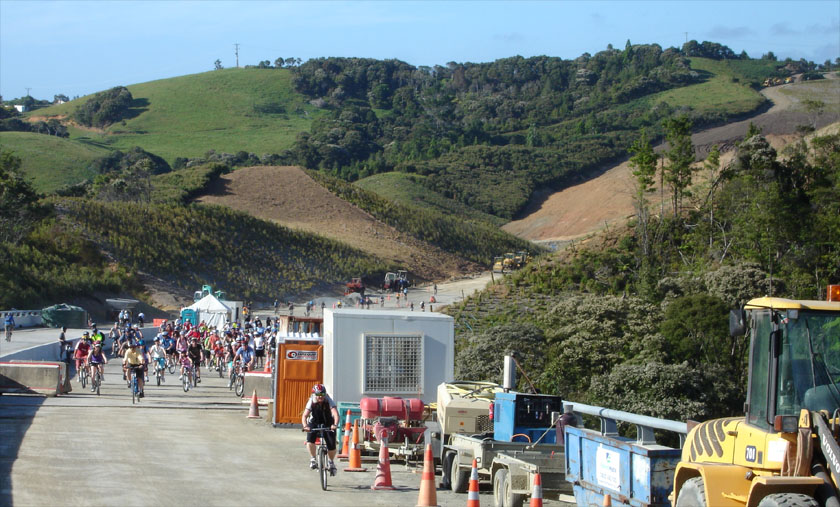 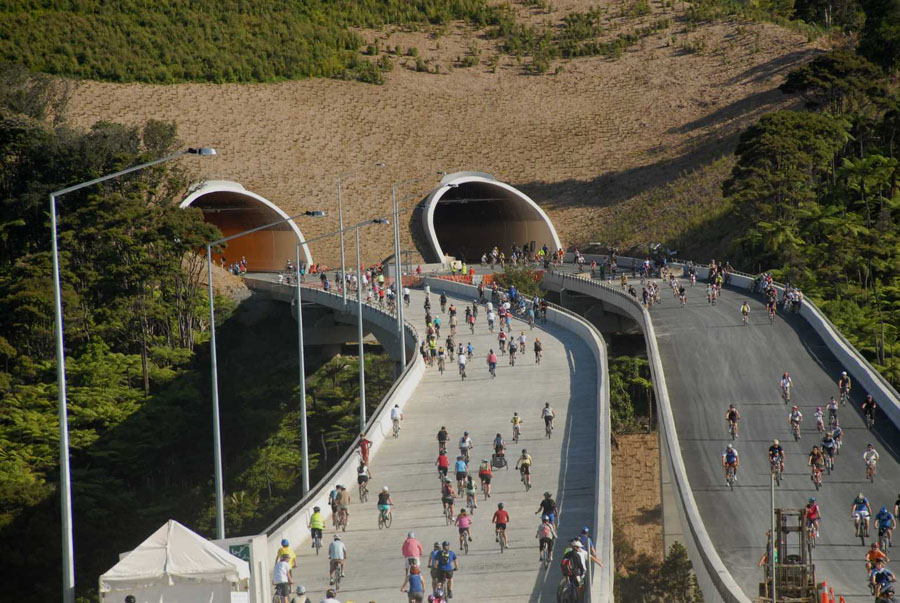 The Waiwera Twin Viaducts are 537 metres long, 31 metres above the Waiwera Estuary. 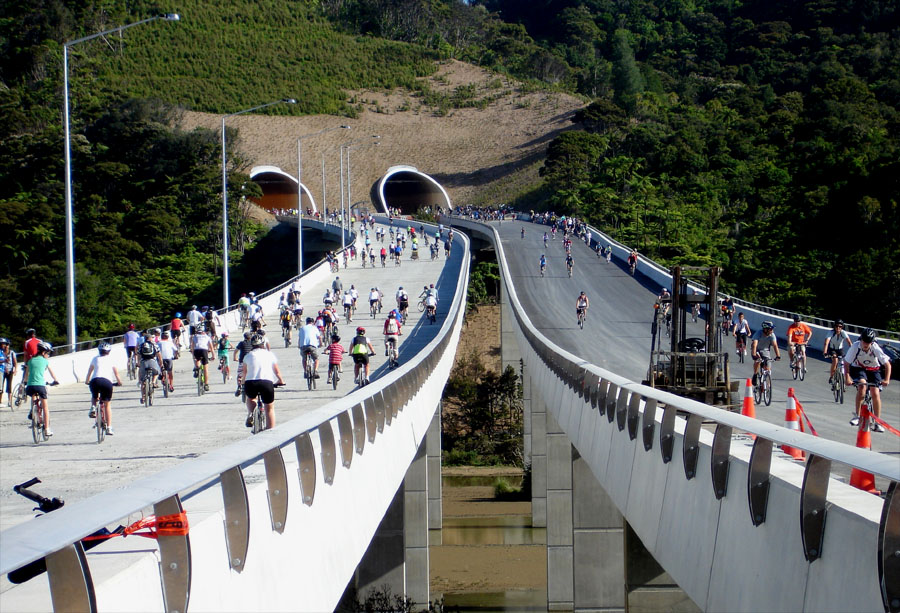 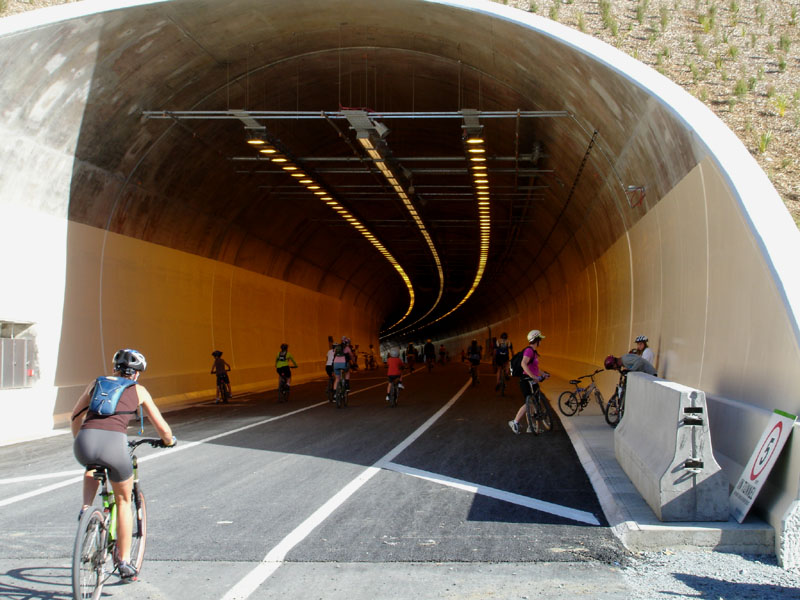 There are 2 places where there are emergency cross passages.
These house the fire fighting plumbing controls. 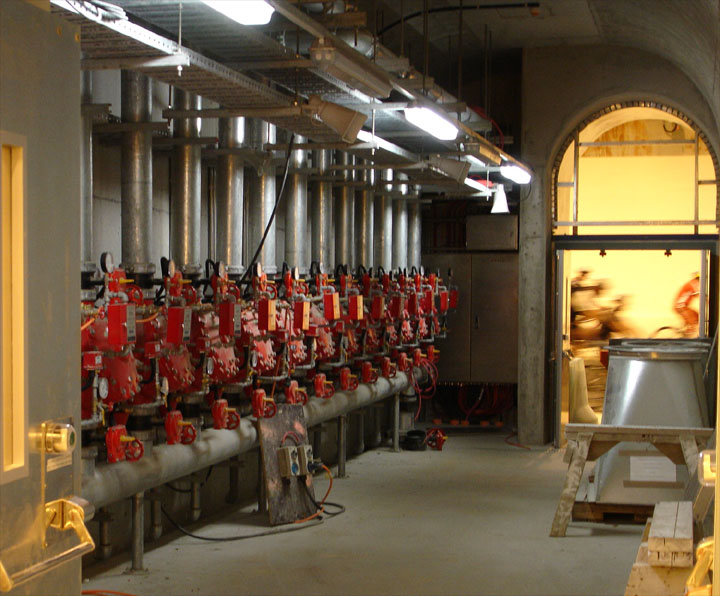 Here you can see 4 of the 12 ventilation fans. 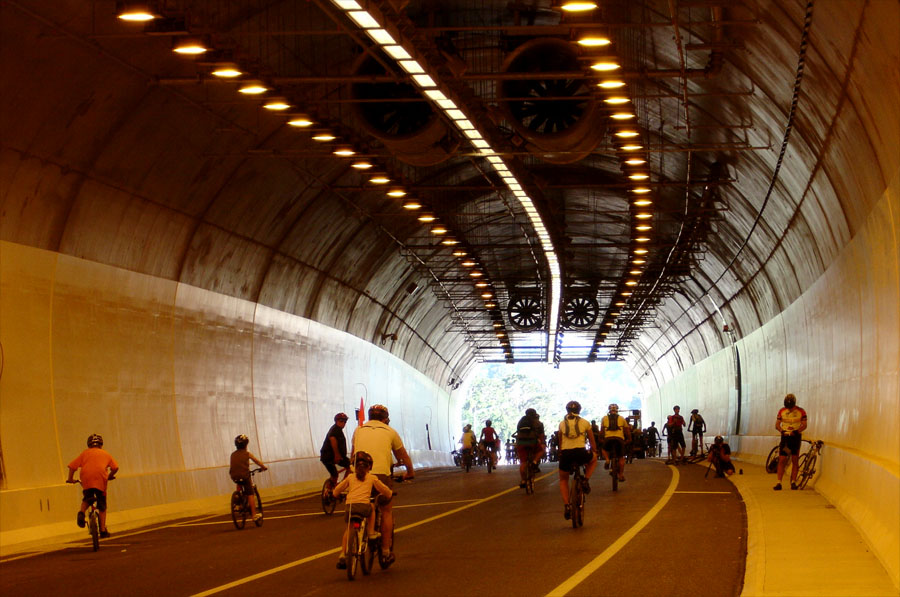 A cyclist taking a final look at the twin viaducts and tunnels. 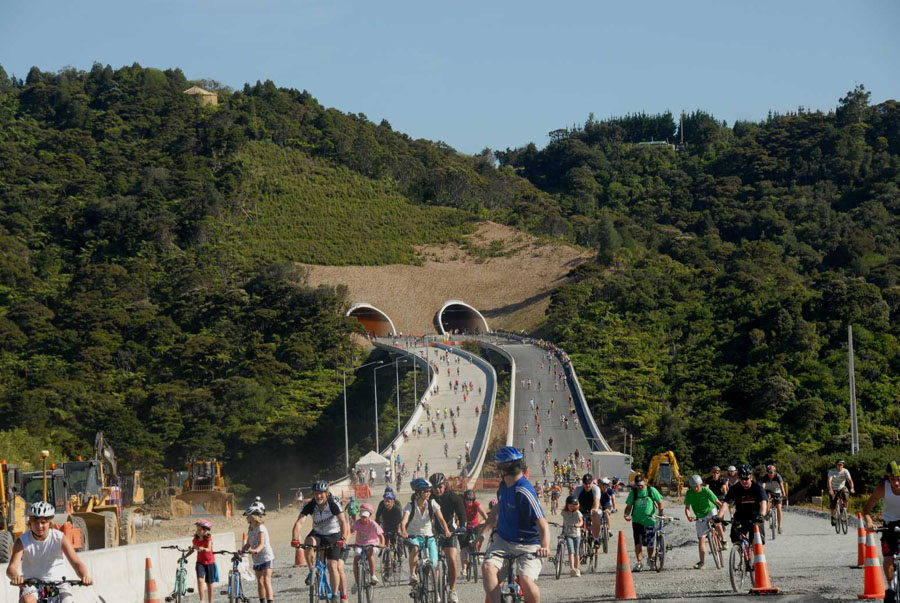 You will not be able to stop in your car and take in the great view from the viaduct,
looking down the estuary towards Waiwera. 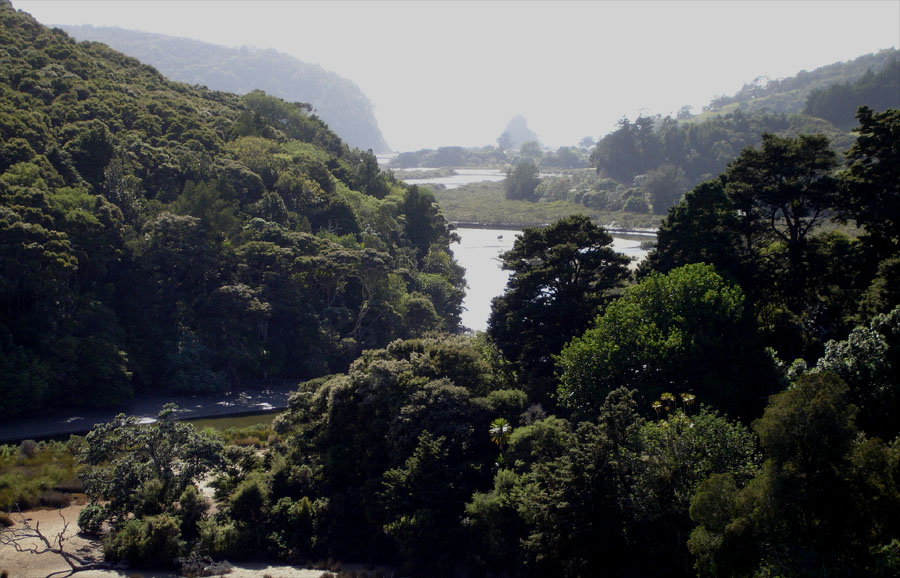 And now for something completely different.

After finishing with the motorway sighseeing ACTA went out to Muriwai. 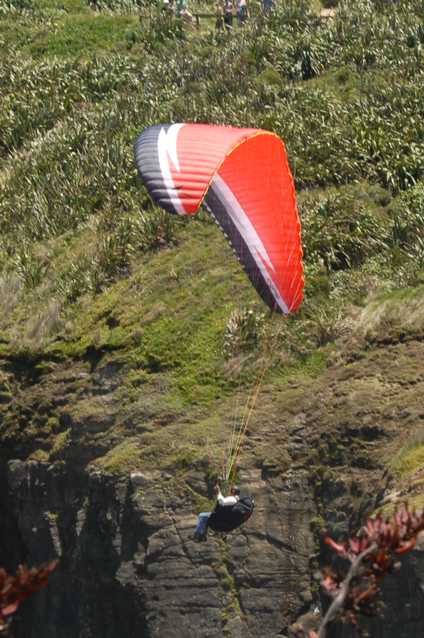 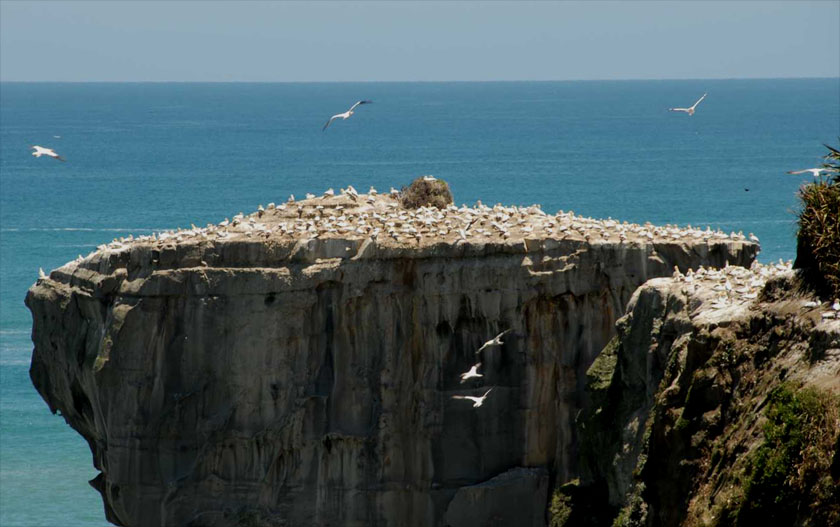 Photos by John McK unless they were taken by Maurice K