Here we are just before leaving the camp at Christchurch. 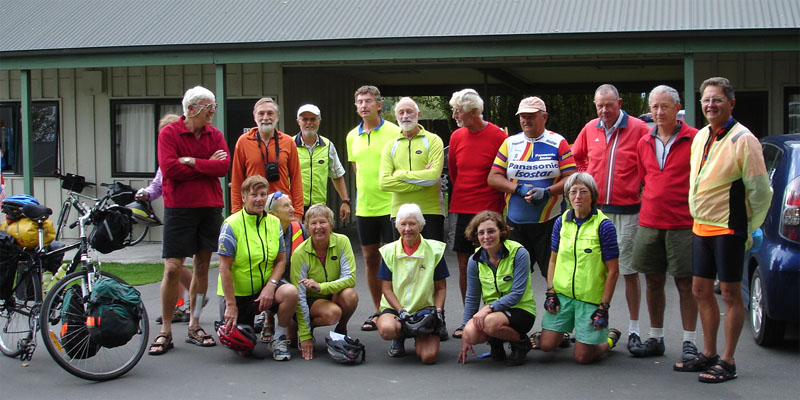 Ingrid or Keith took the photo and Glen & David were still to join us.

First stop on the Old West Coast Road, where Guide Tony is
dishing out some info (I think) although there seems to be some
interest in Dick's bike. 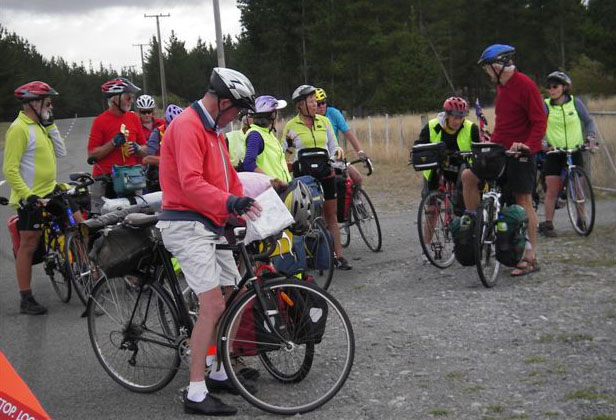 First stop on day 2.  This war memorial was at the top of our first,
albeit small, climb - south of Glentunnel. 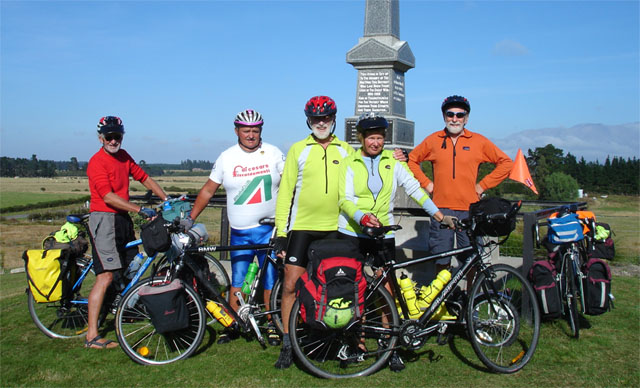 Looking up the Rakaia Gorge, before climbing out of it.  That climb was our first
real workout. 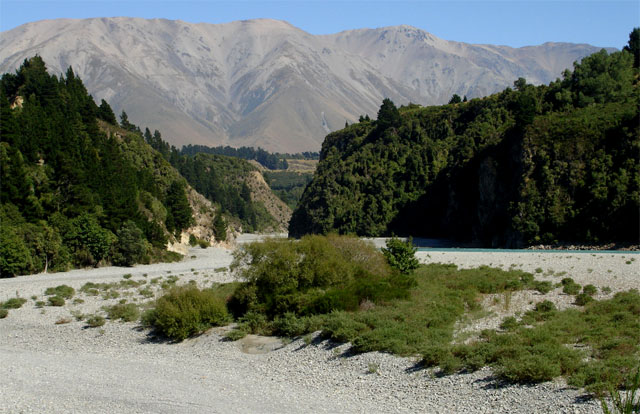 John & Briar (and John) think the climb from the gorge deserved a coffee.
Briar is texting the ride leader to say we are going to Mt Somers
via Methven.   And a very nice coffee (and pie) it was, too.

And, just after this photo was taken, we found a 7 km straight.  We coasted
along it for 5 km at about 30 kmh a lot of the way. 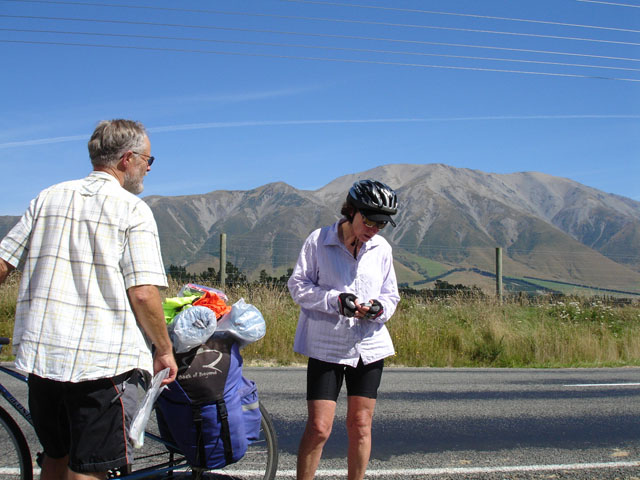 About 10 km south of Mt Somers there is the straight through Mayfield.
It's just on 20km long, fortunately slightly downhill, and there was no wind.

Between Geraldine and Fairlie we found a lovely area for lunch
before the day's serious climbing started.

A Swiss tourist we kept meeting had the misfortune to break a spoke - on the
drive side of his back wheel, naturally.   Luckily for him, Bryan was behind him
and had all the tools needed to get him on the road again. 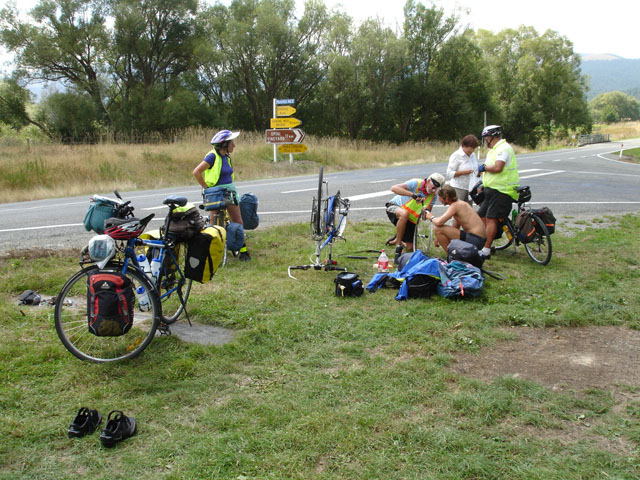 The highlight of the day was happy hour.  We could all sit, relax, and
tell a few lies about how we had ridden during the day.  And we
were frequently entertained by Peter's poetry recitals.
This is at Fairlie Top 10. 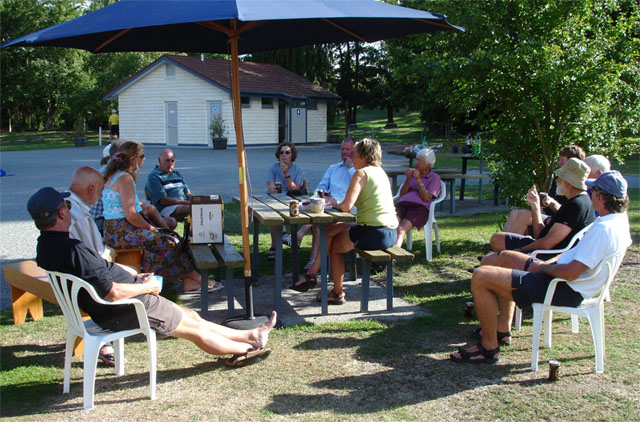