Peter is just about to leave the coffee stop at Burke Pass....... 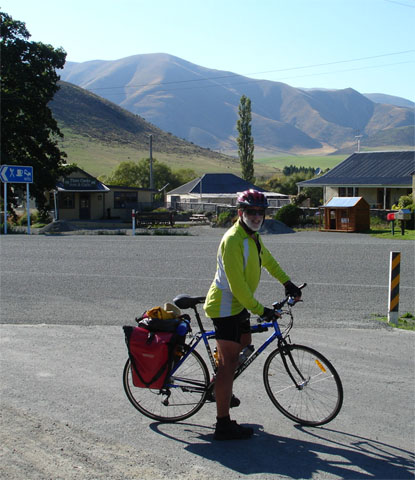 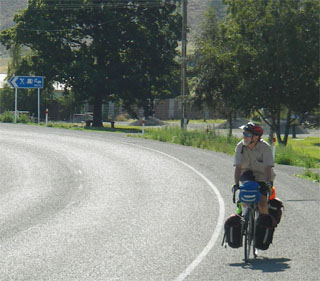 The coffee stop was at the foot of the pass, rather than at the top.
The couple just reaching the summit were from Florida, thoroughly enjoying themselves,
even though they were not used to hills like these at home. 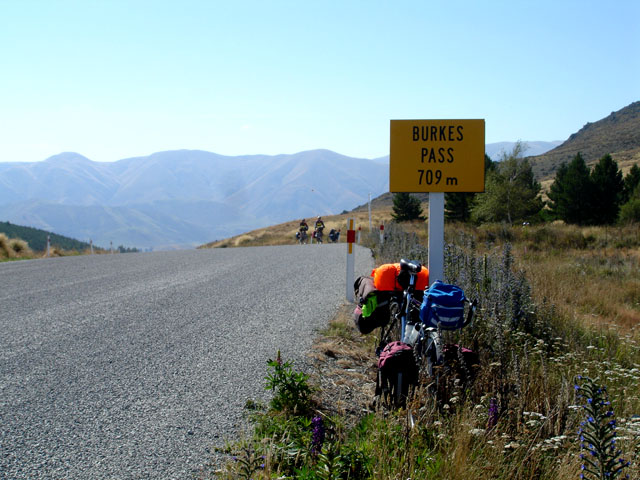 Not quite sure where this was, but it looks like Pat was cleaning up
after a bit of bike maintenence. 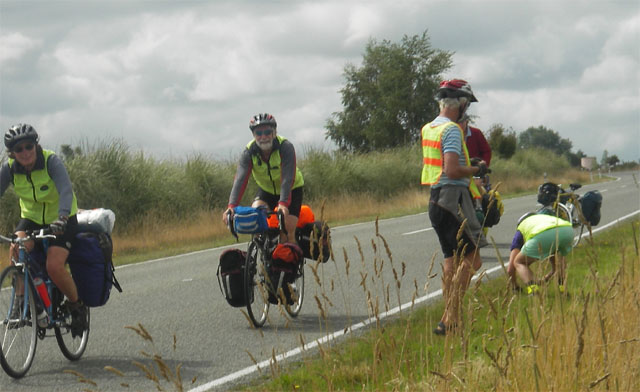 The final descent to Tekapo.

Tekapo Happy Hour, although some are looking a little serious. 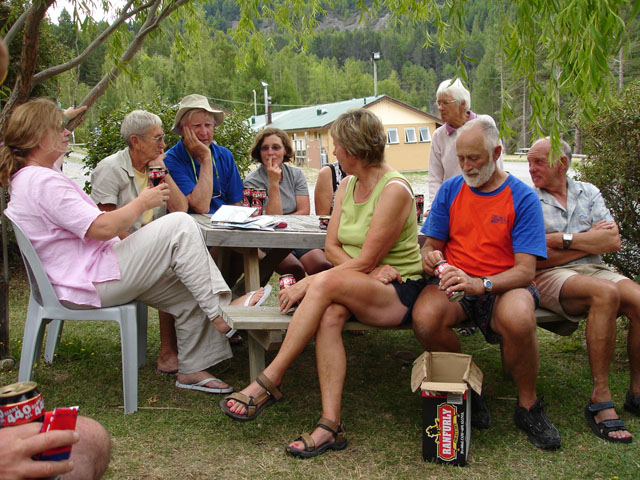 Cathy and Pat enjoying the scrumptious stir fry that Cathy
had cooked up for us.  The others at the table were from
England and Holland. 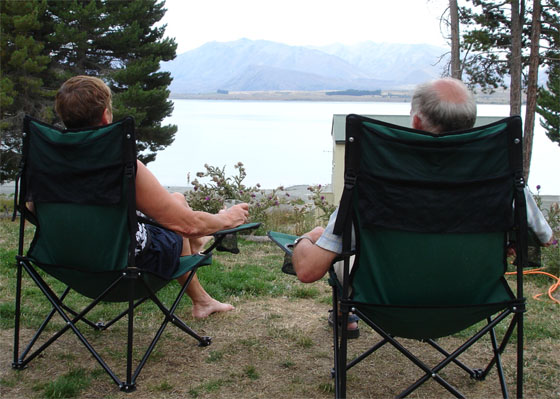