Shortly after leaving Tekapo, we dropped down to the road running alongside
the Tekapo - Pukaki Canal.  This is a private road : trucks, and most buses,
are banned.  And very few motorists have discovered it.  It has no hills - just gently
descending over about 25 km with some of the best scenery in NZ. 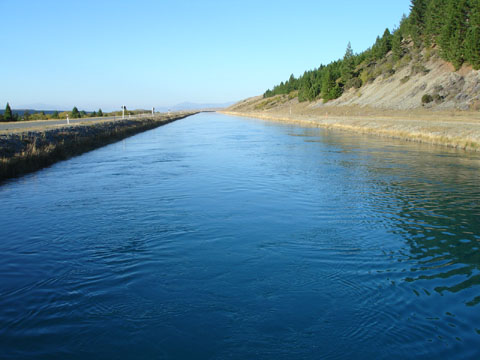 All the way along here we were treated to stunning views of the Southern Alps
and Aoraki / Mt Cook. 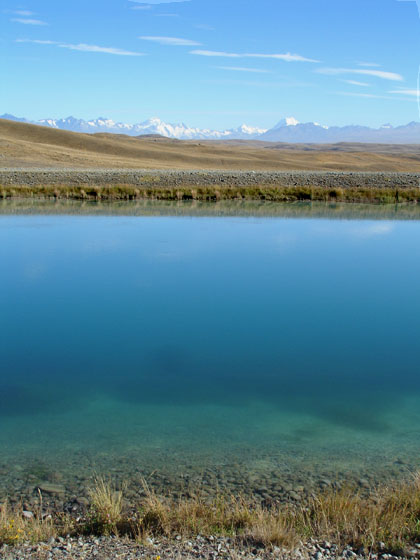 Salmon Farm on the canal.

The canal ends here before going down the penstocks to Lake Pukaki. 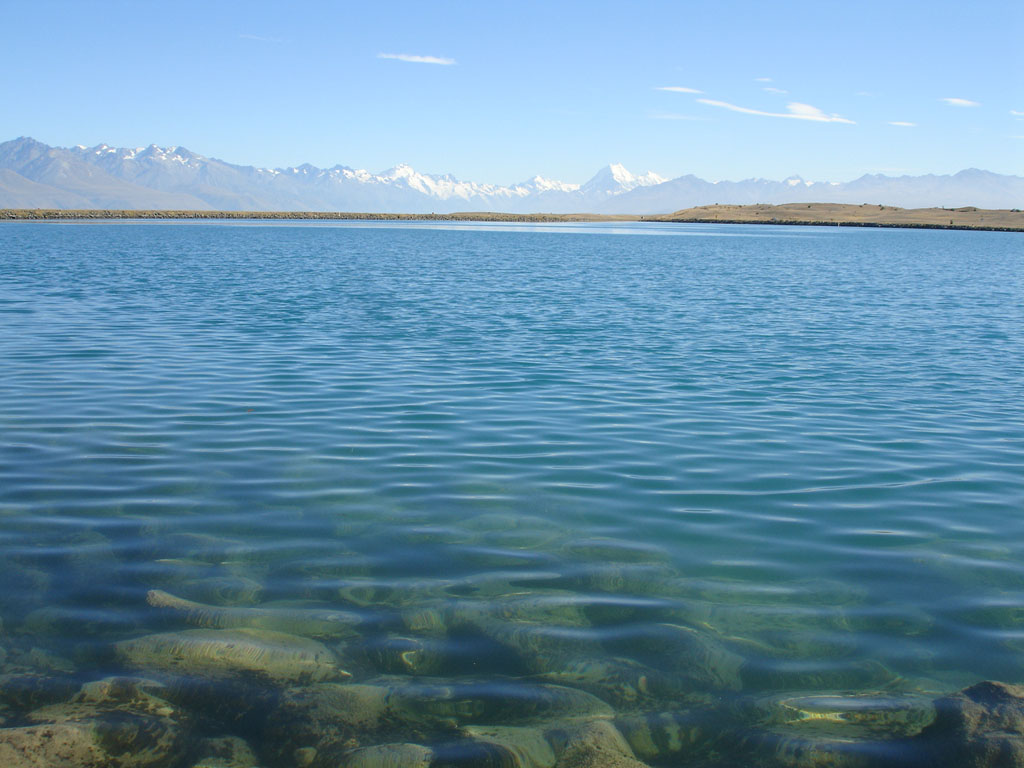 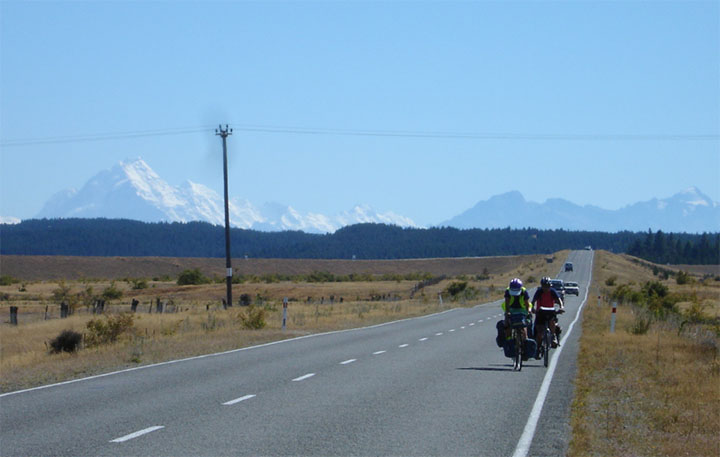 Cool off time in the stream at the back of the Omarama camp. 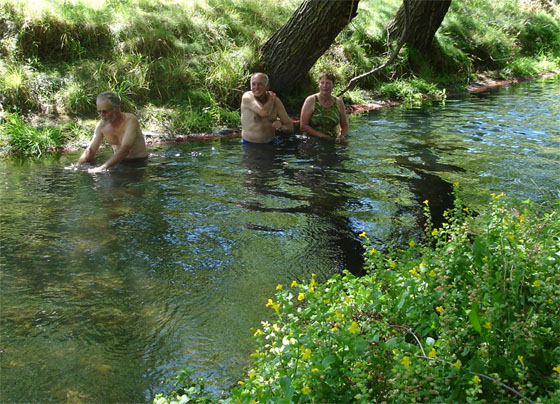 Wolfgang had bought 3 salmon at the farm on the canal and used them, along with
lots of other goodies, in a delicious meal he cooked for all of us at Omarama.
Thank you, Wolfgang. 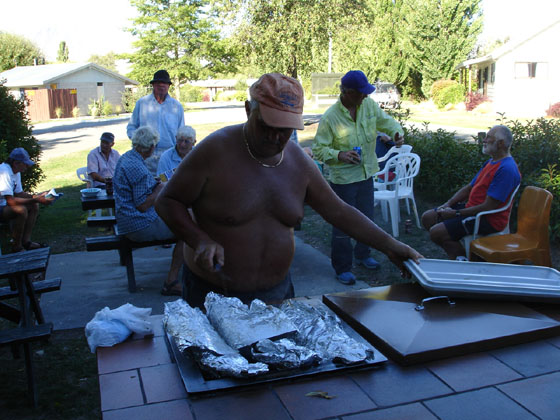