Bryan & Glen in the beech forest on the path to the Blue River. 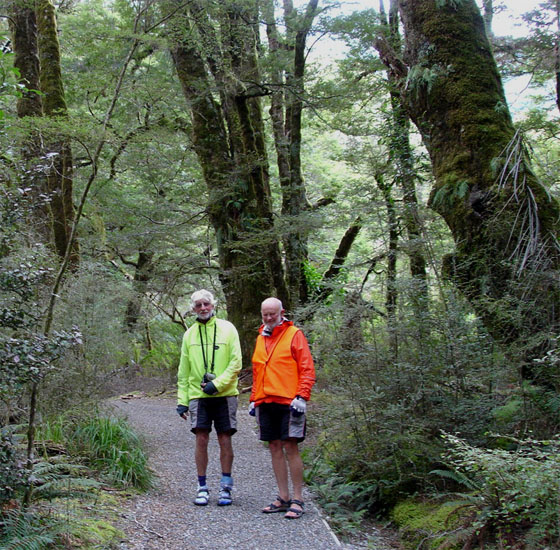 The Blue River (or it might be the top end of the Makarora near
where the Blue joins it).  We had been told we should visit the
Blue Pool, but the path was closed for bridge repairs. 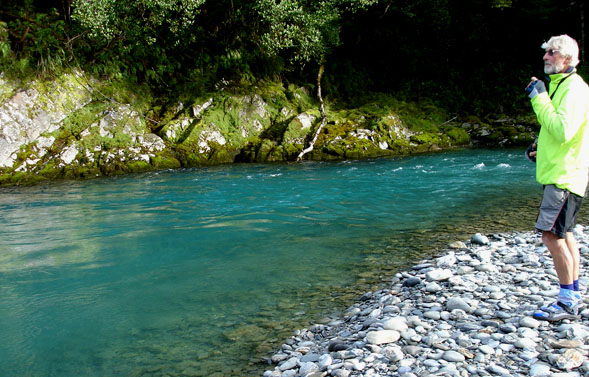 Approach to Haast Pass.  We reckoned that the pass summit was at
the cleft in the tree line at the centre of the photo. 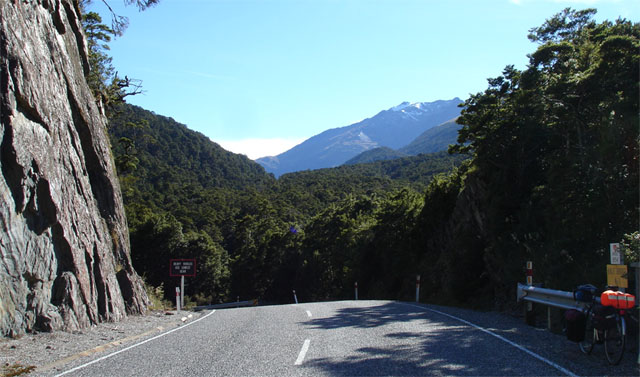 Anyway, here's John, Pat and Bryan at the top.
As passes go it's a fairly low summit.
The climb from south to north (the way we did it) was not too arduous. 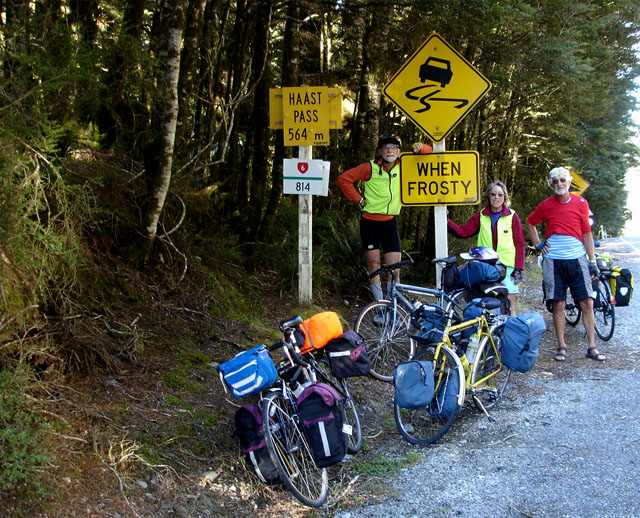 It would have been a very different story if we had had to climb up here
from the Gates of Haast. 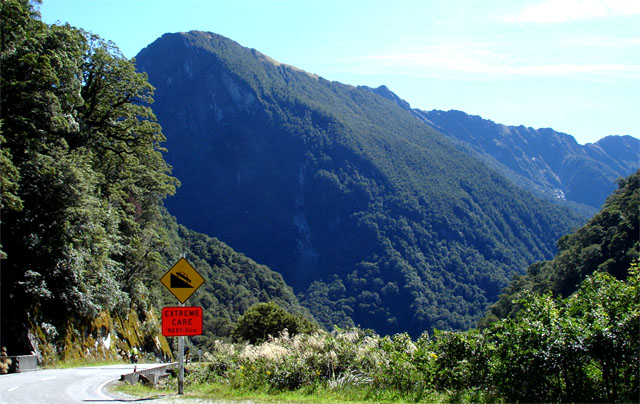 Here's Bryan at it again.  This was Richard's turn to break down, when his rear derailleur
came apart.  He was lucky not to have lost any of the bits. 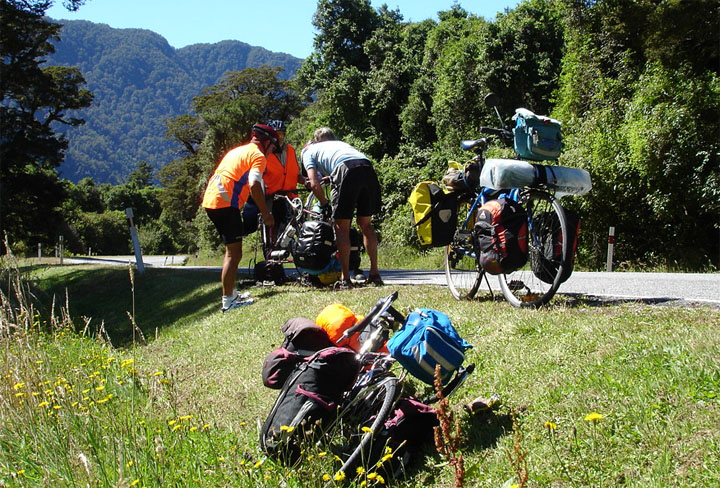 We kept meeting this young English couple.  They had been on the road on
their tandem,in many different countries, for about 18 months.

Having descended from the Haast Pass, the road follows the Haast River for
about 40 km to the coast, generally flat all the way. 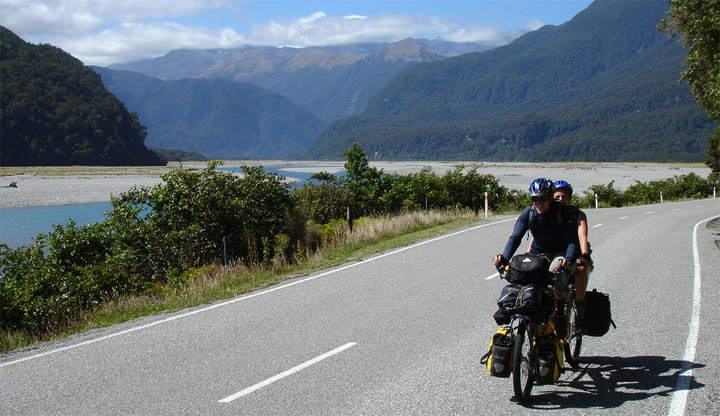 Finally you realise, for the first time in a long time, there are no mountains in front of you.