This scenic beauty was probably never seen by motorists : they would be
zipping past the gaps in the roadside brush far too fast to get a glimpse
of what cyclists can see. 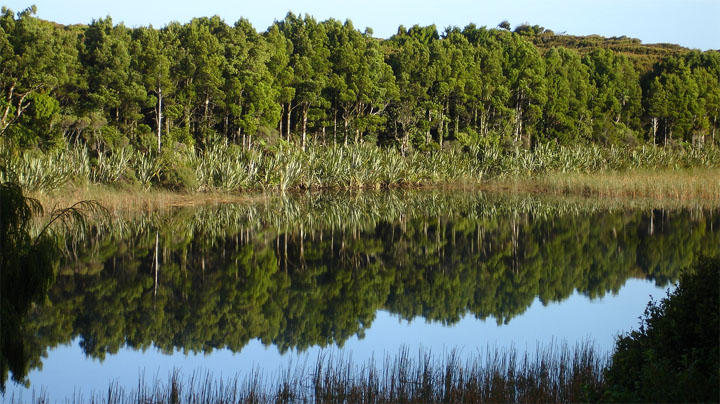 They would probably miss this little gem, too. 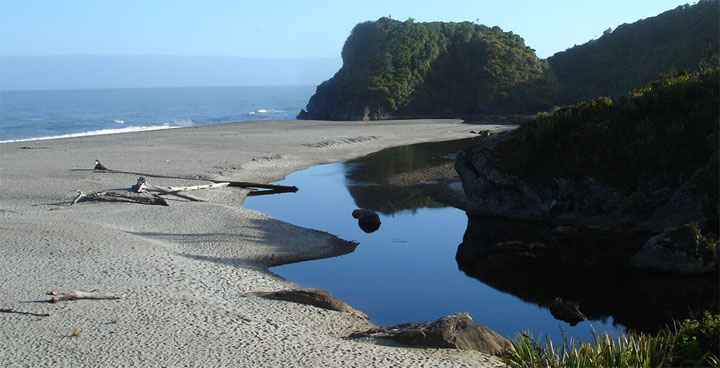 This shot was a challenge!  The man-eating sandflies were out in force and
you would hardly get time to focus before having to swat another army
of the little blood-suckers off your legs.

Everything you hear about West Coast sandlies is absolutely true!!! 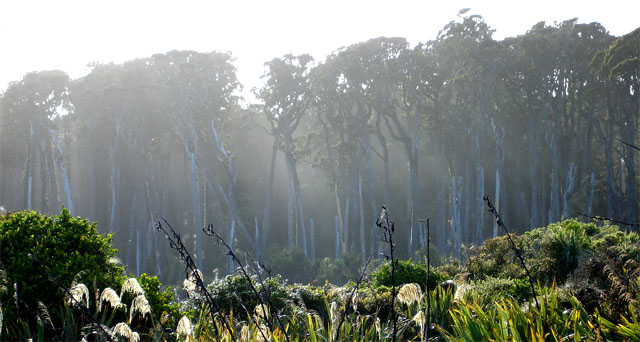 This is on the descent on the northern side of Knight's Point.

That's Bryan at the far end of this majestic avenue. 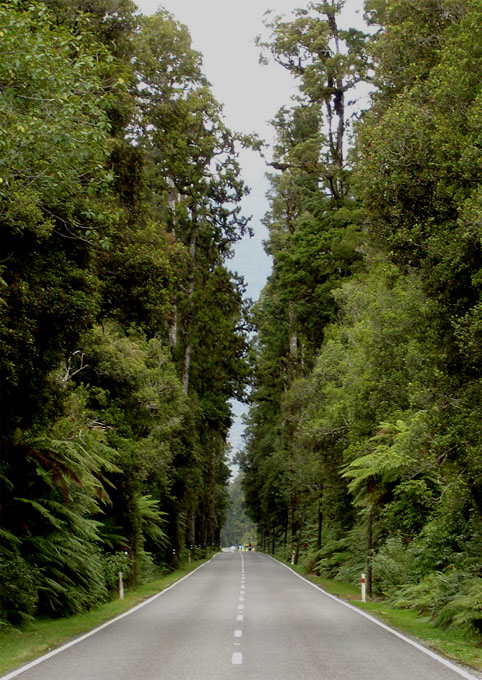 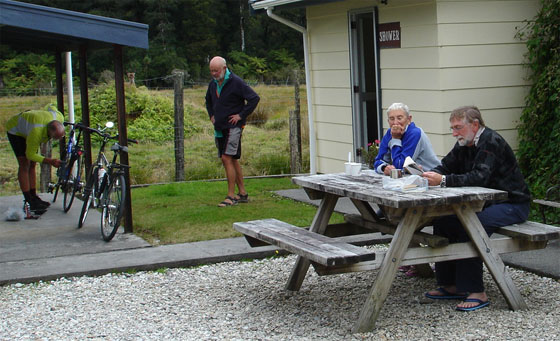