At Aickens, heading to the Otira Gorge and Arthur's Pass. 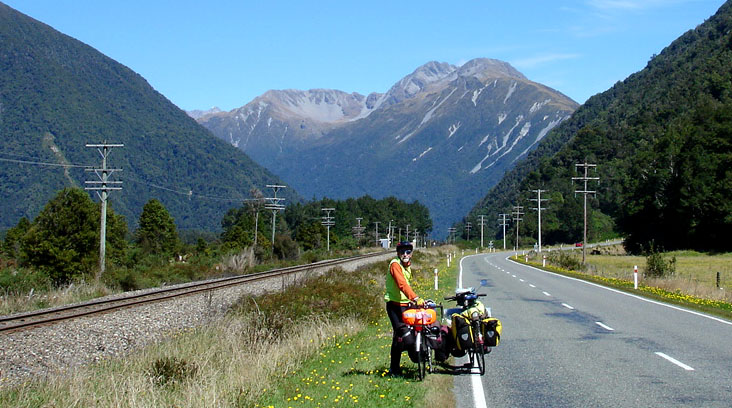 The climbing is now becoming more serious, as we get closer to Otira. 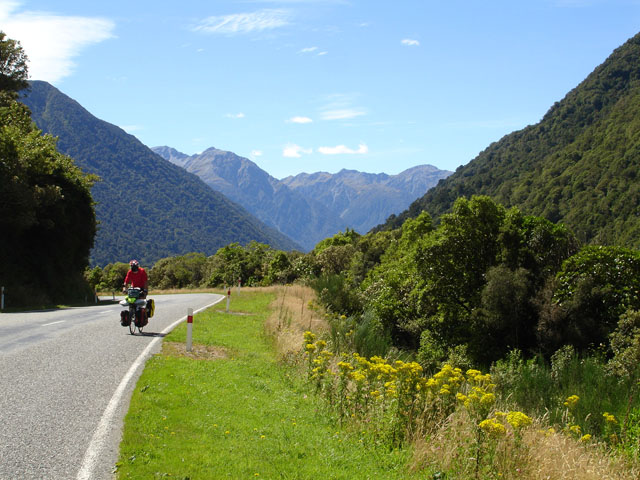 The shelter on the left keeps rock slides off the road,
and the next one carries a small waterfall over the road. 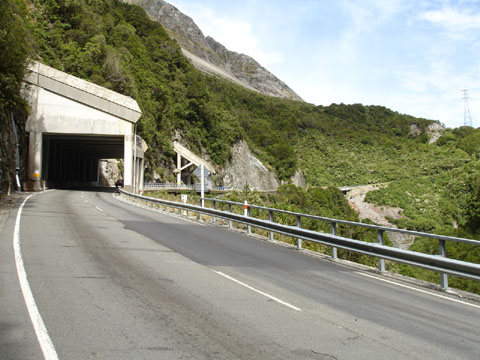 The climbing here was very serious - we were walking. 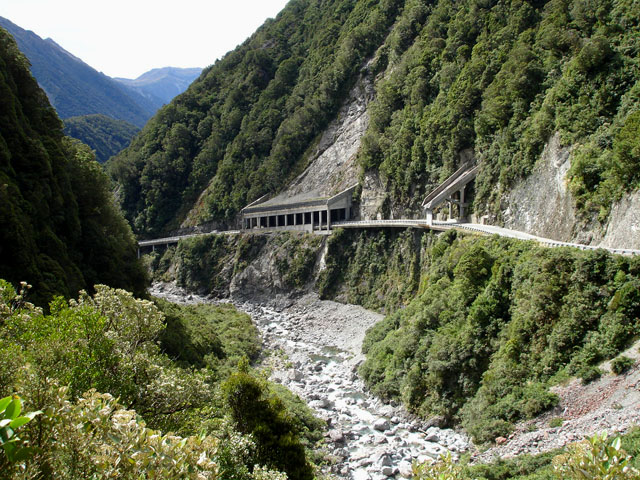 Had to walk up the viaduct, too. 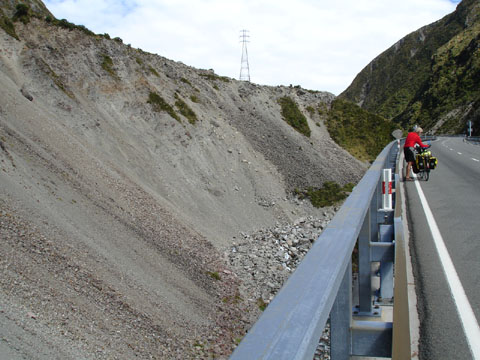 The viaduct cuts out some delightful hairpin bends.  The remains of the old
road can be seen near the base of the power pylon in the centre of the photo. 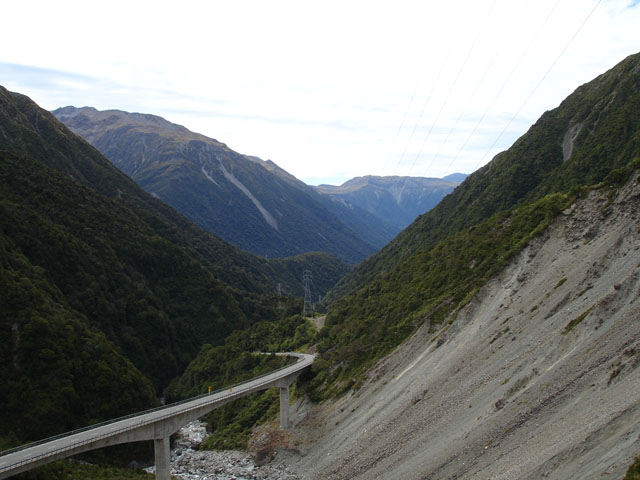 Even though the signs clearly said, "DO NOT FEED THE KEA", there were
still people offering them food.   One of them took a decided interest in Bryan's front tyre
until it was told, rather unceremoniously, where to go.  These ones were interested
in the car's plastic fitings. 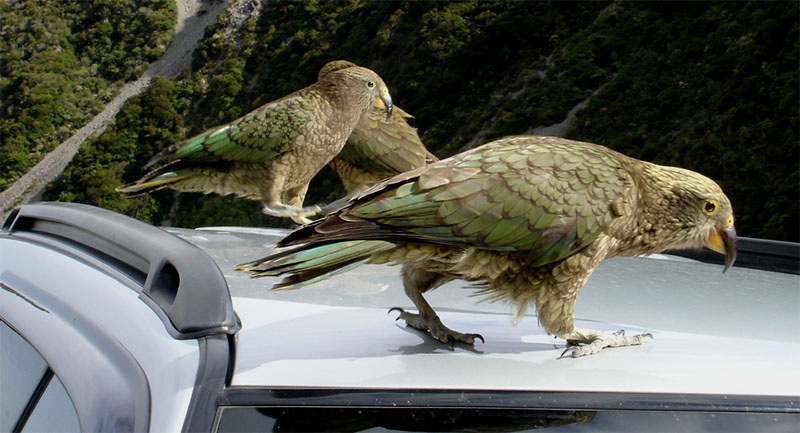 Bryan pushes his bike the final few metres to the summit. 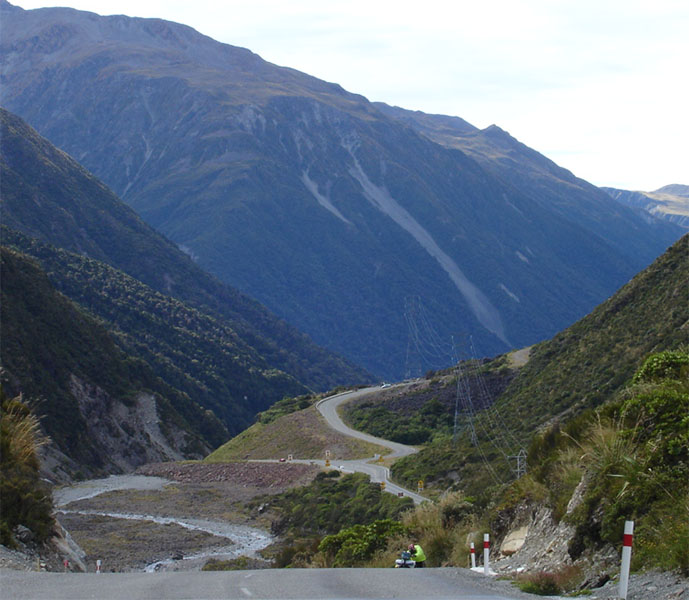 At this point Sir Ed's famous words came to mind. 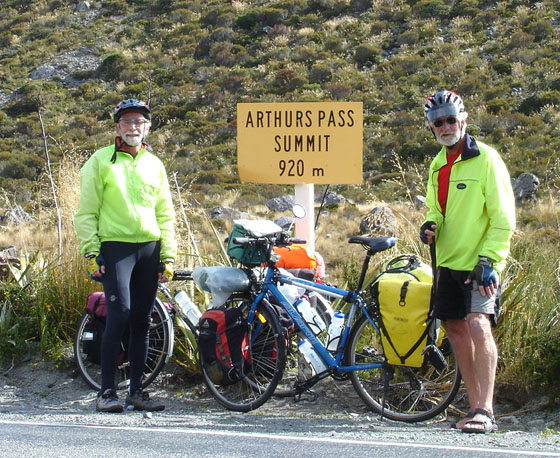