9 of us met at Waihola, south of Dunedin (but not far from the airport) on the Saturday and commenced our ride up to Middlemarch from there.  The weather was somewhat cooler than what we had left behind in Auckland. 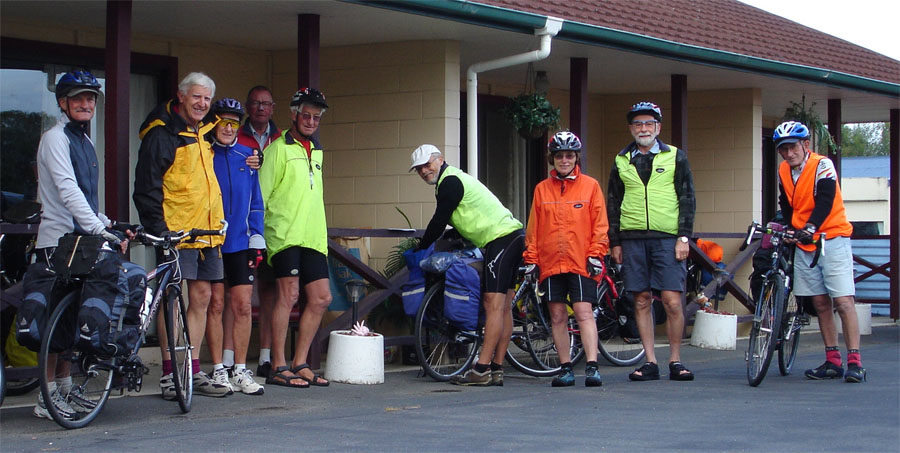 The Henley Co-op Cheese Factory is duly captured on film (or pixels) by John G. 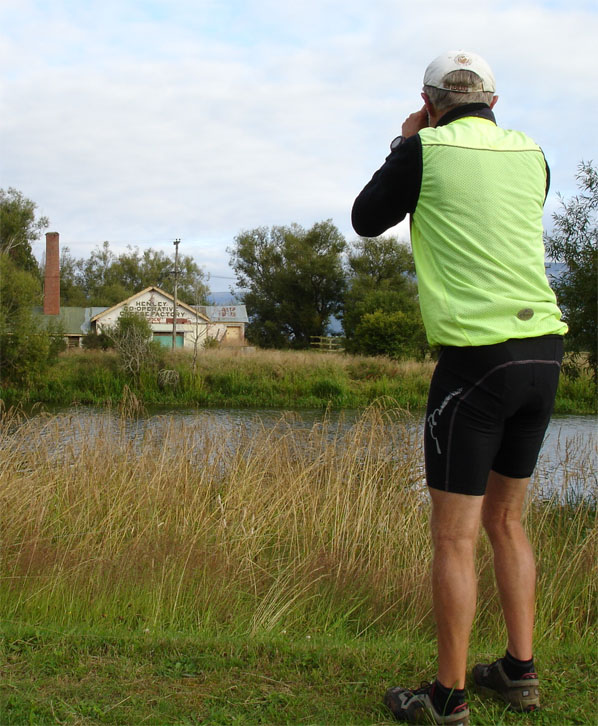 At Outram, just before we started the long climb up to Middlemarch, we found this lovely new café.   Ahhhh  coffee at last. 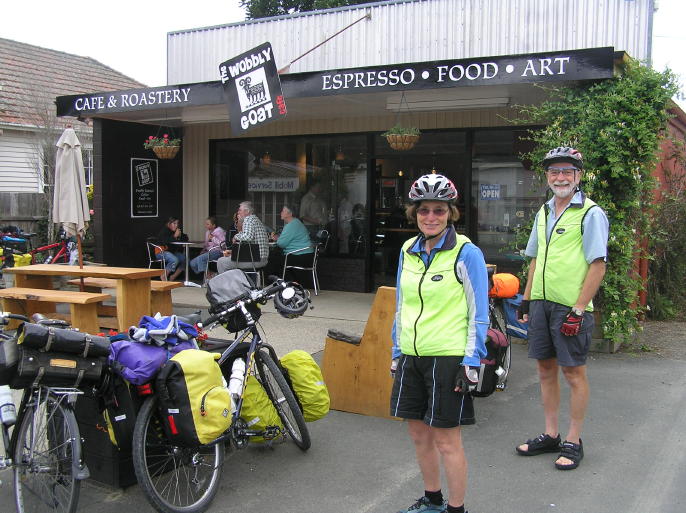 Dick and Lyn shouted us all morning tea to help us celebrate their wedding anniversary.  And very tasty it was, too. 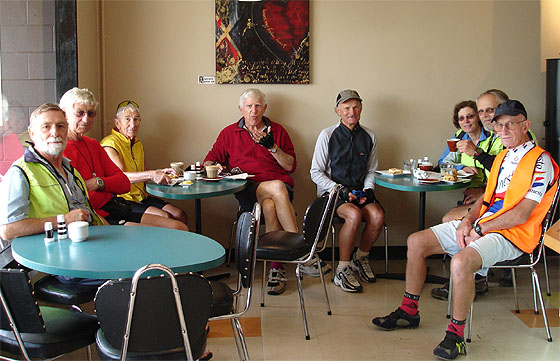 We leave the Taieri Plains, starting our climb.

Lunch at Lee Stream School.  The Principal was doing some overtime and kindly opened up the toilets for us.  Good ol' South Island hospitality.

We started the day with a tiki tour out to Sutton.

First item of interest was to see that there was a One Tree Hill there.
Although some thought it might be Glastonbury Tor.

Next item was this delightful stone barn. 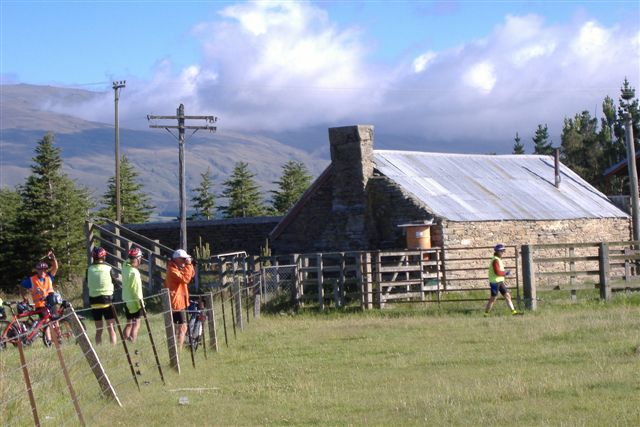 Followed by this stone stock yard.  Many of the fences in this area also had stone fence posts. 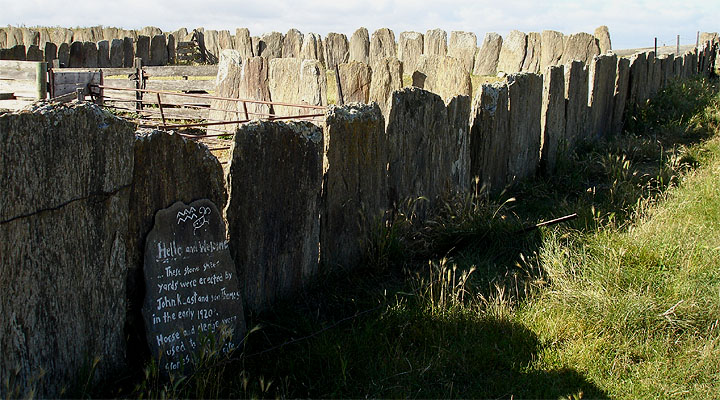 Then we arrived at the Sutton Suspension Bridge. 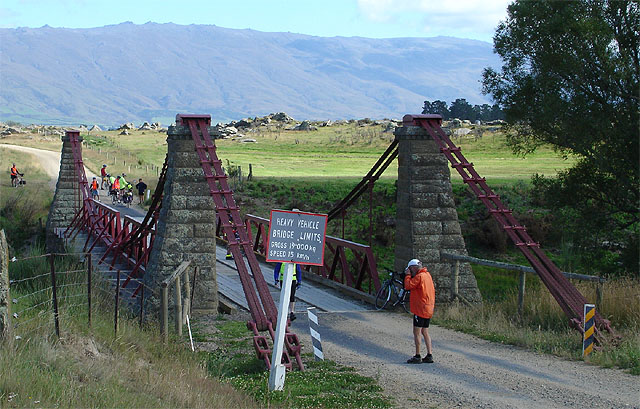 After the tiki tour we stopped at Middlemarch for coffee (the café lady had been a lawyer in a previous life.  She was going to write a book : "From Barrister to Barista.")

Then we started the rail trail.  The first section out of Middlemarch was the longest straight on the whole trail. 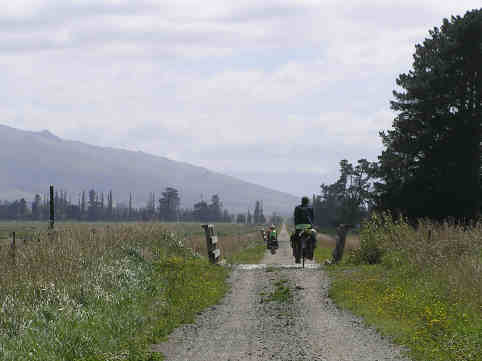 This was our lunch stop at Rock and Pillar. We were now 13, with 4 riders taking the train to Middlemarch yesterday.  And, later in the day, Glen joined us, having cycled via a very circuitous route all the way from Nelson. 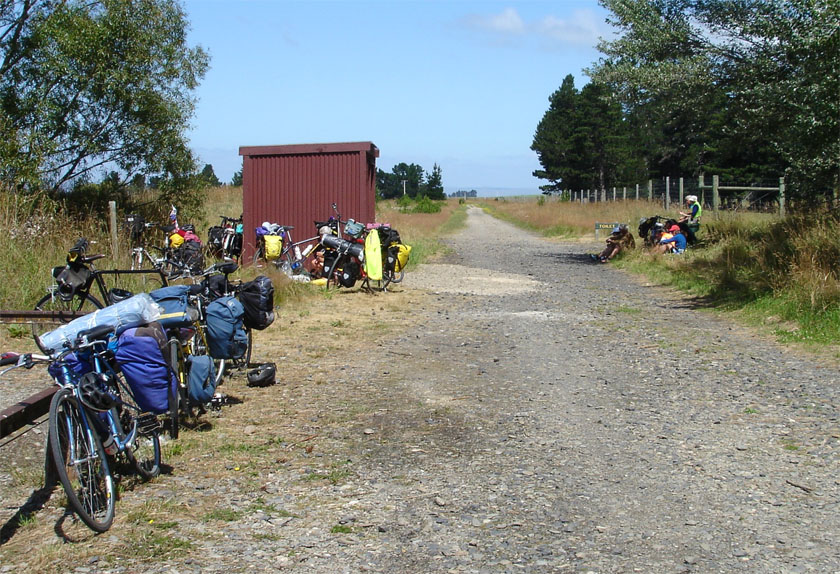 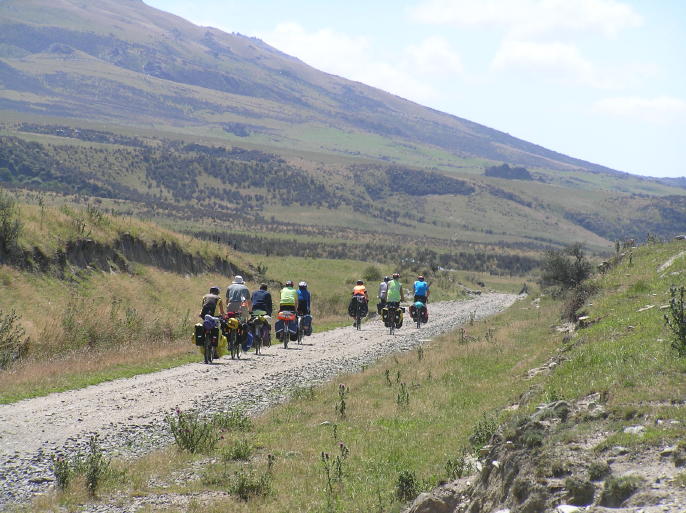 Our first railway cutting, where you start to get the real feel of the rail trail. 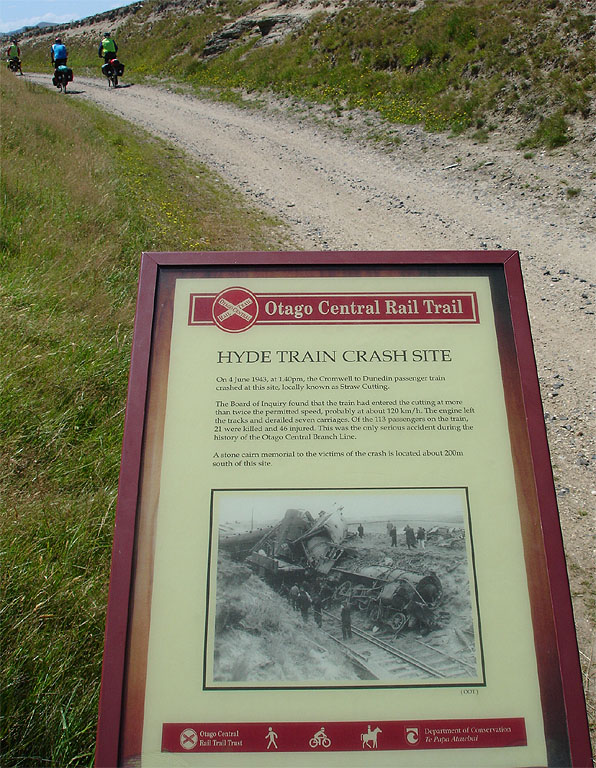 Hyde Station.  This is now privately owned.   The two ladies heading toward Middlemarch were nearing the end of their ride. 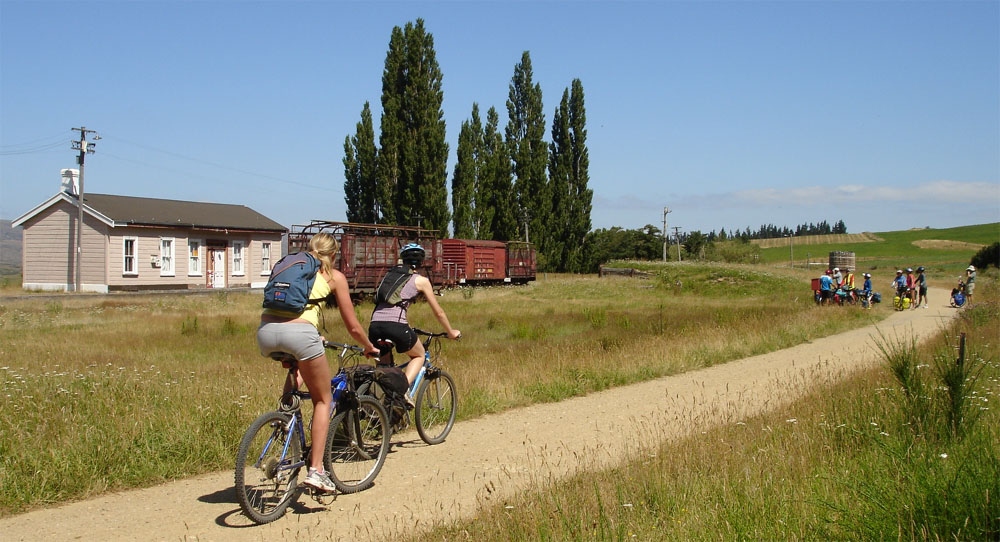 We were being treated to nice long twilights.   As you can see on the clock inside this was taken at 9:05 - there was still plenty of light.  We had had a delicious dinner at the OCH earlier in the evening, and a very relaxing time in the lounge. 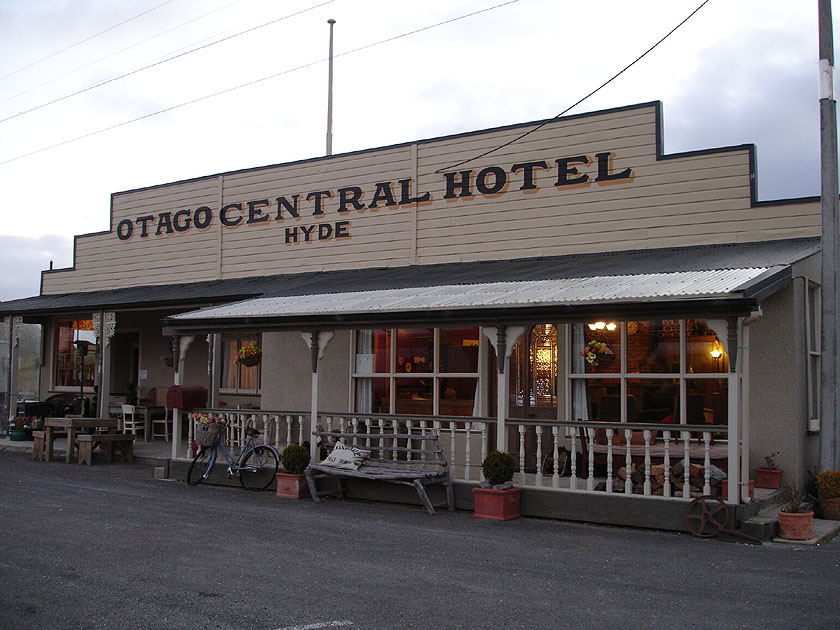