Here we are ready to leave Hyde. 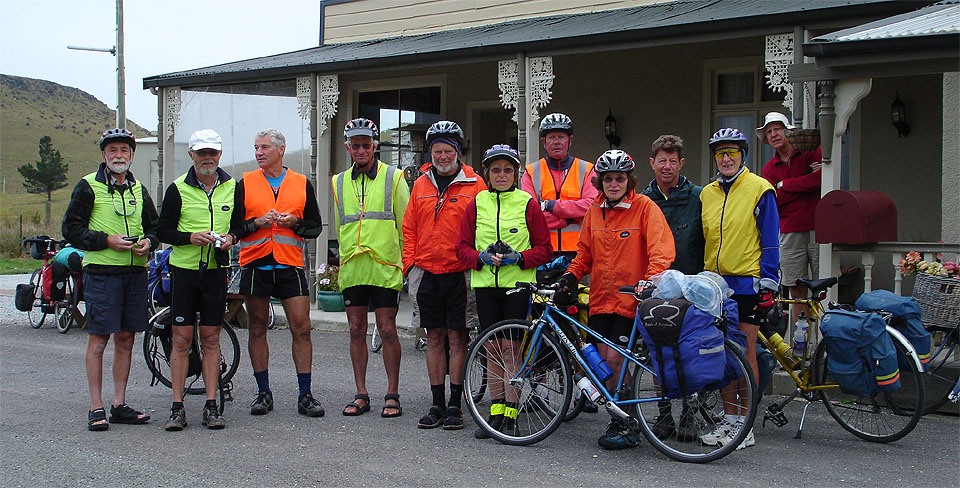 And two views of our departure over the little curved bridge. 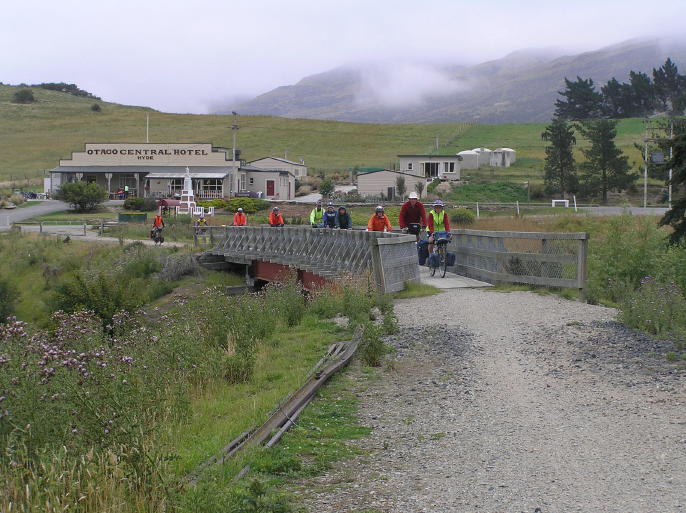 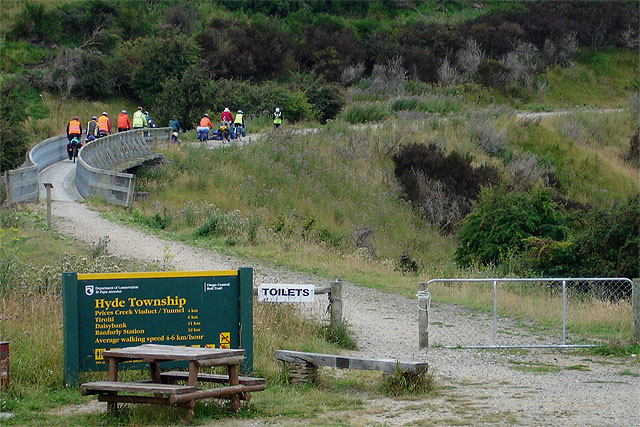 We have successfully negotiated the Prices Creek Tunnel, not far from Hyde. 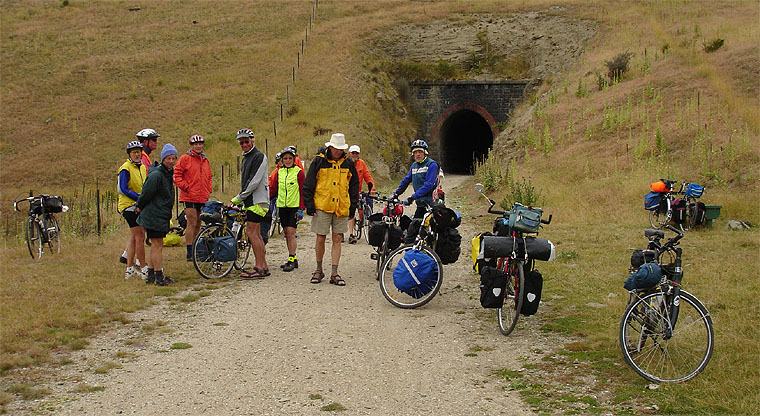 Glen and Tony arriving to join the queue. 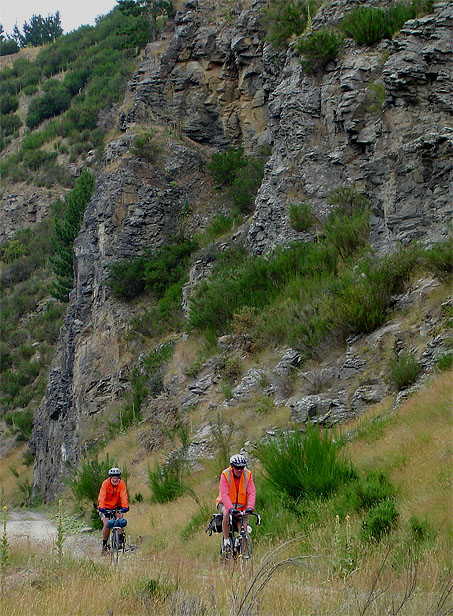 Obviously we are a well hydrated group.   Looks like Dick should have been at the other end of the queue. 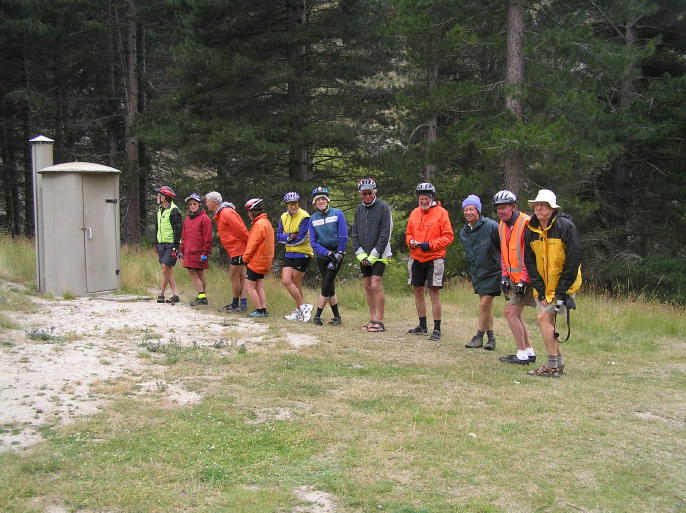 Carrying on in the Upper Taieri Gorge. 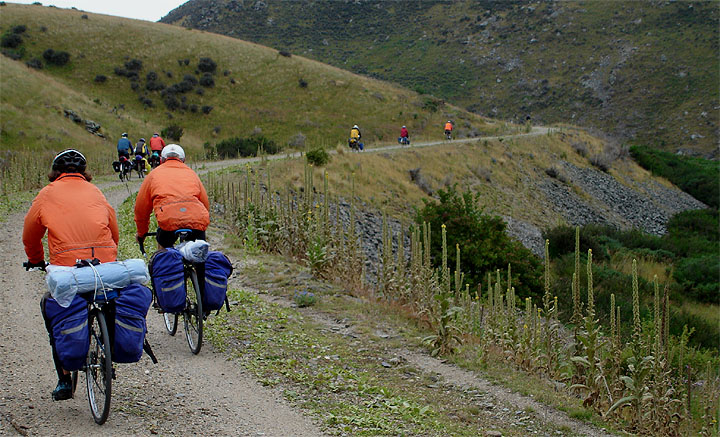 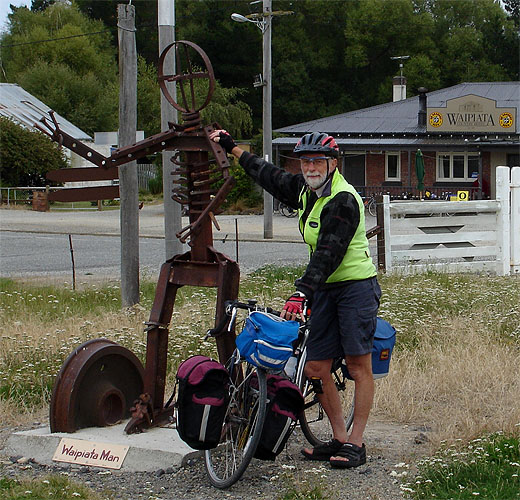 Waipiata Man is made up of bits and pieces of of old railway hardware.

After arriving at Ranfurly, and getting rid of our panniers, we rode out to Naseby.

This delightful cottage and garden was on the road in to town. 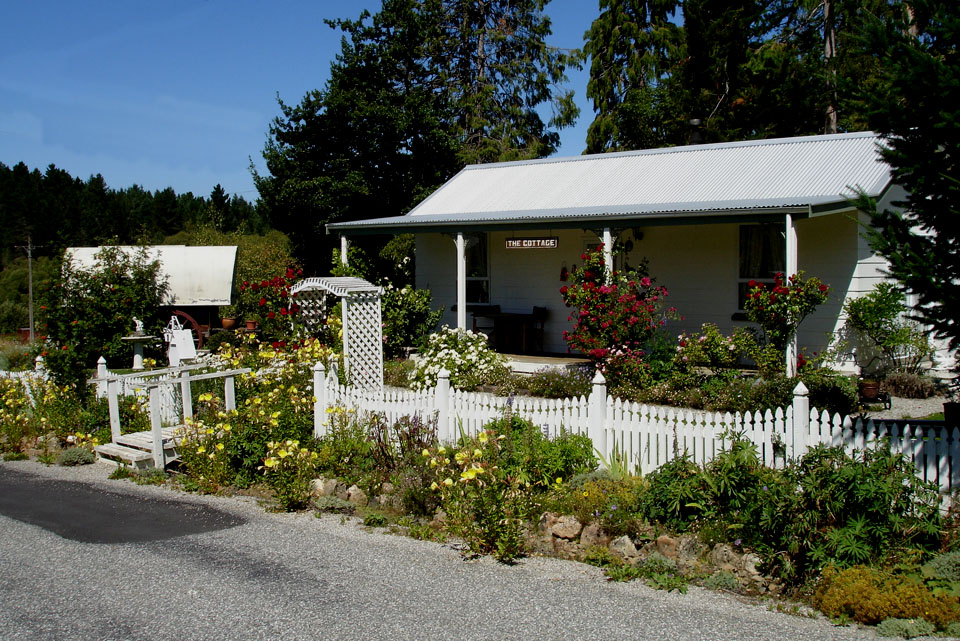 The township of Naseby is located among shady trees at the head of the sun-bleached Maniototo Plain.  It is the most charming of Otago's gold rush settlements (often referred to as the 'Jewel of the Maniototo'), with a wealth of surviving Victorian architecture, and some remaining buildings constructed from adobe (sun dried mud brick).  Gold was discovered in 1863 by the Parker brothers and as many as 5000 diggers once toiled on its gold fields, but this "poorman's field" as it was known made recovering the gold a sometimes thankless task. However, many miners persevered, homes were established and in time, Naseby became the main centre of the Maniototo. Hotels were many, a Court House and County Office were established, banks, a school, churches, a town hall, police station and commercial enterprises such as stables and grocers, all contributed to a thriving community.  Largely as a result of political pressure, the establishment of the Central Otago Railway through the centre of the Maniototo Plain saw Naseby lose its importance as Ranfurly became the main service town. Naseby's present day, permanent population is 100, but this swells to upwards of 3000 people during the holiday season, with crib (holiday home) owners and camping ground dwellers enjoying the tranquil delights of this corner of the Maniototo.  Coupled with a growing number of farmstays and homestays, the new gold for Naseby is its visitor experience.

And the Royal Hotel had some refreshing amber liquid. 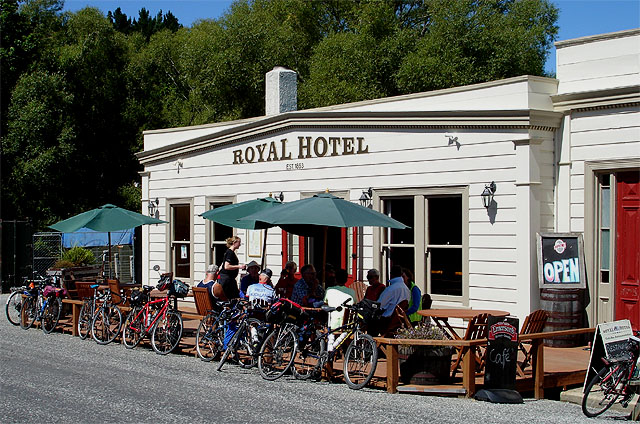