And he makes a better picture of the hills (in this case Mt Ida) too.

Not long after Wedderburn we crossed the 45th parallel.  That's the marker post on the left. 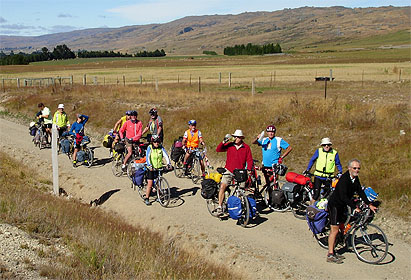 And immediately after that we went over the summit of the trail,
618 metres above sea level.. 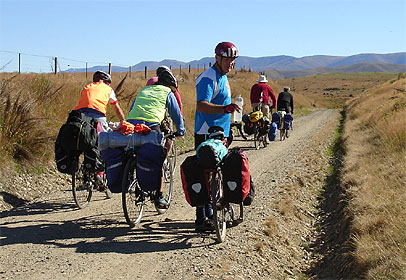 Rest time at the backpackers at Oturehua, before setting out to St Bathans. 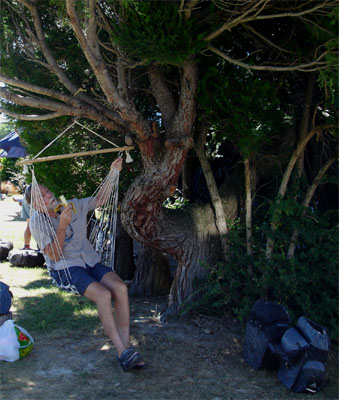 First view of St Bathans : the Post Office nestling amongst the trees. 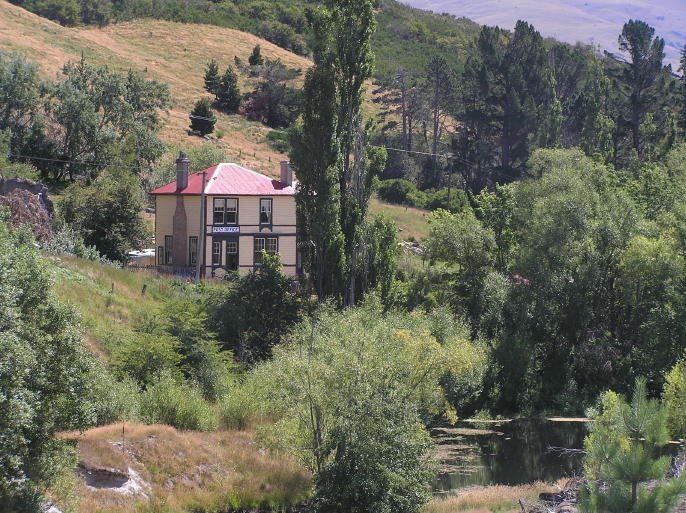 St Bathans was originally a mining town and lies on the Blue Lake.

The Blue Lake was created through mining. When the mining stopped the hole filled with water, creating a lake, the blue colour was caused through the minerals in the water.

The Vulcan Hotel is one of the historic buildings remaining in town and dates back to 1882. 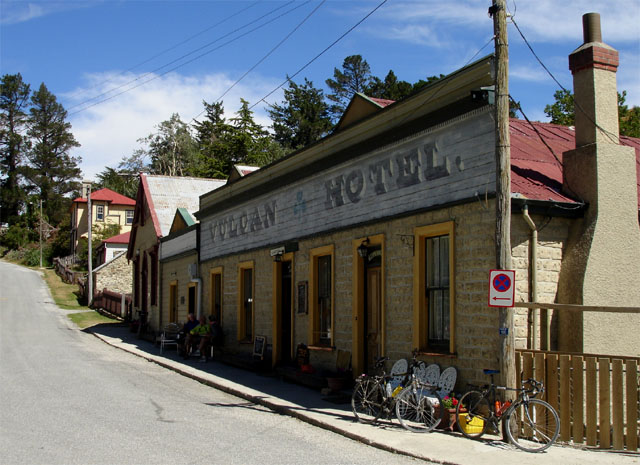 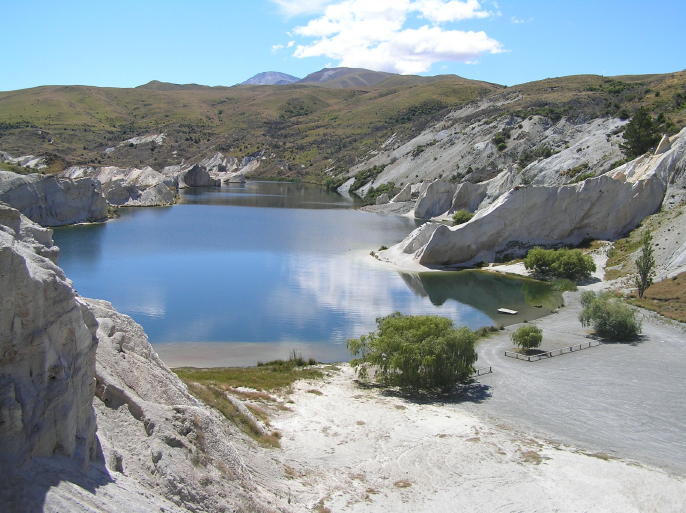 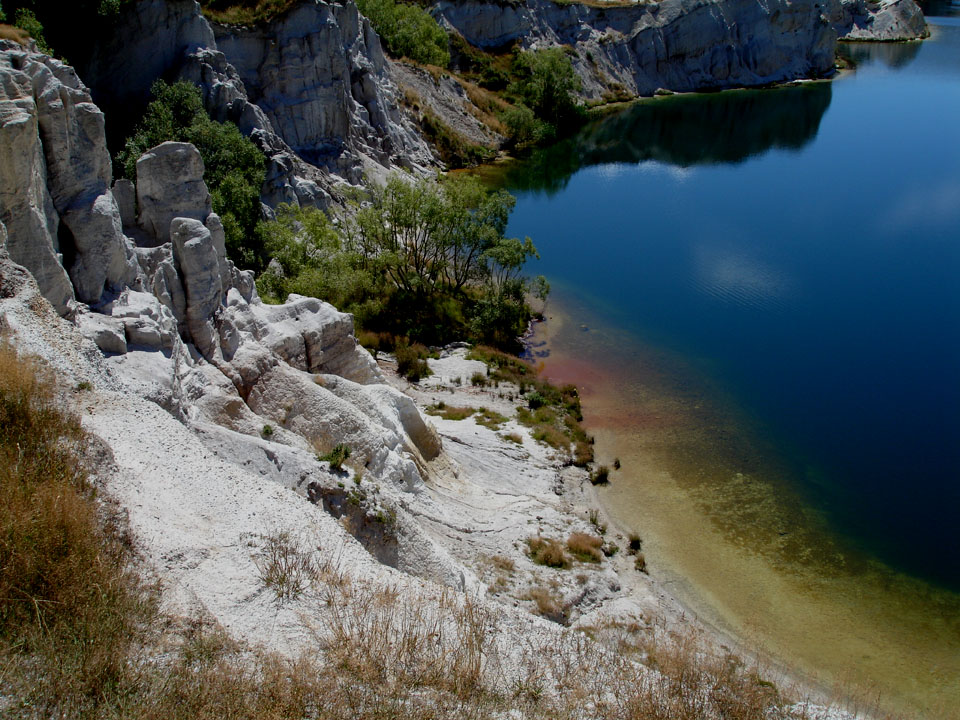 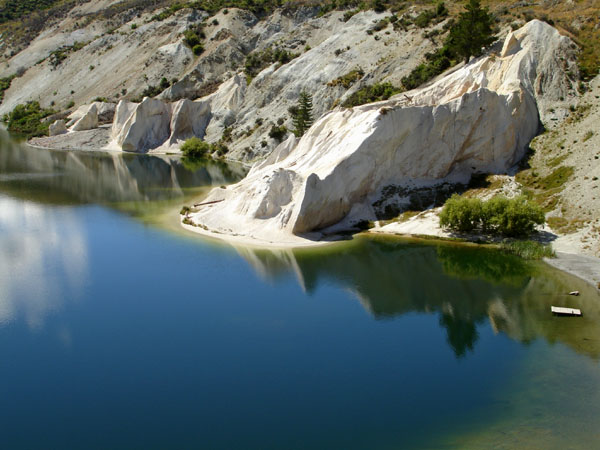