Today was a rest day.  So, of course, many of us went cycling!!

There is a lovely trail alongside the Clutha River, on the south bank, between Clyde and Alexandra.
Probably best to not ride it fully loaded, but it is possible : we met a couple from Ohio on a fully laden
tandem having their lunch beside the river. 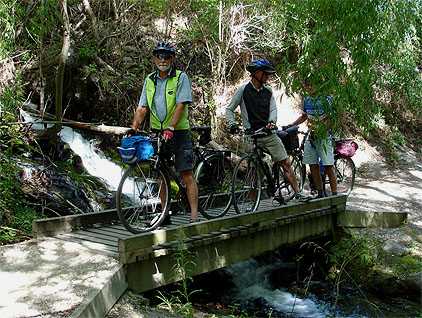 Most of the trail was quite easy, like this.   However there were one or two tricky bits. 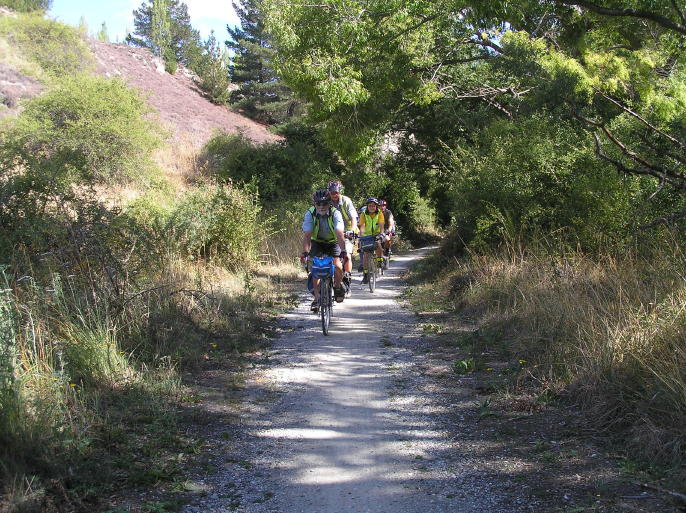 Bryan, John B and David found swooping through the trees was a lot of fun. 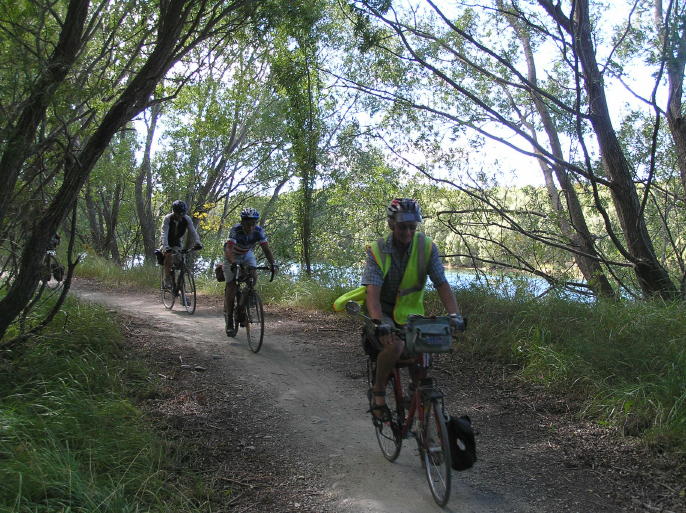 And going across several boadwalks was pretty good, too, although one of them (not this one) had some fairly tight angles. 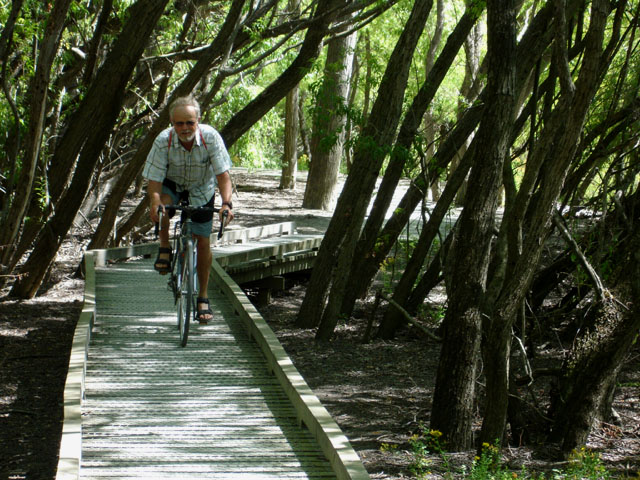 Lunchtime beside the Clutha at Alexandra. 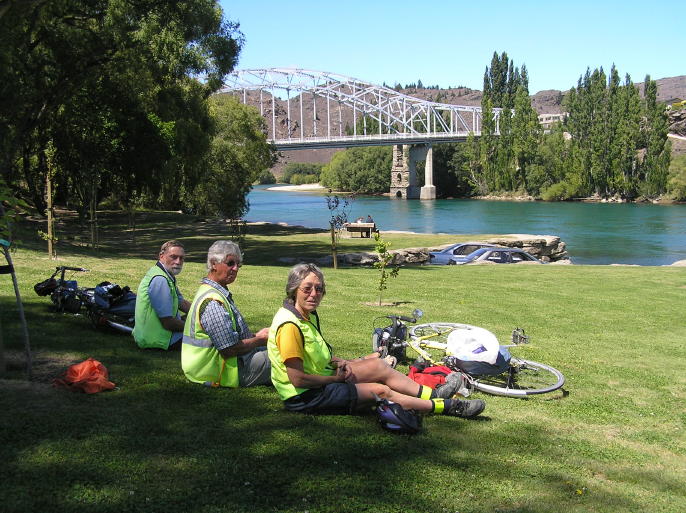 The hills behind Alexandra were particularly barren.  This bridge replaced a suspension bridge many years ago.  The old bridge required large buses and trucks to have a couple of attempts to line up to get across as the approach had a very tight dog-leg turn.  The old stone south abutment can be seen next to the
concrete pier. 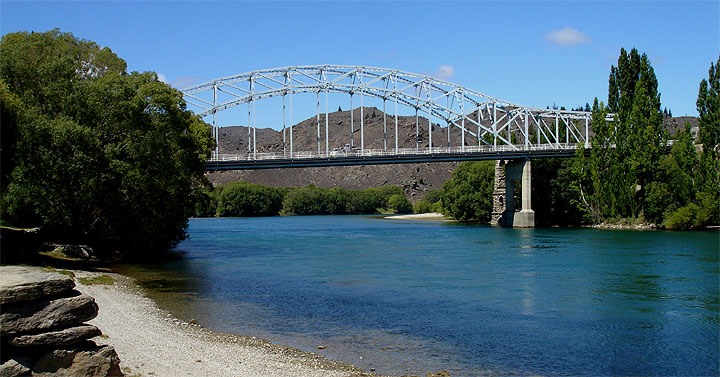 The Manuherikia River joins the Clutha at Alexandra. 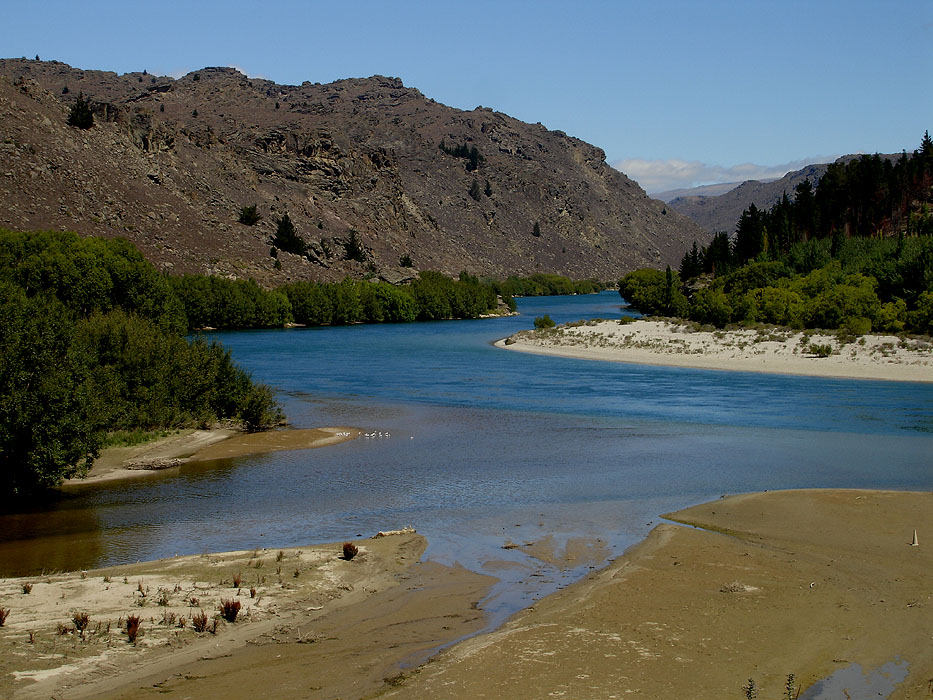 As noted above, this was a rest day.
But Ed decided that the track heading up the hillside over the river from Clyde would offer some good
views so he went climbing.    He was right about the views!! 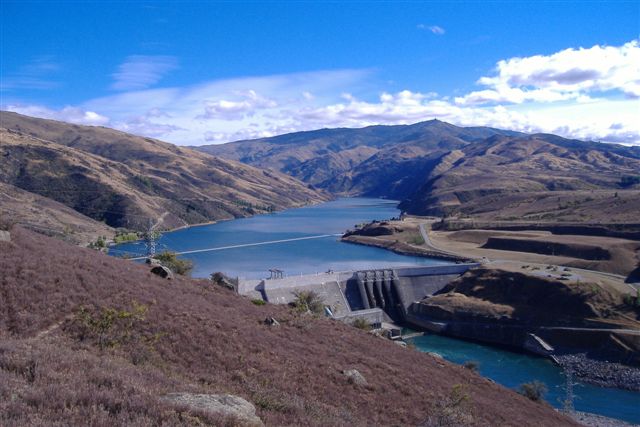 The road to Cromwell and Queenstown winds alongside the lake. 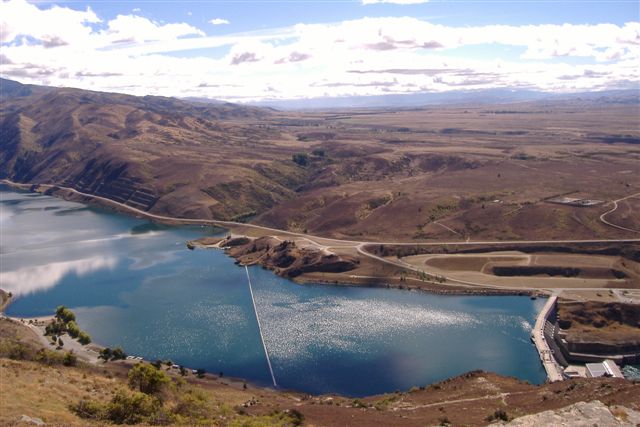 The view looking towards Clyde. 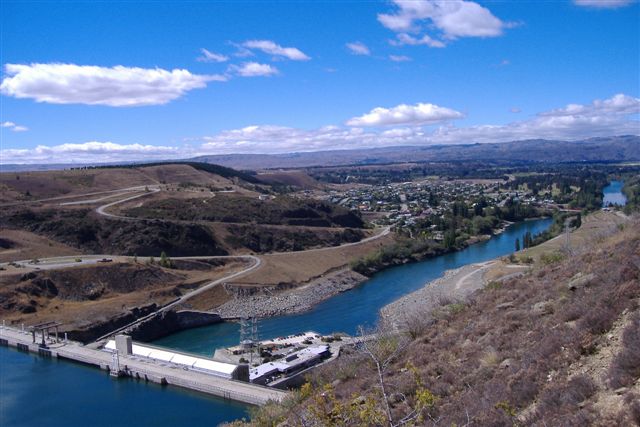