Today we had a rest day in Invercargill.

It was a beautiful day for resting.  Some rested by cycling to Bluff, others went to Oreti Beach,
some just tiki toured Invercargill and one or two may even have stayed at the camp.

And five of us had morning tea with Peter U who, with Beryl, has just recently moved to Invercargill.

The first thing we noticed was the distinct lack of traffic on the roads.
Here we have a four lane road at 9:30 am.

Ed tells me this is Bluff's equivalent of the light house at Cape Reinga. 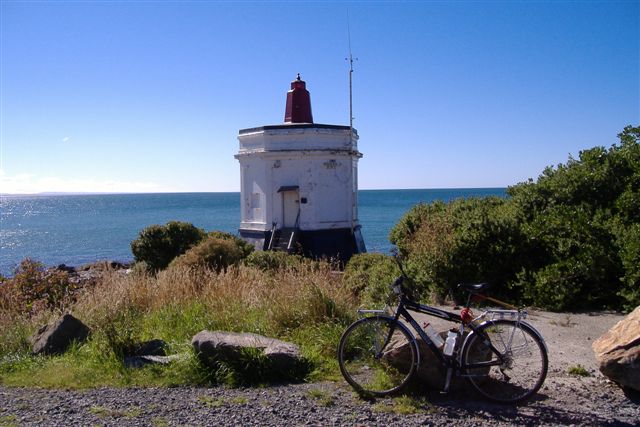 Ed and John B enjoying the sunshine at Bluff Hill.  That's the viewing platform behind them. 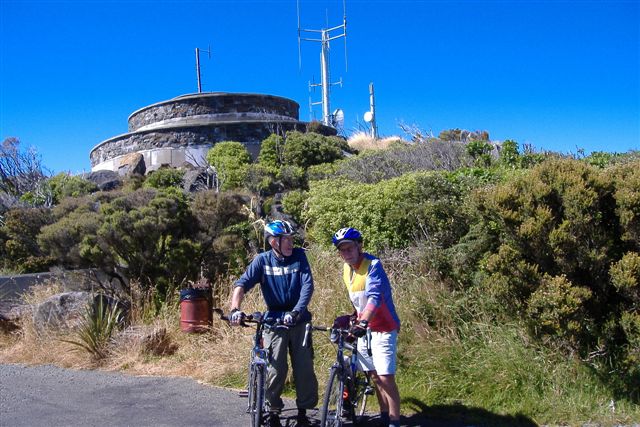 Photo Ed A (did he have a remote?) 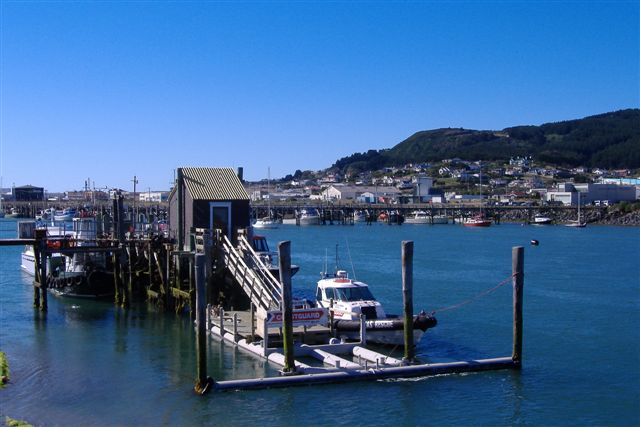 You might have thought the traffic photo at the top was an aberation.
This is Tay St, SH1 from Dunedin, at 11:30 am. 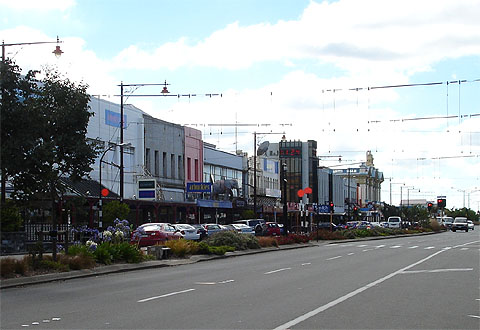 And this is Dee St, near the centre of town, at 2:45 pm.
Tim certainly found himself a gem when he moved from Waitakere. 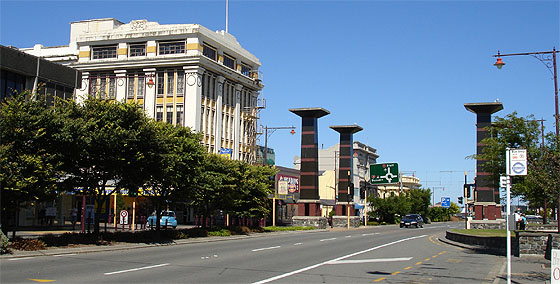 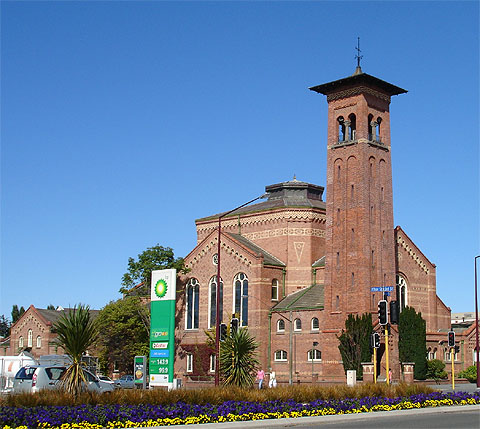 There was a display of woodwork in town.   This is a model of the above church. 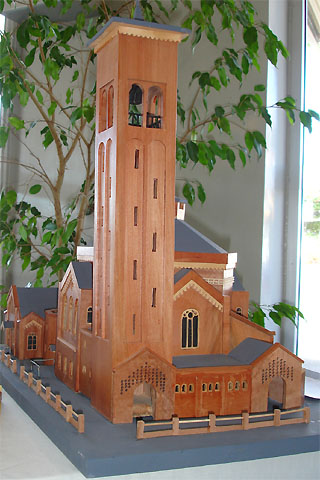 Tim's office is in this fine building. 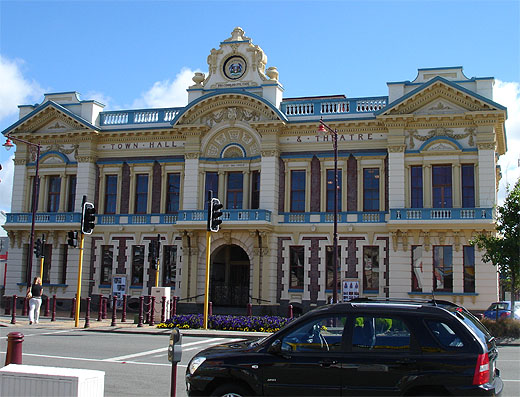 Harking back a couple of days, there seems to be a bit of an elephant thing going on down here. 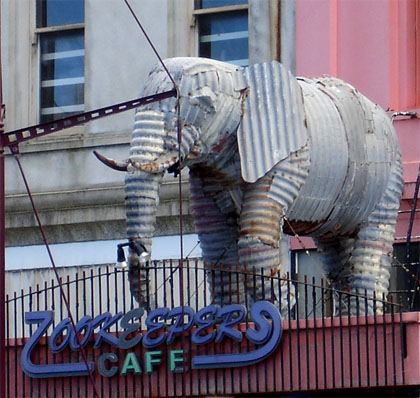 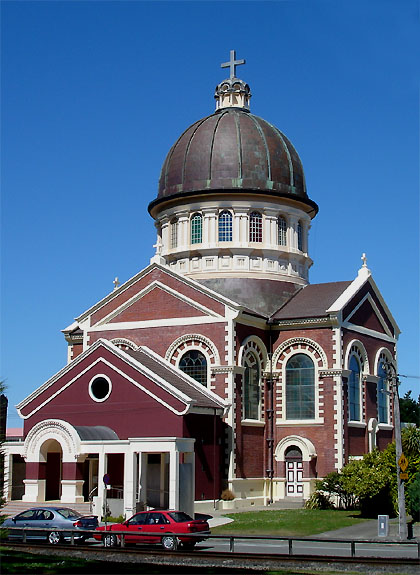 We were fortunate to find out that Hammer Hardware had two of Bert Munro's bikes on display.
The streamlined one is the one used in the movie (powered by a Ducati) and the real thing is
the one in the foreground.   They were certainly built for speed rather than comfort! 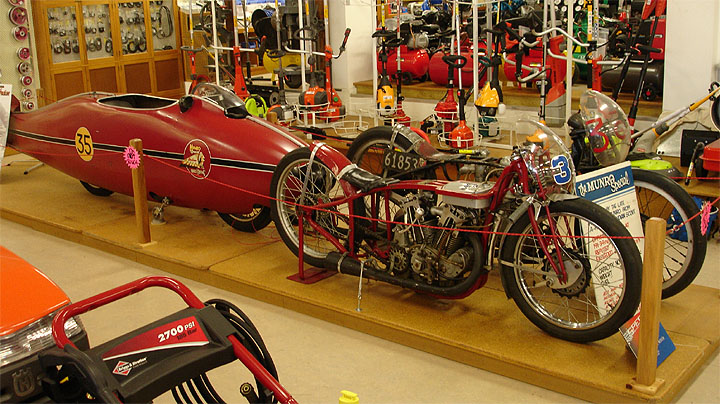 There are certainly some grand buildings in Invercargill. 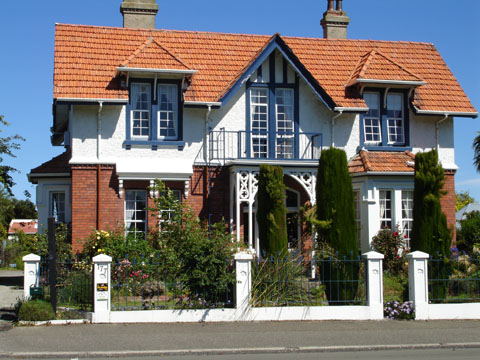 This one is not a church.  It was Invercargill's water supply. 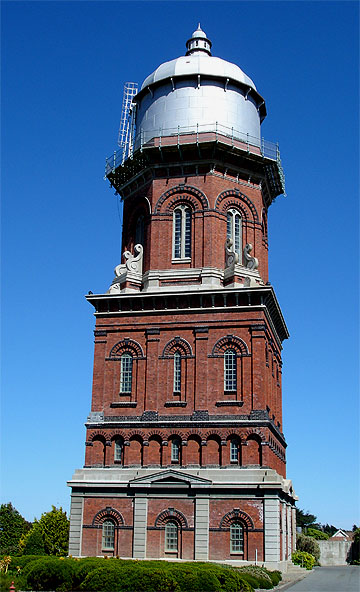 The following detail comes from http://www.ipenz.org.nz/heritage/itemdetail.cfm?itemid=54