This was our only really wet day on the whole trip.
It was raining when we left Invercargill and it was still raining at Fortrose, where we stopped for lunch.

We had not expected to find a café there, so you may imagine our joy when we saw a fairly
new coffee emporium attached to the service station.  But, unfortunately, the boss man was not the slightest bit interested in having a group of wet and cold cyclists inside his lovely,  warm, inviting café.

So we meandered down the road and found a bit of shelter behind a hall.
His coffee was probably yukky, anyway.

On arrival at Curio Bay the rain had stopped, but you can see the weather was
still pretty murky.  The last 13km were over an unsealed road and the bikes got pretty dirty.

The campers were quite disappointed with the camping ground facilities, but the backpackers
had this view of the bay straight off the deck of their cottage.

Better still, there were two other couples staying there and they had the pot belly stove cranked right up.
The world was not such a bad place after all. 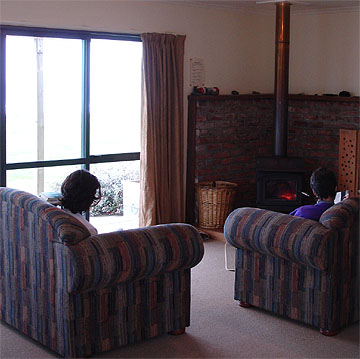 Down on the beach, just beyond the breakers, there were dozens (I don't think I am exaggerating)
of dolphins cruising along the bay.  Every so often three or four would get up on a wave and go surfing.
Unfortunately, I have not seen any photos of these antics.

This morning, before leaving for Papatowai, we were treated to a glorious sunrise. 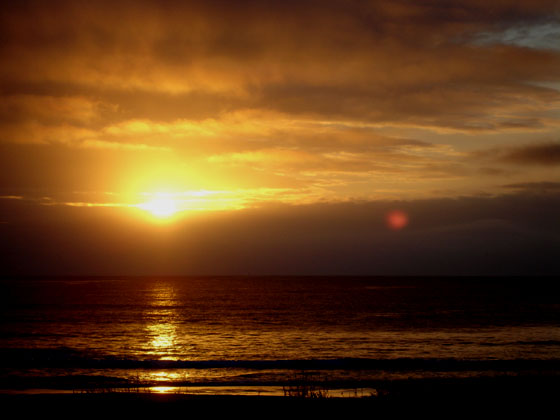 Not far from Curio Bay, we arrived at Niagara for coffee.
A little way up the road you will find NZ's Niagara Falls.

The sign over the door says, "Chaslands 1897"
The paint may be fading, but at least the satellite dish is there.

We took the time to walk down to Cathedral Caves.  Bryan and John B stayed back on the main
road to look after our bikes but, as it happened, we could easily have ridden the 2 km to the car park
and the ranger would have been able to take care of them for us.

On the way, the enterprising Pat thumbed a ride and 4 of us managed to squeeze in to an English tourist's car.
So the two who missed out tried the same trick with a camper van and arrived in style. 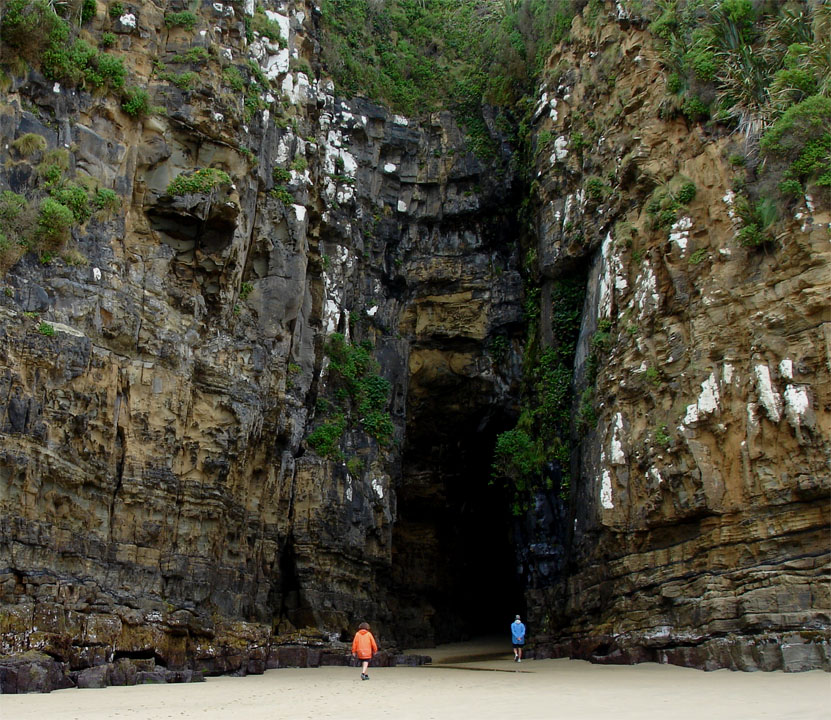 Briar on her way in to the cave. 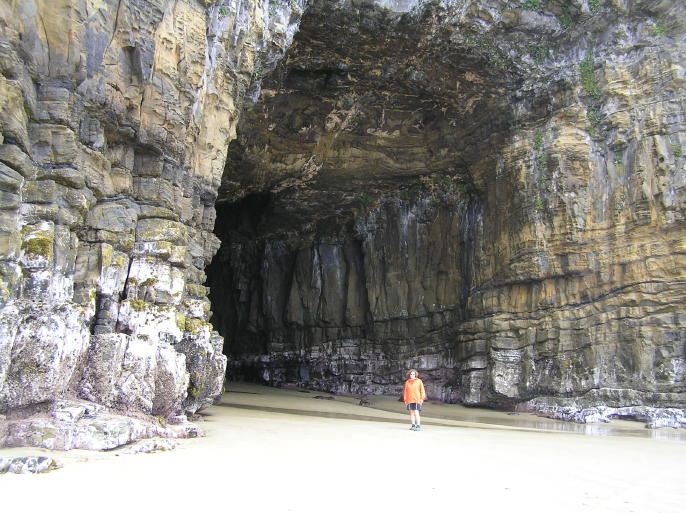 It was necessary to duck on the way back from exploring Tautuku Bay. 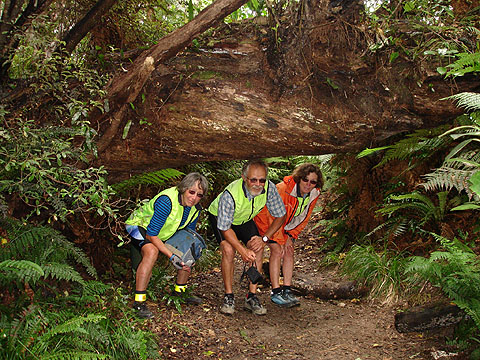 They say it is a small world!  It sure is!
Going down the last hill before arriving at Papatowai I was on the wrong side of the road looking for a photo op.
Round the bend comes a couple of motor homes.
Getting ready to get out of the way I suddenly recognised the driver of the front one.
It was Lesley from Nelson.  We had had the pleasure of having her riding with us on last year's South Island Tour.
And we had also met Ross in his motor home in Wanaka during that trip. 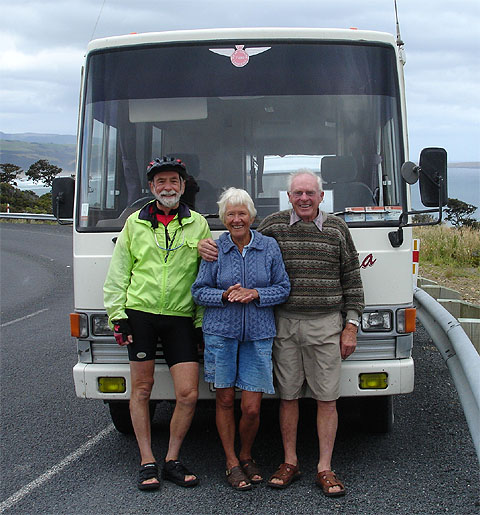 Cyclists in Papatowai could do with a bit more carbo loading.
However, you have to admire their choice of liquid. 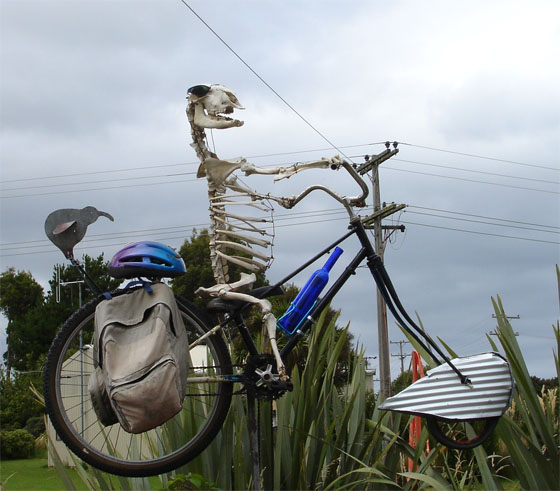 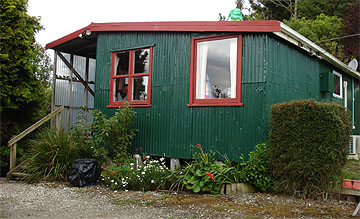 And here's how Pat did her levitation. 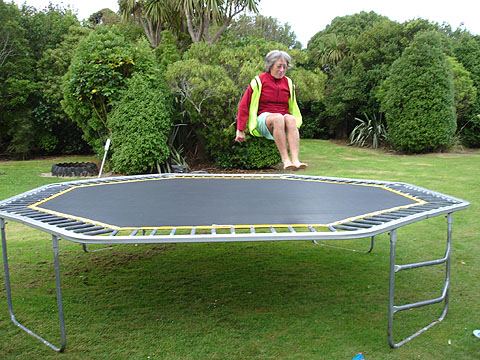