Cyclists, reflecting on their holiday, crossing the Tahakopa River at Maclennan. 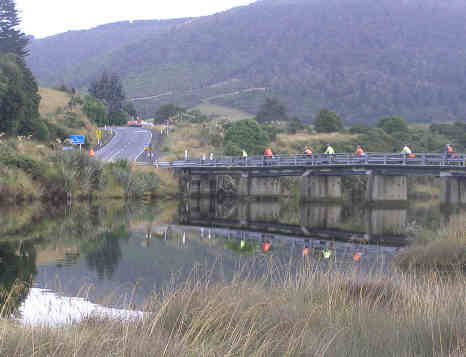 Looking down on Catlins Valley Road.  The summit here was about 190 masl and there was a rather
awesome downhill to the road on the right. 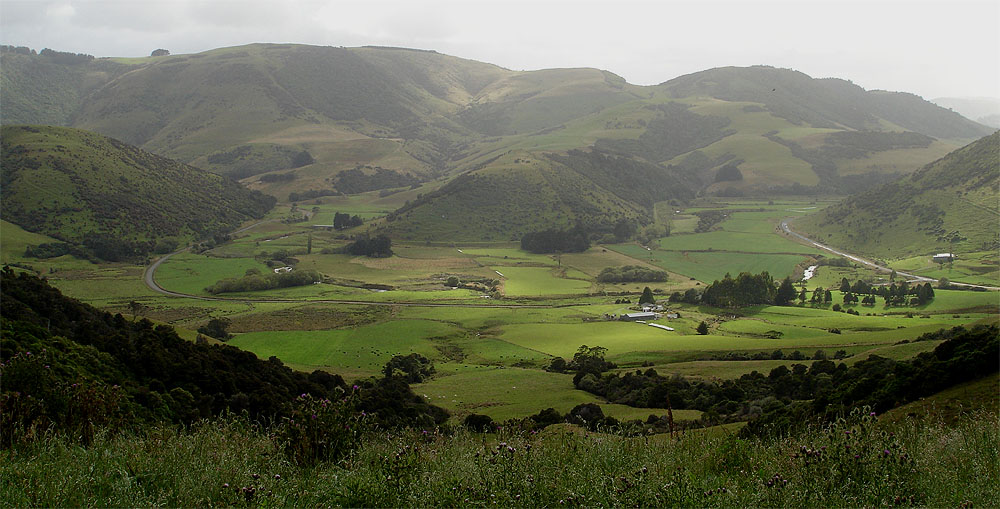 Three views of the tunnel on what was the Catlins River branch line to Tahakopa. 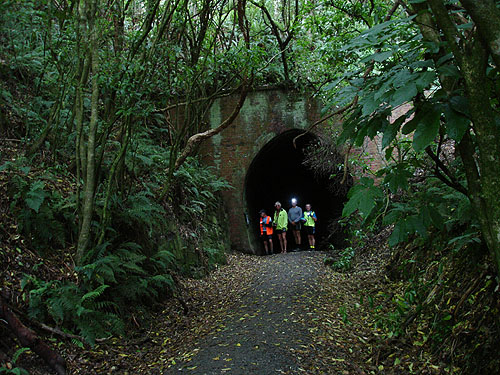 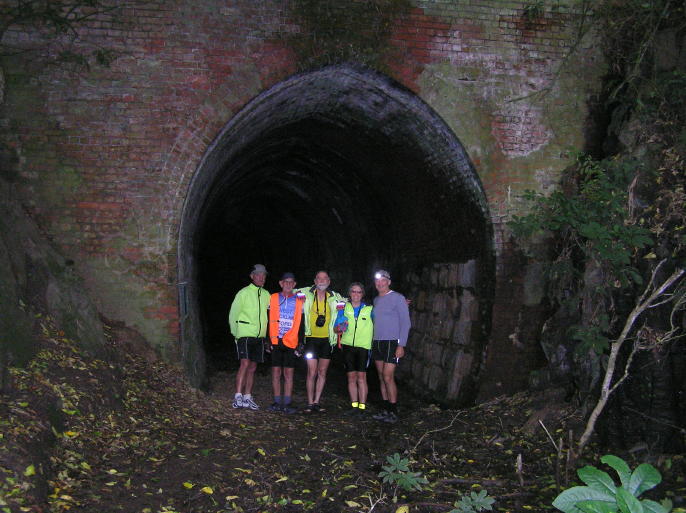 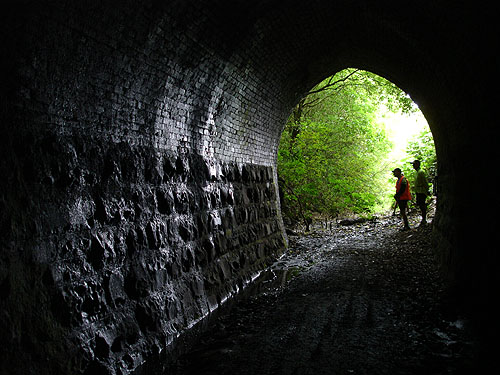 View from the road out to Nugget point 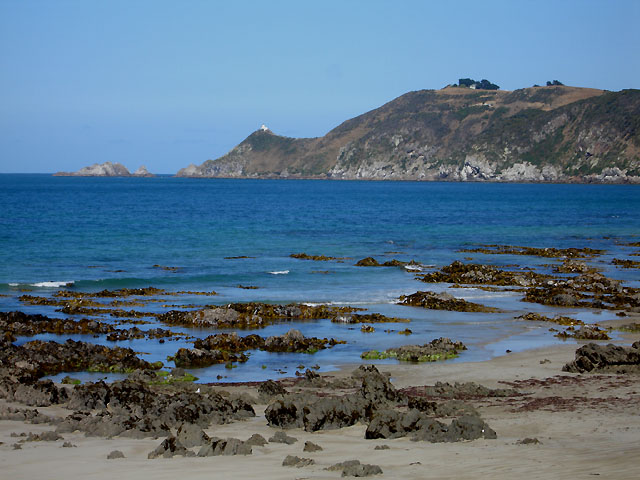 Nugget  Point and the Nuggets stretching out to the east. 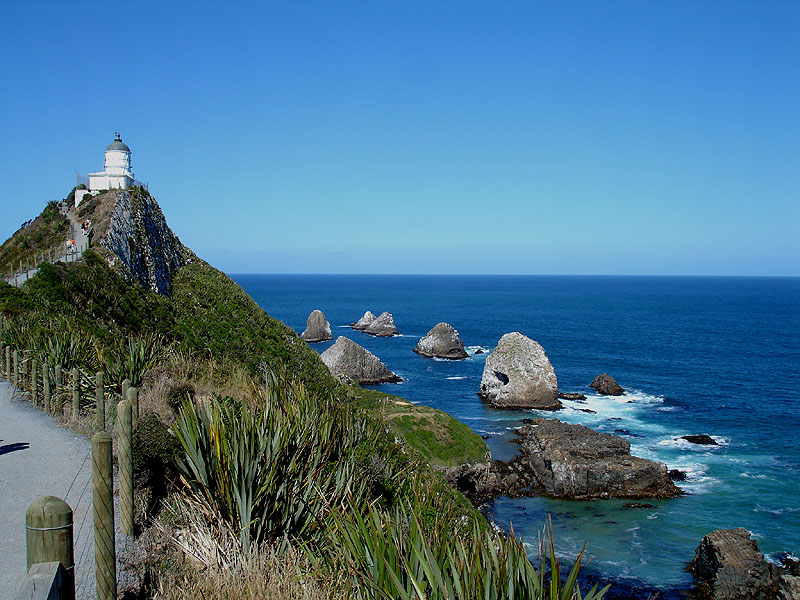 Locally known as “the Nuggets”, this is a prominent headland on the rugged and scenically beautiful east coast of Otago, 50 miles south of Dunedin and 19 miles south-east by road from Balclutha. A lighthouse on the point, first lit in 1869, flashes at 12-second intervals. On the north side of the point a cove affords shelter to a small fishing fleet, and nearby is a holiday camping area, Kaimataitai. The headland consists of a resistant strike ridge on steeply dipping hard sandstone, rising more than 400 ft above the sea.

The name “Nuggets” probably dates from the sealing and whaling era. The Maoris, however, knew it as Tokata Point. When Frederick Tuckett drew his map outlining the Otago Block which was sold to the New Zealand Company by the Maoris in July 1844, the coastal boundary is shown as running from north of Otago Harbour to Tokata Point. On Tuckett's map the point has eight off-shore rocks which are shown as the Nuggets. There are approximately 20 of these rocks, each of which had a Maori name. 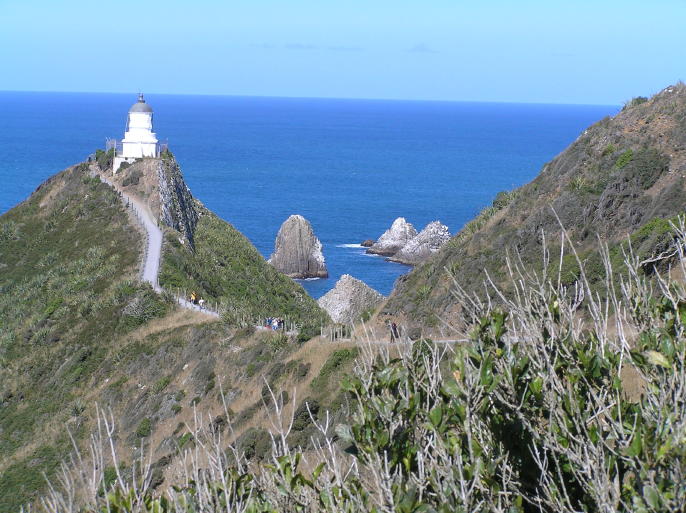 John G on his way back from the light. 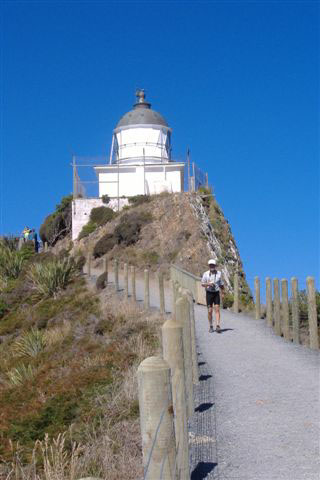 The last day of the trip had to come, and this is it!

We are about to leave the coast at Kaka Point. 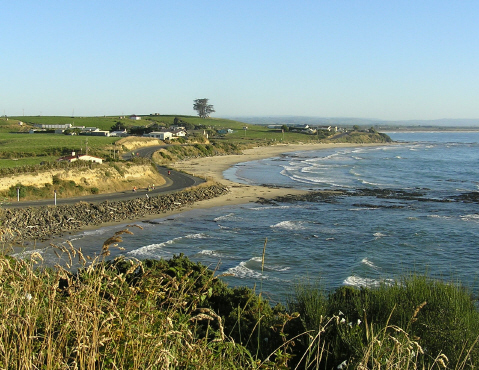 SH 1 crosses the Clutha at Balclutha. 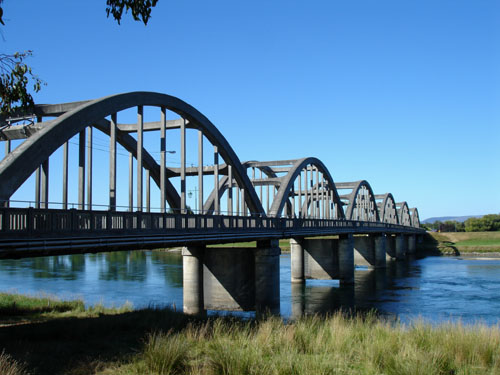 Does Imelda live on this property near Lake Waihola???. 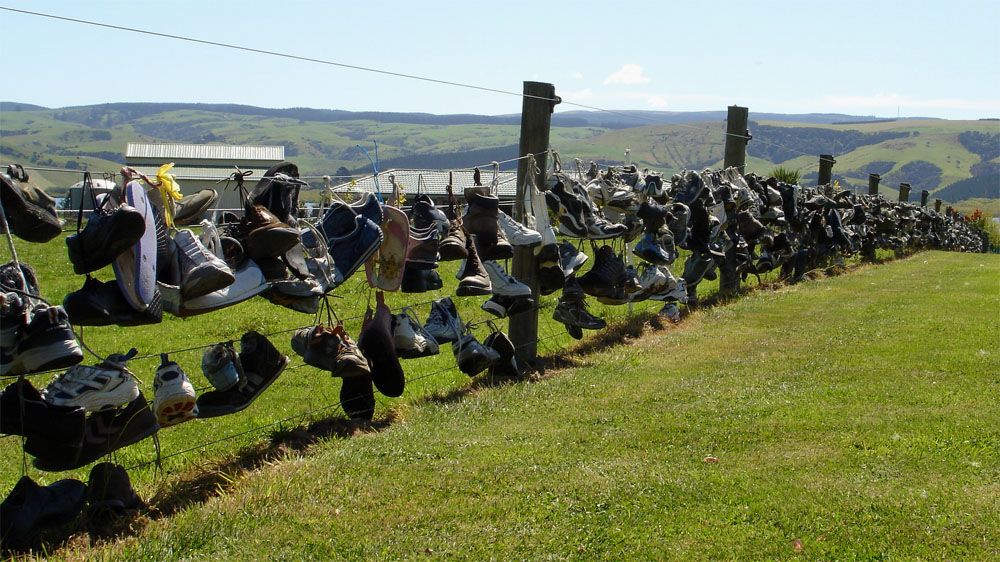 And so the sun sinks slowly in the west, etc etc etc.

A lovely evening to end a great trip. 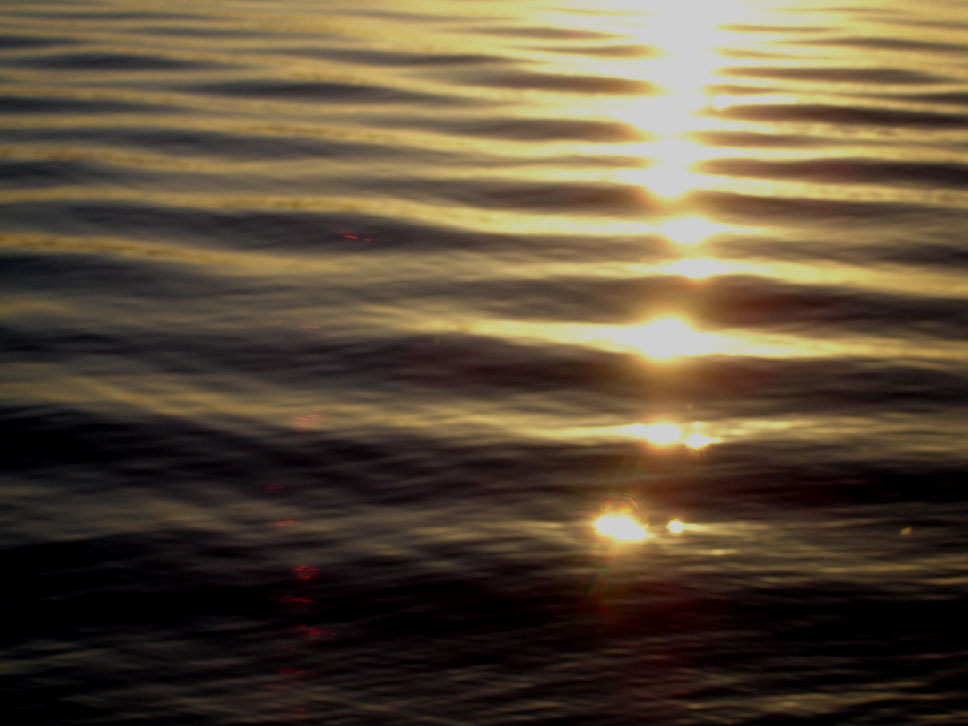 This was the view on the Sunday morning as the last riders departed Waihola. 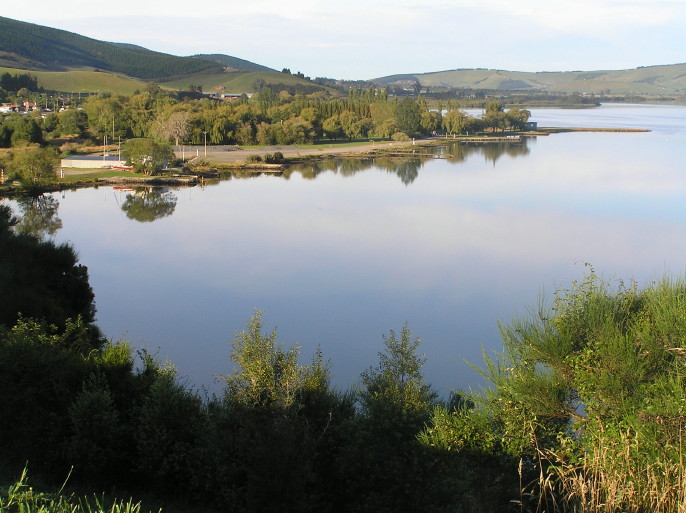 And, if any one doubts that it can be fine in Dunedin, this was the view from the aircraft heading north. 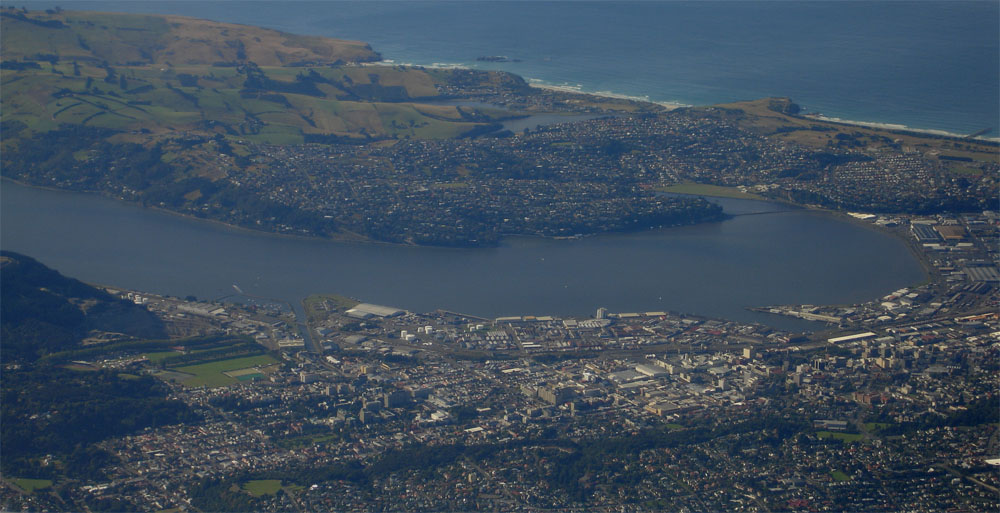 And that is the end.